This is the first time I recall ever playing a lawyer in a video game who not only solves crimes but defends the cases as well. The game plays out relatively in the same pattern of events each case, 1) A murder or crime takes place, 2) You investigate: be it checking out the scene of the crime, interviewing witnesses or reviewing evidence 3) The case goes to trial where you try to find the contradictions in the witnesses testimony to prove your client innocent. Investigating before and in between the trial is imperative so that you can identify the contradictions and back it up with hard cold facts. While listening to the testimony you have the option to “Press” the witness. This is an action that forces the witness to provide more details about the facts they are providing and can be especially useful if the contradictions are not blaringly obvious. This can also be helpful in identifying the right piece of evidence to support your contradiction. You will know that you are on the right track because the characters start acting differently (shocked, scared, panicked etc.). Even the opposing counsel may take on a panicked appearance if you start finding flaws in their case. When all of the evidence has been presented and contradictions found you will get to 4) Finish Them Off. Go in for the proverbial kill and win the case for your client and have the judge declare them as Not Guilty. Each case pretty much works like this, but with different facts, curveballs and of course story arcs to mix things up. 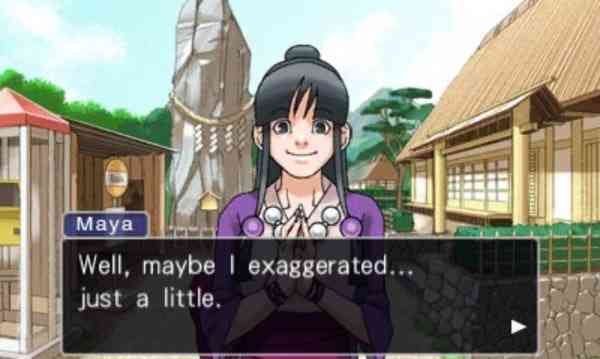 It is important to say that this game is harder than it sounds, you really do have to look in the right places and present evidence in the right order or at the right time to be successful. The title boasts some really good twists in the story that a seasoned mystery pro like myself didn’t even see coming especially at early parts of the story. There are consequences for Phoenix if he presents evidence that shows neither the contradiction nor where his line of questioning is going. Do this too many times and the judge will throw the case out and your client will be found Guilty. The game can also be surprisingly frustrating during the trial portions if you just can’t seem to find the contradiction and you keep going around in circles listening to the testimony and pressing the witness over and over again. If you feel you are on the right track I recommend saving the game which can be done throughout the game, so that you don’t have to start over at the chapter start if your case goes astray.

Having three different story arcs to play through is fantastic, adds a huge amount of gameplay, puzzles to solve and gives you a continuous story to follow. Sometimes it’s nice to play games that have had additional games released in the series as you don’t have to sit around waiting for the next installment to get another fill of a favourite character. This release though is the first time the title has come to gamers on 3DS and the visual 3D effect worked well for this title. Overall the title is chock full of intriguing and humorous storylines, witty play on words and names and is just downright enjoyable.

The graphics are of an Anime style which does make sense considering that these titles were made in Japan to start off and were imported over for the North American audience. The way some of the female characters are crafted (large breasts, small body) definitely cement the fact of the typical Anime art style. The images play out like an animated comic book with stills of scenes passing by. The characters have a few poses that they switch between based on their emotions (looking down when scared/sad) looking straight up when happy excited. Phoenix also has his own series of animated actions, like his objection sequence tossing up his finger in accusation, slamming down his hands on the court table etc. The text style used throughout the game for the Objection and Take That also follows the Japanese styling as well and adds to the comic book feel. As mentioned before, this game is released with the 3D feature and this gives the images primarily more depth. 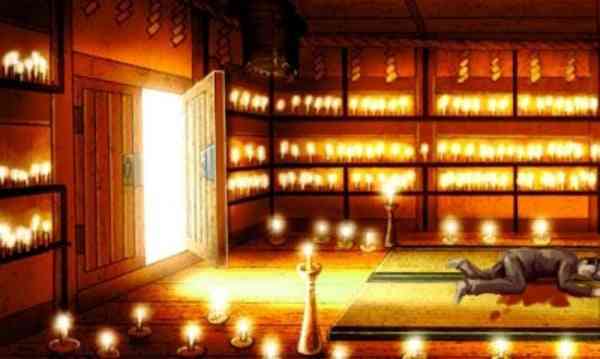 The sound aspect of this game has to be the least remarkable. There is some instrumental music that plays in the background and fits the mold as expected maintaining a good tempo for investigating crime scenes, adding a sense of dread when a murder is happening or speeding up the tempo when things get tense between Phoenix and the prosecution. There are a few sound clips of Phoenix or the opposing counsel speaking “Objection”, “Take That” but mostly the text is on the screen and you hear the click clack of printing as the letters appear. Sound on or sound off, this game doesn’t really impress in this department so it’s up to you.

Phoenix Wright: Ace Attorney is a win in my books. The story was fun, the characters amusing and it was challenging. This game doesn’t just give you the answers or make it easy to win and this will keep you coming back for more. Fans of anime styled games, murder mysteries and puzzles should definitely get a kick out of this one and three games in one makes it a bang for your buck. 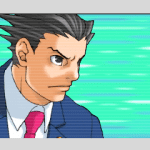 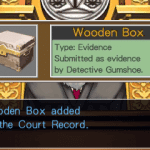 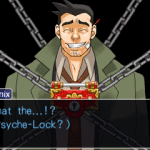 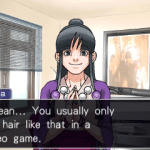 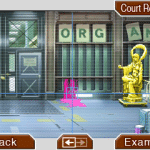 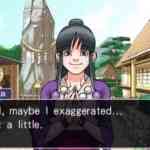 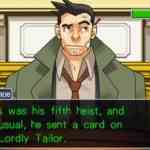 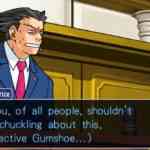 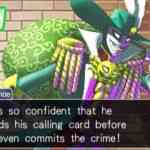 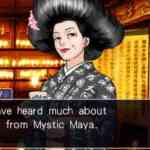 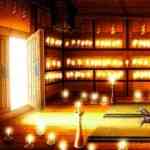