One of the reasons I shy away from RPGs is the amount of time that gets investigated in battling and learning all the stories of the game. It requires a lot of hours and when you have kids, those hours become few and far between. Kingdom Hearts HD 2.5 ReMIX is one of those games that is unquestionably a time commitment. With Kingdom Hearts 2.5 ReMIX (KH2.5) you get two whole games: Kingdom Hearts 2 (Final Mix) along with Birth by Sleep (Final Mix) which is a PSP game that was only released in Japan. Along with these two games we get Kingdom Hearts Re-Coded which is essentially all the cut scenes from a mobile/DS version of Kingdom Hearts.

Graphically, this game doesn’t even come close to today’s standards. That said, it has been polished enough to make it bearable to play. Sometimes when you play older games your brain starts to hurt looking at the horrible graphics which thankfully is not the case with KH2.5. The art style is amazing and I absolutely loved the anime art style which is prevalent in Square Enix games. The way the development team maintains the looks and fell of our favourite Disney Characters but with an anime infused twist is simply fantastic. Who doesn’t want to adventure in worlds inspired by the Lion King, Tron or Pirates of the Caribbean? 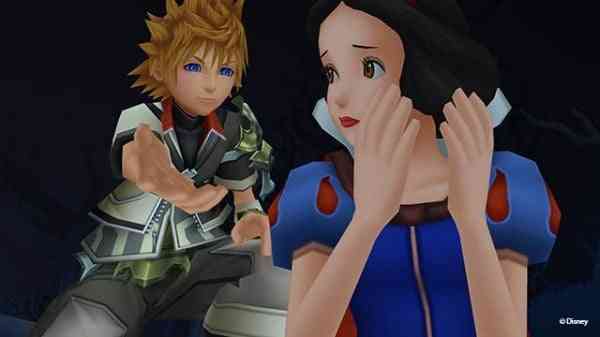 The voice acting comes through in leaps and bounds with an amazing cast with one my favourite voice actors Leonard Nimoy,who voices Master Xehanort. Along with the great Leonard Nimoy, we have other great talents like Jason Dohring (Veronica Mars) along with a host of young actors your kids are more likely to recognize like Meagan Martin and Jesse McCartney. With the great voices we are surrounded with some of the best music I have encountered in a video game and it really holds up over the years as a top notch musical experience. A good chunk of the soundtrack has been remixed and the result is impressive. I compared some of the music from the originals to the remix (courtesy of Youtube) and although the music has been remixed you can tell they took their time to keep the themes of each score the focal point and only enhanced the musical atmosphere.

Gameplay is pretty typical of what most RPG fans have been accustomed to. Newcomers might feel this is a pure button masher but as you progress and unlock new moves you will also unlock new strategic aspects. Incorporate some of your Disney favourites as party members with their unique abilities and you add another layer of depth to an already strategic game. Although the strategy does become important, something that did make it difficult to formulate was the inconsistent camera that seems to pop up in the game especially in Birth by Sleep. I suspect this is mainly because it was originally released on PSP and just didn’t translate well to its new platform.

The story aspect of the game was daunting to say at least. Not only do you have almost three whole games to go through which adds up to a boatload of content but there is so much going on that I had to go and read about what happened in the previous game . I even had to reference it while I was learning the story in the game because parts of it didn’t make a lick of sense to me. It seems even hard-core fans of the series have a hard time keeping track of the story so I was definitely not alone in this aspect. However, in spite of the confusing story there is a lot of good story arcs to keep the game going. 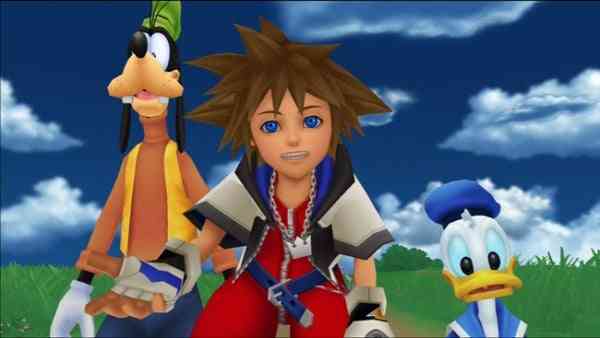 Finally we have Kingdom Hearts Re: Coded which really is a movie where you can learn more about the story but really it only adds more confusion to the story line. This being said it definitely provides some more background for people getting ready to jump into Kingdom Hearts 3. Although the “movie” was interesting to watch I almost felt it was a waste of disc space as it didn’t provide a whole lot to the overall package of the game. With over 100 hours of gameplay, do we really need the movie?

There is no question Kingdom Hearts fans will enjoy Kingdom Hearts HD 2.5 ReMIX. Even for those new to the franchise, this is an excellent place to start. The characters, worlds and story (although confusing) are really great once you figure it all out. There are some control and camera issues that didn’t pass through time very well but it does not break the game and is something you get used to over time. If you’re a fan or just curious about the series then Kingdom Hearts HD 2.5 ReMIX is a great buy for those still clinging on to your PS3.