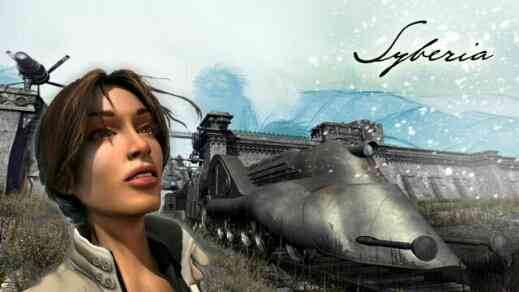 Many years ago, before motion capture and console wars and when games actually worked on their release date, there came Syberia. An adventure game that struck a chord with gamers and critics alike and still makes its presence felt even today with a sequel in the works and a re-release for today’s gamers. While Syberia remains a beloved cult classic, it feels like yet another re-release is beginning to show the more than a decade age of the game.

The plot of the game follows Kate Walker, a lawyer tasked with finalizing a sale of a toy factory in the dilapidated town of Valadilène in the French Alps. The sale immediately hits a hiccup as the owner of the factory has just died and things become complicated even further when Kate discovers that the brother of the factories owner, long believed to be dead, is in fact alive and the heir to the factory. This is preventing its sale until Kate can get him to sign off on selling away all of the rights to the factory. The search to find the heir takes Kate on an incredible continent spanning journey towards the legendary Syberia.

Having played this game many years ago, I never quite understood it. It wasn’t until years later as a I studied the intricacies of the story of Kate’s professional and personal journey across Europe that I fully appreciated just what an amazing story this game has to tell. The story, while perhaps not as compelling as it once was in comparison to what is offered today, is very in-depth with its elements of fantasy and steampunk to colour the world as you solve the puzzles and meet the interesting and often crazy characters that help you find the missing Hans. There is also the sub-story (because it’s not quite sidequest material) of Kate’s personal life back home that is told through various phone calls. The pressures of her job, her deteriorating relationship with her finace and friends helps build Kate’s character as she helps the other people she encounters along the way.

With its re-release on the PS3, Xbox 360 and to mobile platforms, I would love to tell everyone to scoop this off the PSN right now simply because of how much I like this game… there’s just a few details preventing me from gushing my recommendations everywhere. 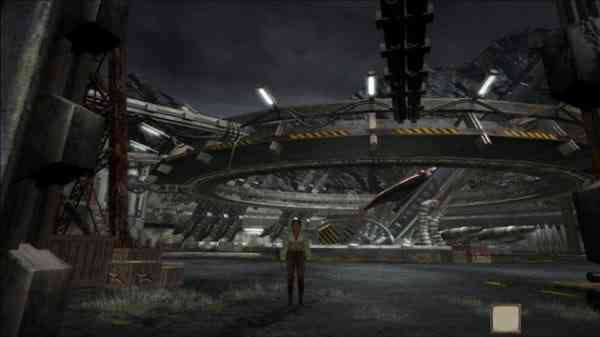 This version of Syberia is not a remake nor is it remastered. It is, with a few tweaks, the same game I’ve played before. With its 3D models on painted backgrounds, it looks much like a game of the past generations of consoles. While this stands as a testament to how far graphics have come, it also stands as a test of your ability to play previous gen games. The controls are also basically the same. You run around and uncover clues on each screen to help propel you through the story and the controls still handle much like they did upon first release. On the PS3, they tend to be clunky and tedious and sadly, is quite a detractor from the game. The controls led to more frustrations than anything as it made it difficult to interact with objects at times or, this happened more often, move properly to the next screen which leaves you retracing your steps unnecessarily. While my enjoyment of the game allowed me to easily endure how ultimately dated such a port brings to the table, I can’t help but feel that there isn’t a big audience willing to do that too.

If you’re looking for a bit of nostalgia, then Syberia is for you. It does date itself with its visuals and controls, but sometimes that’s the appeal of sitting down to re-releases of old gems that you may not have access to otherwise. While the game itself remains intact, the controls are frustrating and the graphics could really use a paint job. Also, the tab for the game on the PSN is a little steep at $14.99. With a third Syberia lurking around the corner, a re-release of the first game seems like a great plan. If you can get around a decade old port with clunky controls for the sake of a great story and playing a criminally unrecognized gem, great! Unfortunately for all, it does feel like that is quite a lot to overcome when it all comes down to it.