Developed and published by nDreams, Phantom: Covert Ops takes your James Bond/ covert black ops, summer blockbuster dreams and rolls it into a fun – albeit narratively formulaic – experience. A Russian terrorist organization is using a previously demolished base to develop a powerful and destructive chemical compound and you have been sent in to gather intel and get out, armed with your typical stealth features and gear, all operated from your trusty… kayak?

Hear me out, I know it sounds strange, but the game is played entirely from your kayak and it works so much better than you might expect. One of the biggest issues in VR comes from its locomotion; your eyes tell your brain you are running, jumping, moving, and otherwise active while your body disagrees. Locomotion in Phantom: Covert Ops is dependent on your trusty paddle and features exceptional water mechanics to get around. You’ll need both hands to take hold and use your full range of motion for top speed. When I first started playing I was merely dipping it in the water until I realized if I wanted to really get going I needed to treat it properly. It feels so satisfying to master hard turns, build up speed, or even stop abruptly all by using your paddle correctly. Since you use your arms for locomotion and your character is perpetually seated, I was able to play for hours without any negative effects to my head or stomach which made it easier to keep playing longer.

A Summer Blockbuster From You’re Very Own… Kayak?

What kind of covert ops specialist would you be without the typical loadout of gear? Strapped to your chest is a silenced pistol, on your back is a submachine gun for when you are in a pinch, and on the right side of the kayak is your sniper rifle. As stealth is the name of the game you want to make every bullet count, so taking the time to plan your attack and line up shots is crucial. I occasionally encountered high-value targets that need to be neutralized, so I picked up my sniper rifle and was not prepared for that level of interaction. You’ll need both hands on the rifle, and as you raise it to your eye the view will switch to a single lens as you look down the scope. It’s a fantastic touch and one that I had an absolute blast using once I was familiar with it, but given that the game doesn’t teach you how to use it I was caught off guard at first.. On your lap is a pair of night-vision goggles which you can use to spot targets, distractions, and explosives. You also have two open bags: one for ammo clips and one for throwable objects like noise emitters. If you run out of ammo you’ll need to grab the right clip and slap that in place in a monumentally satisfying way. 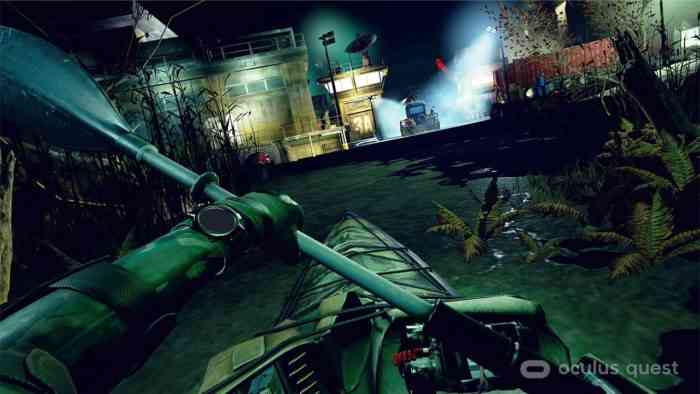 Phantom: Covert Ops does a great job of making you feel like an experienced operative rather than a rookie like so many games like to do. You’re a stealthy badass and even at the most intense moments it’s easy to keep your cool and remember that you are a top-ranked agent. Every mission has places to hide and prepare your plan of attack, whether that is under a catwalk or in the reeds. You might find that enemy AI is less than stellar, but as noted this game is more like a summer blockbuster than a real sting operation. Enemies will react to distractions or be oblivious to certain things but it never felt like it was too easy for me. Phantom wants you to succeed at being a methodical covert agent and it gives you all the tools to do so. In fact, you can go entire missions without being spotted or taking a single life. Each area has an objective that can be completed any number of ways: manually shut down a generator by finding the control panel, or shoot out the power supply? Cause a distraction and slip by or just headshot the enemy? For being stuck in a kayak, you have a surprising amount of freedom.

I also want to point out just how beautiful the graphics are here. It won’t compete with next-gen to be sure, but the detail here is undeniable. The water looks great, your surroundings have beautiful textures. It reminds me of those fantastic 007 games on GameCube but even more brilliant and fluid. Environments are understandably a little bare but provide all the necessities to keep moving forward and provide options on how to approach a situation. Phantom: Covert Ops has been one of the most engaging and immersive experiences I have played in VR so far due largely in part to its grounded realism. 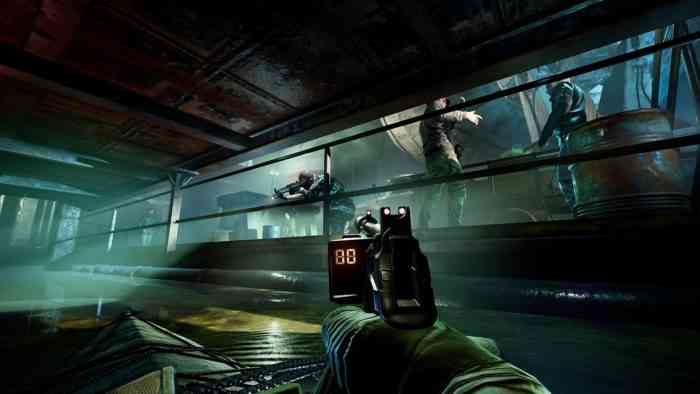 While it seems strange at first, Phantom: Covert Ops has been one of my best experiences with VR to date. Despite playing the entire game from within a kayak and a formulaic narrative, the meat of the game comes from its impeccable mechanics and immersion. Phantom: Covert Ops uses realistic water physics for its locomotion in a way that lets the player avoid any feeling of nausea or discomfort. The layout of your gear is convenient and easy, and the control scheme takes minutes to master. It’s an exciting experience that puts you in the shoes of a special agent and you feel empowered while playing. For fans of stealth games who are just getting into VR this is an essential experience, and one that sets the bar for stealth in VR. 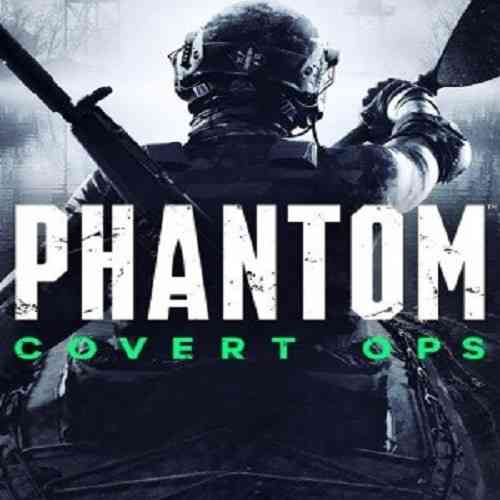