“One more TIME!” is the catch phase I kept uttering every time I had died in a level when playing Penarium. A game where, on the surface, it might seem like a simple 2-D retro style platformer, but in reality it is a truly a complex and HIGHLY addictive game with filled with blood shed. Yes, you read that right, “addictive blood shed”.

The story of Penarium is that of a young boy named Willy who is bored with his simple life of living with this dad on their farm. So, he does what he thinks is the most logical thing, and what many kids have dreamed of, he runs away to join the circus when it passes through town. But this circus is definitely not what it seems, as Willy is forced to perform death-defying tricks for the sadistic crowd who love every minute of it!

The campaign mode focuses on 30 challenges across 3 different arenas ranging from easy to “scream-at-the-TV” hard. These challenges have quite the variety of tasks that you need to complete to beat the level, such as smashing barrels, staying in a moving spotlight, or hitting coloured buttons in the right order (like the game Simon). Sounds easy right? Well, did I mention that you are trying to do these challenges while trying to avoid being killed by things like laser guns, rockets and circular saws. No big deal right?

Gameplay is easy to pick up and play. While it might seem simple at first to just jump around and avoid things, the game takes complete advantage of the controls and puts your gaming skills test as you master them with quick reflexes. Controls are tight and responsive, with a double jump that comes in very handy to avoid obstacles. Each level is a single screen for you to “perform” for the crowd of frenzied fans, but you do have the ability to go from one edge of the screen to the other (Pac-Man style as I like to call it) in your efforts to survive.

“Visiting the sadistic circus is definitely not what it seems. You will find yourself enjoying the majority of your time at Penarium.”

After you have completed the campaign mode, I highly recommend trying out the arcade mode which allows you to compete against other players for a high score on the leaderboard. Here you also gain coins, which unlock various power-ups that you can use during play. This adds a level of progression to the game and encourages you to continue playing. Lastly is the multiplayer mode, where two players are able to join together in some couch co-op or play head to head locally. Scoring comes from how long a player stays on a switch. I found this to be a nice break from the campaign and arcade challenges as I was able to try to avoid obstacles and try to knock my competitor to their death.

Penarium features some beautiful and detailed visuals. The best way to describe them is a perfect mix of 8-bit and 16-bit graphics. And that of course this includes all the pixelated blood and body parts when Willy comes in contact with one of the various traps. If I were to have to mention any gripe it would be a minor one as there is a limited amount of arenas, which limits the chance to have some variation in the actual levels themselves, but what is available is pretty amazing. That being said, I have heard that there will be free DLC for this game, which I hope equates into some new and very different looking levels. 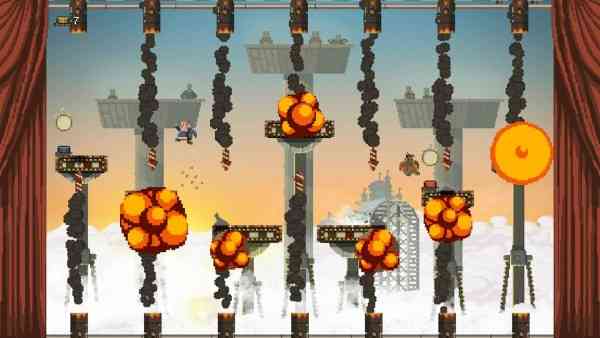 The only problem with Penarium is that it is highly addictive. so one can say that this is a good problem to have. Playing a level over and over again to complete a challenge, or get a high score, keeps you saying “just one more time”. This is because the controls are perfect, so every time you complete a challenge you feel a great amount of relief and excitement. When you die, you know it’s your fault and the game has a way of making you want to play again and again.

Visiting the sadistic circus is definitely not what it seems. You will find yourself enjoying the majority of your time at Penarium. The graphics and controls draw you in and make it easy to play. The charm and difficulty is what makes you stay. 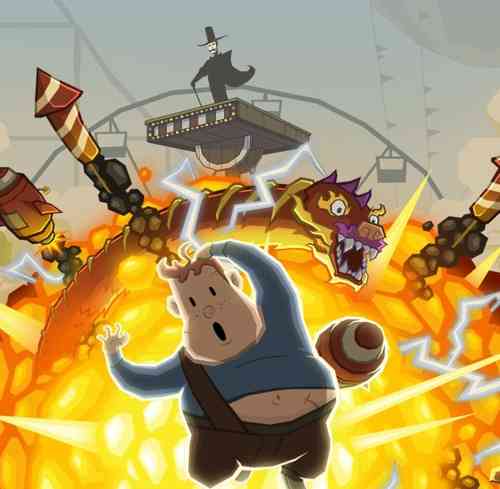