Extreme Exorcism Review – Only Play This If Christ Compels You

Up to the plate, is another couch co-op game, a genre I seem to be reviewing a lot of as of late. Having not been overly impressed with the past titles, I was really hoping that Extreme Exorcism  could give me a truly amazing couch co-op experience. Sadly, it did anything but.

Visually speaking, the developers Golden Ruby Games do a great job getting that haunted feel  throughout the game. Living in a home with some Ghost Adventurer fans, I’ve seen my fair share of haunted places. Flying books, dusty coffins, cob webs, melting candles, dank wine cellars and ectoplasm lend to the haunted atmosphere that has been crafted in glorious 8-bit style. Even the look of the ghosts themselves crossing the screen reminds me of some scenes from the 80’s classic Ghostbusters.

The music though is quite simple and doesn’t inspire the eerie spookiness a ghoulish game should have.  It almost felt too upbeat to my liking. The sound effects on the other hand, the boom of the shotgun, rockets scorching across the screen, the brap brap of a gun or the explosions from the aforementioned rockets all lend well to the 8-bit graphics.

As with all couch co-ops you need a trusty co-op partner which lately has been my eldest son. With controllers in hand we jumped in and started with Competitive Arcade, a level where your character starts off with nothing. However, you quickly see some weapons spawn and we began to pulverize each other with baseball bats, guns, rocket launchers and axes. The interesting aspect of how the weapons work is that as you collect them you don’t toggle between weapons like most games, instead you launch all at once, be it a melee or missile attack. Though it might sound like this title can get a bit hectic it wasn’t so bad. My son picked up the game a whole lot quicker than I did, jumping around me and always getting to the weapons first.

“The unbalanced multiplayer, uninspiring music and repetitive gameplay are just a few of the more significant issues that dragged the entire experience down.”

After your character wins, you get the advantage of having a ghost that assists you. In a four player match, this might not be that big of an advantage as strategy could come into play; however, in a two player game it makes the game unbalanced.  Once you have the ghosts assistance, it’s hard to be beaten.

In the solo portion of the game, you take on the role of Mae Barrons, an Extreme Exorcist. She has the skills and supernatural powers to rid ghosts from wherever they reside. Apart from this tidbit, there isn’t much of a story beyond Mae wanting to destroy some ghosts and send them to where they belong.

The solo part of the game is a similar experience to the multiplayer. The first segment of each level is a battle against a possessed chair, followed by a battle against one of the ghosts. It’s interesting to note that while you battle the chair, the ghost studies your movements and mimics them in the next round. After defeating this ghost you are faced with another pair of ghosts where one mimics the first round of play and the second mimics your second round. Of these two ghosts one will be wearing a golden crown which signifies the ghost that you must kill to move on to the next part of your objective. The trick with these ghosts is that they will only mimic your actions for a while before eventually acting on their own. This brings chaos to the screen as these ghosts fly around trying to bring you to your death. 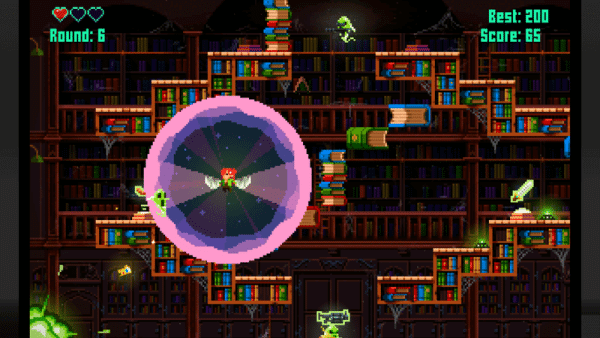 You only have three lives in the game so you must be careful planning how you move around. This can make or break level completion when it reaches its peak chaos levels. Strategies like limiting what weapons you use earlier in the matches or even leading a ghost on a wild goose chase to prolong how long it stays in a spot can help you get an easier win. Another aid in the game is the Extreme Exorcism power which grants you angel wings  and allows you to exorcise ghosts from future rounds to level the playing field.

In addition to the solo and co-op modes, the game also has challenge levels with different objectives. In the first level, objectives ranged from, “defeat the ghosts”, “get 10 kills”, “get X amount of kills before a certain round” or “finish five rounds by killing the crown ghost only”. Not being that great at this title, this is as far as I got. I can only imagine how much harder the next four tiers would be as it goes up to a 5th tier to challenge players. Even though I wasn’t the best at these modes I did find these levels a lot more enjoyable than the co-op portion of the game. There was a lot more variety to keep things interesting rather than the same objective over and over again in a different skinned level.

While reviewing Extreme Exorcism a series of bad luck events took place. I sliced my finger open, got sick, and experienced intermittent internet issues to name a few. If you were the superstitious sort, you might think the game cursed me as I didn’t enjoy my time with it. The unbalanced multiplayer, uninspiring music and repetitive gameplay are just a few of the more significant issues that dragged the entire experience down. Sadly, Extreme Exorcism is going straight to the graveyard for me. 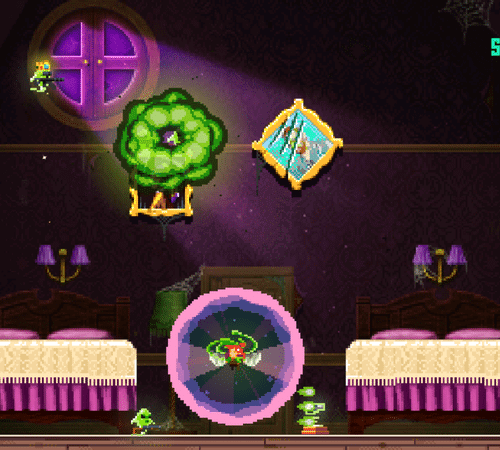 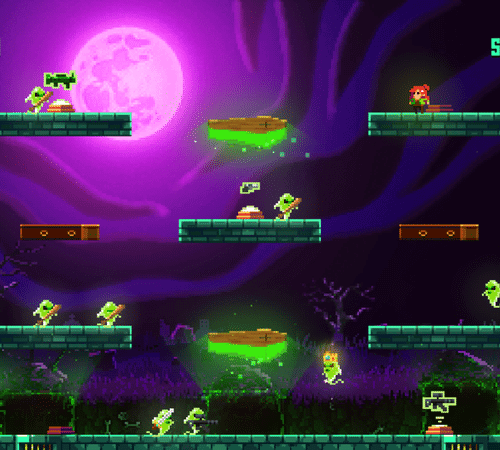 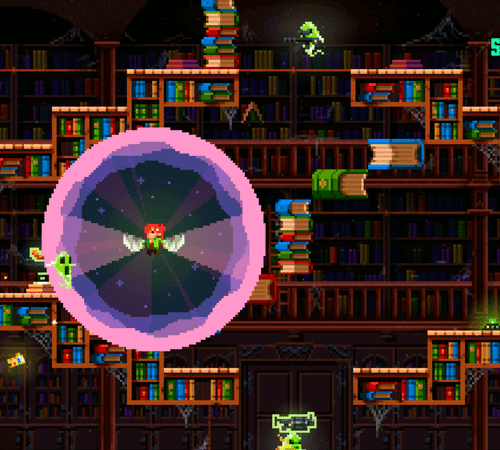 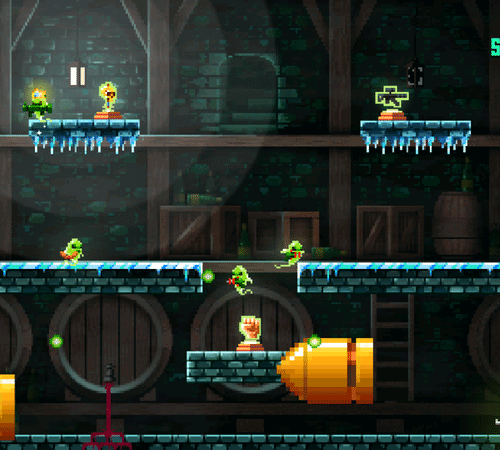 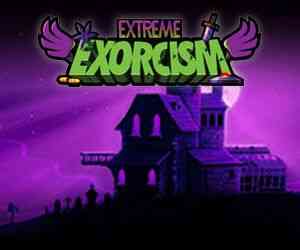