The Path of Motus Review – As Frustrating As Tripping Over Branches

The Path of Motus Review

The Path of Motus, developed by two-man team Michael Hicks and Gonçalo Antunes, is enticing, with its gorgeous artwork that shows off a young goblin as he navigates through the platformer adventure game that shares his name. Coming off other indie successes like Pillar, developer MichaelArts (read: Michael Hicks) explores the need for intellectual games in The Path of Motus with its focus on anti-bullying through the power words have to hurt.

The Path of Motus revolves around Motus as he tries to escape a forest that’s been trapping his people for generations. As he heads into the forest, he builds bridges through line puzzles and has to dodge or fight other goblins that attack him with their cruel words. He finds remnants of his father’s life as he adventures, and it becomes clear that, in some way, this is all a metaphor for real world struggles as he passes through an overgrown high school, an old factory, and other buildings from his family’s life. Depending on your choices, Motus can turn good or bad as you spare the goblins bullying you or hurt others with your words.

This story holds a lot of potential as a learning tool for children, but as it stands, the writing is too complicated and abstract in many places for the age range that most needs to hear this message to understand it. And yet, sometimes the writing is painfully obvious—the notes Motus finds dispense with any level of subtlety—but I think the balance is woefully off, as there were parts of the plot I didn’t understand as an adult. Many things need to be filled out before I would recommend it as an anti-bullying tool, especially since I didn’t understand the mechanic about avoiding conflict until I was told I was a bad person for it. Only some of the bad guys, it seemed, could be avoided, but how could you tell them apart? And some of the writing, while not painfully difficult or obvious, is just…bad. I mean, aren’t we past having the only female character be a love interest yet? And even if we’re not, I didn’t feel the natural development to the point that I was surprised when that was the case.

Unfortunately, the game takes a sharp turn late in the story, just as the ending is at its most conclusive. Without spoiling much, the anti-bullying nature of The Path of Motus derails when the developer switches to a personal note with a live video about his own journey with video game development. While this live-action switch can work in both games and animation, subverting expectations and changing the format raises serious questions about the purpose and focus of the game. My Motus walked out a couple minutes into the presentation, angry that I was seeing PowerPoint slides in what had been, until then, a gorgeous and cohesive (story-wise) game.

It really is a gorgeous game, too. Gonçalo Antunes, responsible for all of the art, did an incredible job of making the world Motus inhabits vibrant and real. I enjoyed every new setting that the game took me into, and the colors and animation make The Path of Motus beautiful throughout (with an especially stunning finale). The music, too, is perfect for the game and has that indie feel of having been recorded by a real person instead of being cobbled together on a computer. But the look and feel of the game aren’t enough to save it from its story and clunky controls.

Those clunky controls are another major detractor to the gameplay experience. On PC, WASD, the spacebar, and occasionally the Shift keys are the essential components to the game, but this feels awkward as an adult playing it, let alone as a child whose motor control might not be as well-developed. Both the difficulty of the puzzles and the finicky controls led to some serious frustration during the gameplay, and if I were to have just picked up the game for fun (or had my child do it) I seriously doubt that I wouldn’t have left Motus stranded between two goblins yelling kid-friendly obscenities at him. At one point, I found myself stuck at a point where the audio had a person whispering “just give up” and “quit the game,” which had the terrible side effect, from a developer’s point of view, of genuinely making me want to quit the game and not come back to it. 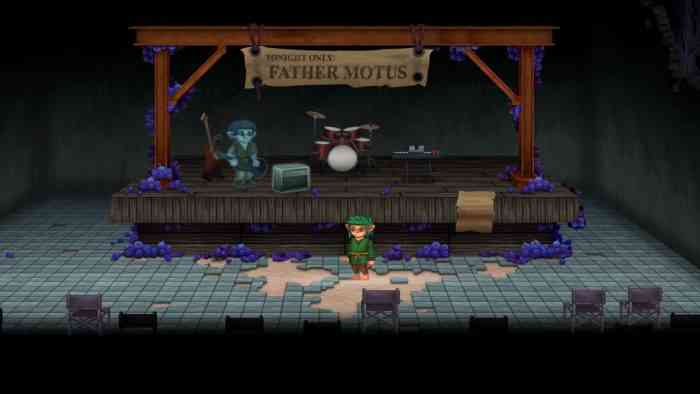 The last major problem with The Path of Motus is that it just didn’t work. The entire game quit unexpectedly between chapters, as the amount of art in the game was too high for my graphics card. And I didn’t play the game on an old desktop I dragged up from storage—I own a pretty standard, mid-level gaming laptop, and it had trouble bringing Motus’s story to life. While the developer was very responsive in fixing the issues, if my laptop isn’t good enough to play the game, then who is it being marketed towards? Is this developer expecting children affected by bullying to own the kind of computer necessary to play the game, to navigate the difficult gameplay and to parse the often-confusing story?

The Path of Motus is pretty to look at and has some good ideas, but it fails in its execution throughout, its story too simplistic for adults, and its gameplay too difficult for children. In the event that a player makes it to the end, the live-action recording of the developer’s childhood anecdotes is both distracting and frustratingly self-centered, and I cannot recommend this game when it fails to deliver on its basic premise. I have to say, though, stills from the game would make a good screensaver. 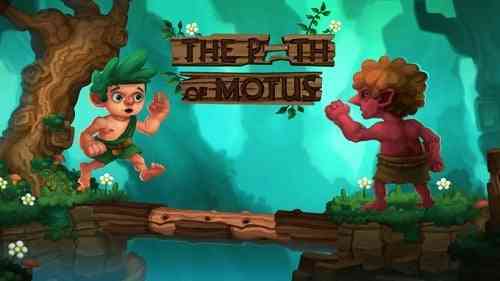