One Punch Man: A Hero Nobody Knows Review – Stop Pummeling Me

I’ll admit, I’m not great at fighting games. The complexities of titles like Mortal Kombat and Street Fighter elude me, no matter how many hours I put into them. So it would make sense then that a game like One Punch Man: A Hero Nobody Knows (OPM) would be right up my alley. The combat is easy to grasp, being simplistic enough for literally anyone to pick up and play, and the fan service for followers of the One Punch Man anime is excellent. It’ll never top the Mortal Kombats and Street Fighters of the world, but OPM potentially packs a lot of punch for the right kind of player.

There’s no question that the bread and butter of OPM is its ability to retain the humor of the source material. I’m not a massive anime fan, by any means, but the funniest show from the genre I’ve seen is One Punch Man. Saitama’s classic demeanor is just as hilarious here as it’s ever been – I dare say even more so since now you’re often the one controlling him. It’s a wild experience to be playing a more or less traditional fighting game, but utilizing a character that can’t be damaged and can defeat any opponent in one shot. But that’s the world of One Punch Man, and Chunsoft/Bandai Namco doesn’t shy away from it. OPM consistently embraces the kookiness of the material it’s based on and does a tremendous job in doing so.

When not playing as Saitama or one of the many characters included in the game from the show, you’ll be using your own created hero. Starting off, you’re nothing more than a lowly C class rookie, trusted to run simple errands and defeat only the most basic of villains. Completing missions for the Association HQ, however, will raise your rank. As in the show, you’re able to work your way through C, B, A, and S classes, with more challenging missions becoming available the further you progress. We’ve seen this exact system before with other Bandai Namco fighters, but I believe this mission structure lends itself best to the world of One Punch Man, as much of the show revolves around the ranks of heroes. 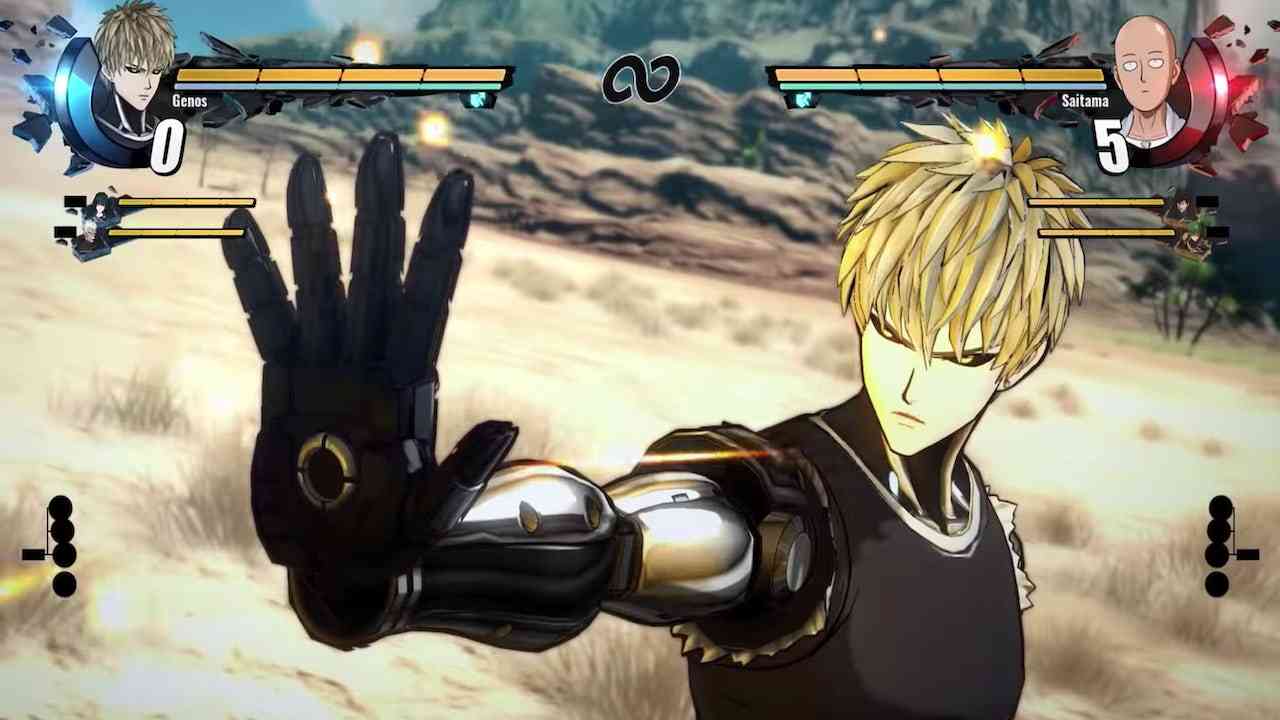 The inherent problem with the mission structure, though, is that there is a complete lack of variety to the missions themselves. I hope you enjoy the combat in OPM. Like, really enjoy it, because that’s all you’ll be doing. 90% of the missions feel precisely the same – fight a randomized enemy, and move on to the next task. Eventually, you’ll come across villains and characters from the show, but by the time you’ve put a dozen hours or so into the game, the honeymoon period with these other heroes wears off, and you’re left feeling like you’re doing the same thing over and over again. Thankfully, you’re consistently being rewarded with new items, pieces of furniture for your apartment, moves, and more. Even when I grew tired of what felt like the same battle repeating itself, the prospect of unlocking that next bit of gear always remained fun.

Easy To Get The Fists Flying

Luckily, I found the combat to be more than serviceable, and I was excited to get better each time I played. When broken down, things are excessively easy to understand. You have a light and strong attack button, a dodge/parry button, a modifier, and then a couple of ways to help quickly close distance. You won’t find any crazy button inputs or stick rotations to be necessary here, and as a novice fighting game player, I loved this. I felt confident coming out of the tutorial that I was going to be able to master my character if I put the time in, and I’ve been able to do just that. I can certainly see why the simplicity will turn off veteran fighting game players (and I can’t blame them, this game is easy), but for someone that just wanted to slap a few guys around and enjoy the world that’s been built, this worked phenomenally.

Knocking heads is fun, but it wouldn’t be if the game didn’t look as good as it does. Characters look great, and the use of 3D animation is a nice change of pace from what we usually see on the show. Environments can look lackluster, but things move so quickly that I hardly seemed to notice anything looking overly rough. The combat animations, however, do look a little janky, and it’s where you can mostly tell the difference between something like OPM and one of the industry giants like Street Fighter. That’s not to say that battles look bad – once you’re comfortable with dodging, parrying, and counter-attacking, fights can look pretty epic. But when compared side-by-side to Street Fighter, so much of the fluidity and elegance is lost. 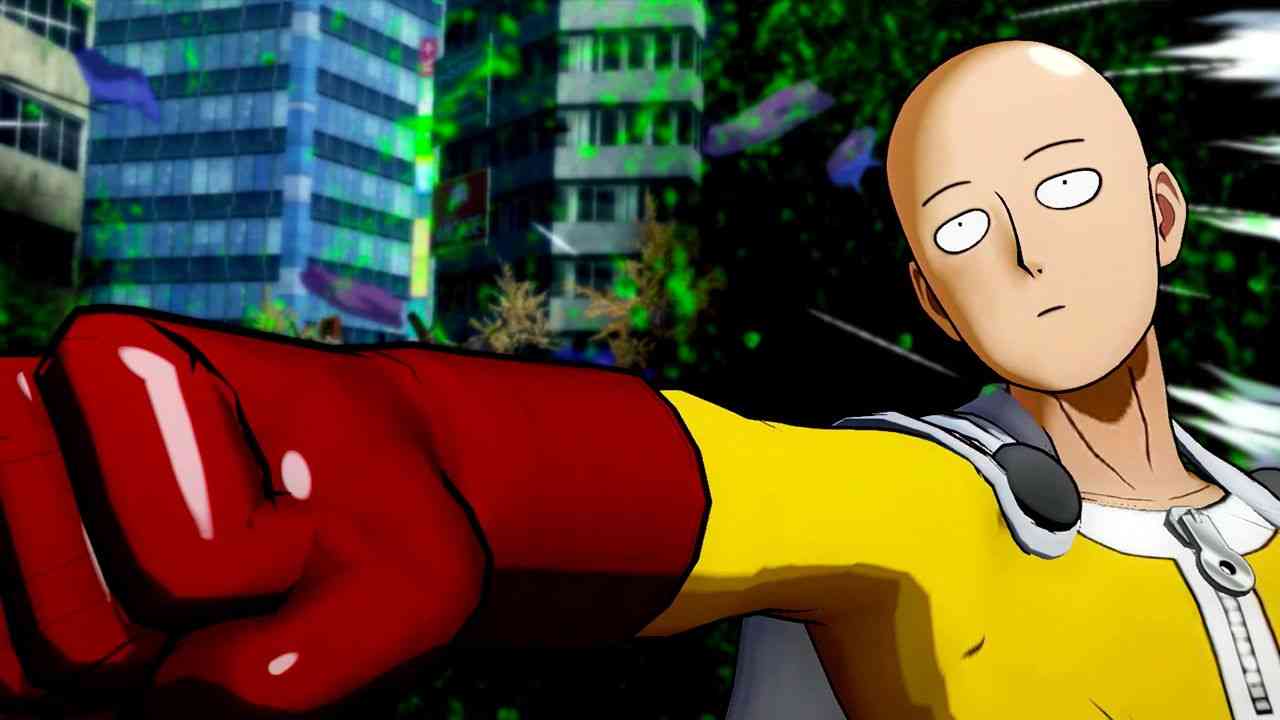 Minor bugs and annoyances will pop up throughout your time with the game, which tends to be the case with these Bandai Namco fighters. Significant slowdown will occur when traveling through the hub areas that are densely populated by other players. On top of this, and probably most annoying, is that almost every time I ran up to an NPC, whether it be a quest giver, vendor, or side character, it would take four to five seconds for the person to appear in front of me. It also seemed like every minute, or so I would be hit with another loading screen. As much as I enjoyed OPM, it doesn’t come without its faults. Spend any decent amount of time with the game, and you’ll see cracks starting to show.

As a fan of the world of One Punch Man, I really couldn’t ask for anything more. You build a hero from the ground up, utilizing a massive amount of unlockable content to shape and mold your character how you see fit. Want an enormous cardboard box on your head? Maybe you’d prefer to wear multiple pairs of sunglasses on your thighs? Or how about two Saitama masks covering both butt cheeks? All of this, and so much more, is at your fingertips, and at the end of the day, that sort of zaniness is what makes One Punch Man. The fighting itself is nothing to write home about – I guarantee you’ve played a better fighter. But if the simplicity doesn’t turn you off, and you enjoy the source material, OPM can be great. 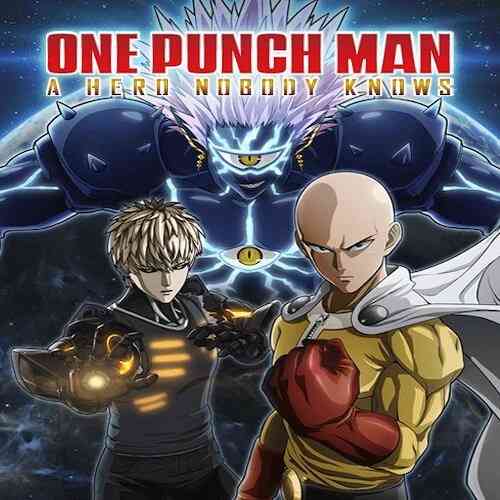