The development of One Dog Story is a tail that’s become all-too common these days. Originally created as an ambitious Kickstarter, developer Big Way Games had hoped to create a game full of unique and exciting ideas. There was talk of branching side-quests, multiple endings, fleshed out and memorable NPCs, and a plethora of varied enemies and locales. Sadly their hopes were dashed when they failed to reach their lofty fundraising goal, and while they did finally create a successful campaign for a different game later in the year, the One Dog Day they ended up with is a much more simplistic and much less original affair that fails to capture the potential of their initial intentions.

This unoriginality is evident from moment one, as ODS starts with a the now comically ubiquitous “amnesiac protagonist” storyline, albeit with an anthropomorphic touch. You play as EO-43, a bipedal dog in a blue jumpsuit who awakens without his memories in a laboratory infested with horrific creatures. Guided by a mysterious AI implanted into his brain, you attempt to make your way out of this dangerous facility while also piecing together your past.

“One Dog Story started out as an ambitious project, with many ideas and references that unfortunately seems to have fallen short when it comes to embodying its proposal.”

It’s a simple premise that’s executed using straightforward mechanics. Most of the game will be spent jumping over and around environmental dangers or blasting your way past hordes of deadly monsters as you climb up the levels of the lab. The farther you progress, the more obstacles the game throws in your way, usually in the form of a missing key card or random tool you’ll need to gain access to the next room. These are either found in specially-marked blue crates, or by finding the right samey lab coat clad scientist with a quest in need of solving – almost always a fetch quest for an item that can be found in an adjacent room. The weapons you pick up are also standard fare, including a blaster pistol, a shotgun, a rocket launcher, and grenade launcher, to name a few. There are a couple wacky additions as well, like a gun that launches chickens, but after a couple uses it becomes clear that they are more for style than functionality. 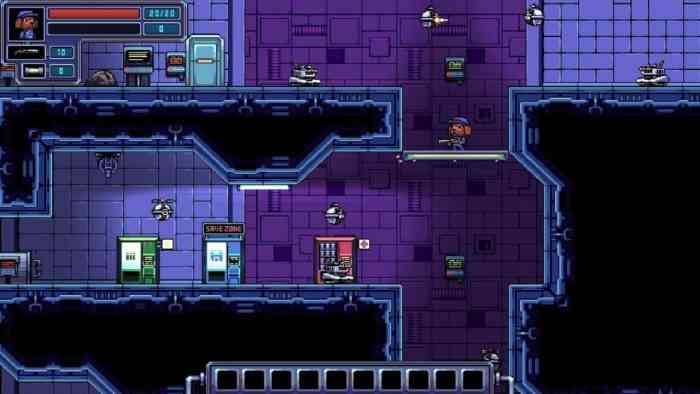 The only relatively distinctive mechanic in ODS is its mutagens, green canisters dropped by fallen enemies that can be used as currency for buying health packs, game saves, and weapon upgrades that deplete as you use them, all of which grow more expensive as you progress. This is a creative idea that could have offered moments of strategic decision-making if supplies were kept relatively thin. Unfortunately, the game loads you up with hundreds of mutagens very early on, and because enemies respawn each time you re-enter a room, the ability to farm mutagens ad nauseam circumvents any strategic potential.

It’s also just a bland looking game. The environments and musical tone are clearly inspired by games like Metroid and Mega Man and movies like Alien, but it lacks any of the imagination that brought those to life. The backgrounds are muted blues, browns and mustard yellows, there are only a handful of enemy designs reused with swapped colour pallets, and since there’s no map to speak of, I often found myself wondering if I’d been in my current level before.

All of that said, ODS does try very hard in one area, and that’s its narrative. Your journey through the lab will help you unlock the mysteries of your origin, both through flashbacks and journal entries in one of the numerous open computer terminals strewn across the game. The end is touching, especially if you’ve ever owned a pet, but I don’t think I was ultimately as invested as I would have been had been more evocative in its gameplay.

One Dog Story started out as an ambitious project, with many ideas and references that unfortunately seems to have fallen short when it comes to embodying its proposal. I was never fully engaged in the experience, and while I do commend Big Ways for pressing on and finishing the game, perhaps not every dog should have its day. 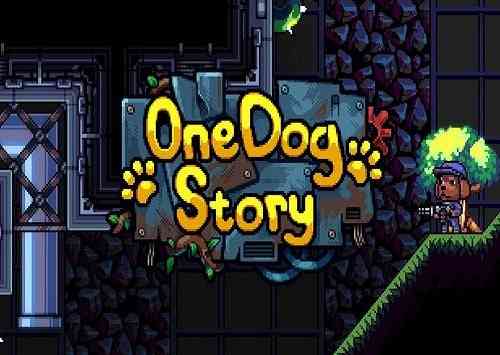 Hindsight Review – Unfolding The Past Through Memory
Next Guardians of the Galaxy Vol. 2 ‘Spoiler-Free’ Review – Fun but Some of the Magic Is Gone
Previous Puyo Puyo Tetris Review – Immensely Addicting Colourful Mash-Up