Just when I was beginning to get tired of the Switch becoming a port machine, here comes OlliOlli: Switch Stance to hardflip its way into my skater’s heart and change my perception. Yes, it’s still a port of Roll7’s slick and stylish OlliOlli games from 2014 and 2015, but man is these games enormously fun to revisit. Playing both games back to back is an absolute blast, and even after shredding all 50 levels and challenges and crushing some sick high scores, I still couldn’t put it down. For anyone who missed out on these the first time, you’d be mad not to pick this combo up.

OlliOlli: Switch Stance doesn’t add anything particularly new for Switch owners, but it’s awesome to have both side-scrolling skateboarding action games bundled together in one super convenient package. With over 120 tricks to perform, OlliOlli and its sequel OlliOlli2: Welcome to Olliwood are all about tricking and grinding your way through various stages and racking up as many points as possible. With over 50 unique levels, 250 Challenges, a Spots Mode, and a daily challenge (known as the Daily Grind), among other extended activities, there’s a lot to like about Switch Stance. And with OlliOlli2’s expanded combo system and split-screen local multiplayer mode, this one is worth lugging around to enjoy on the go and play with your buddies.

While I wouldn’t say that either game ever surpasses the heights of the Tony Hawk’s Pro Skater and Skate series, it does take the best parts of both franchises and mixes them in fine fashion. Like THPS, OlliOlli centres around earning high scores and completing specific challenges by chaining together an assortment of tricks and grinds. And just like Skate, holding and flicking the joystick in different directions will execute your trick set. The controls are simple for anyone to grasp, but learning the rhythm of OlliOlli’s gameplay is where you’ll be tested. 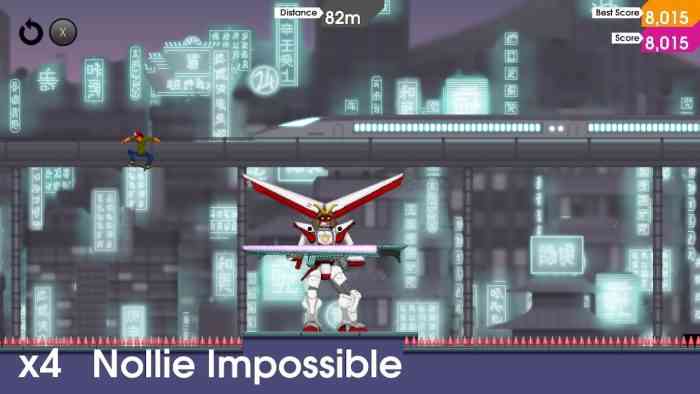 Pulling off tricks requires patience, precision, and near-flawless timing in order to nail that high score. Timing is everything in OlliOlli as you’ll learn to time your button presses at the right time so you can launch and land a trick perfectly. It’s easier said than done because one failed tap at the end of a massive combo chain can turn a successful run into a huge failure. It’ll take a bit of time to get into the proper groove of things but it’s a wonderful feeling when you can finally tick off a complex challenge like pulling a noseslide into a 360 hardflip or landing a bigspin into a slick boardslide after clearing a gap. And while it can be frustrating when you miss a landing, it’s hugely satisfying when you get it right.

It’s not just about the land though, perfecting a combo by chaining together tricks is where both games really shine. This is particularly true in the sequel, where the addition of the manual — just like THPS 2 did back in the day — really shakes things up for the better. Pulling off a manual means chaining combos throughout the entire level by riding on two wheels. It’s easy to pull off too and implementing it in your runs is vital in boosting your score multiplier and advancing to the next stage. Another great addition to OlliOlli2 is the ability to change to a different grind when you’re already in the midst of one. This coupled with better level design including branching paths and added revert moves makes the simplified gameplay formula feel new and more refined.

Skate or Die…on the Go!

While mechanically similar, going from the first to the second game back to back can be a bit jarring. That’s largely in part due to a distinct art style change that goes from a retro and pixelated look to a more clean, colourful, and more attractive style. It’s certainly debatable which one is more preferred but I can say the change is welcome considering the sequel feels more over-the-top than the original. 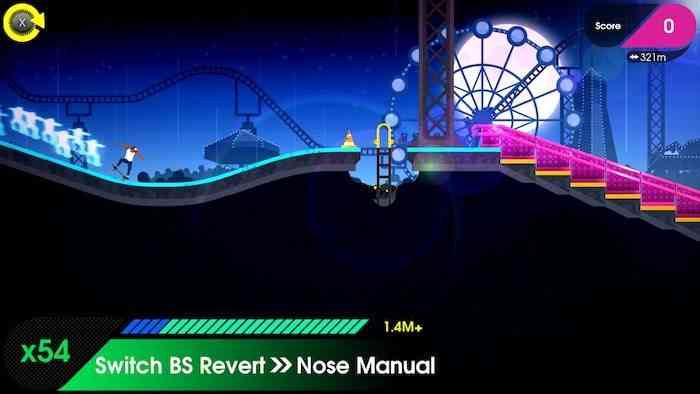 In fact, that’s really the main difference between the two games. The first OlliOlli feels fairly restrained and grounded in its purpose, while OlliOlli2 aims to be bigger and better in every way. An example of this would be in each game’s five unique areas you’ll skate in. The first OlliOlli features urban street courses, a junkyard, a port, a military base, and a futuristic neon city. OlliOlli 2, on the other hand, ups the ante with a diverse set of zany and exciting areas such as a burning Carnival of the Dead. Simply put, out of the two games, I kept coming back to OlliOlli2. Having said that, it’s recommended to play through the first one before diving into the second just so you can appreciate the changes.

In terms of overall difficulty, your mileage may vary depending on how much of a completionist you are. Every level has an Amateur and Pro difficulty with a specific set of challenges to complete. Accomplishing this task on every level will unlock the much harder RAD Mode, which will really test your skater chops. While I never got around to unlocking the harder difficulty on either game, I’m anxious to get back into the grind and see them through. The Switch’s portability means I can tackle any challenge at any time. And because each level lasts approximately a minute or two, OlliOlli: Switch Stance is the perfect Switch game to pull out even if you only have a handful of minutes. 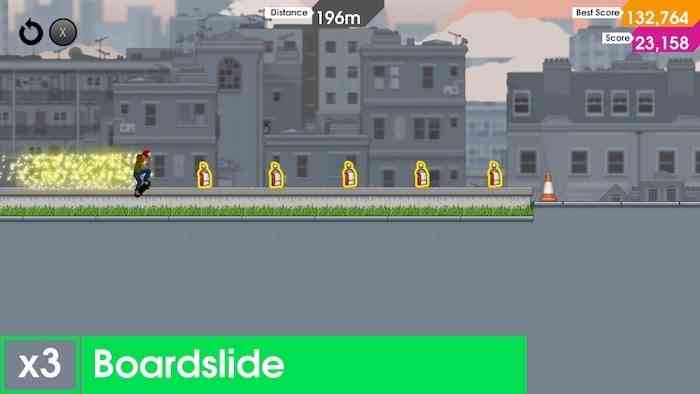 The only real drawback here is that I wish there was a way to switch between both games whenever I wanted to. When you first boot up OlliOlli: Switch Stance, you can choose which game to start but there’s no way to get back to this screen without quitting the game entirely. It’s not a deal breaker in the slightest, just a small annoyance in an otherwise hugely fun compilation.

Don’t let the simple aesthetic fool you, OlliOlli and its sequel are damn near flawless skateboarding games that hold up incredibly well in 2019. For one low cost, you get a super satisfying package that bundles two of the best high-score achieving games in recent memory. With a boatload of content and near endless replayability, OlliOlli: Switch Stance is an absolute must get on the Switch. Whether you’re a skater boi or not, olli ya’ll better pick this one up. 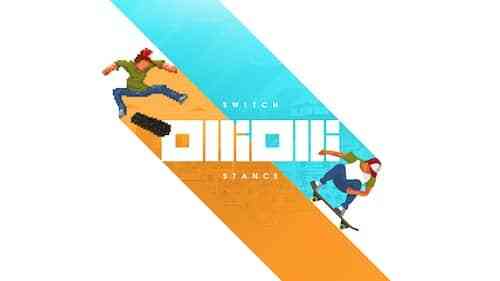