The original Steins;Gate video game was released in 2009, followed by an anime series that came out in 2011 after a very positive response to the game worldwide. Now almost a decade later MAGES. Inc., previously known as 5pb, with the help of Spike Chunsoft, has decided to revamp their original game titling it Steins;Gate Elite in an attempt to captivate the masses once again. So the question remains did they manage to do just that?

For the uninitiated, the story follows one Okabe Rintaro, a rather self-absorbed college student who tries to take on the evil force he refers to as The Organization. With the help of his childhood friend Mayuri Shiina, and college buddy Itaru Hashida, or Daru for short, he’s launched the Future Gadget Laboratory where this merry band of misfits create a variety of strange inventions. Of course, there are eight lab members in total, which you’ll meet as you progress in the story, each of whom have unique backstories of their own. In the process, they end up discovering a very real way of traveling through time: cellphone meet microwave. Through this accidental invention they realize they can send text messages back in time, and soon this morphs into something more. And maybe it’s not quite as it seems. Now if you’re confused at the beginning by the shifts in time and space, this is a meaty game that slowly unpacks all of the questions you might have as you move further and further into it. With that said, there is a lot going on here, with complexities that definitely cause a bit of confusion throughout if you have no experience with the original game or anime. Be patient though, it’s worth it.

Many games in the industry that try to tackle complex topics such as time travel fail to explain it as well as this. Steins;Gate Elite dives deep into the theories behind time travel, as well as the consequences of altering the past or future and it’s completely enthralling. Whether you knew something about the physics behind time travel before picking up your controller in this one, you’ll definitely learn enough to make you seem well educated on the subject at your next dinner party. Now of course Steins;Gate is, in its entirety, a visual novel, and you can expect to see a healthy book of definitions to look back on at any point during the story should you forget what a word or phrase means. Though this does take away from the experience a bit, breaking the immersion of the story, having this menu available is a Godsend when you’ve forgotten a word used frequently throughout.

If you were expecting loads of juicy gameplay, you might want to temper your expectations because while the narrative is compelling at every twist and turn, pulling you in as you delve deeper into the story, your role is limited here. In fact, the very first time you’ll have anything more to do than press x to move the story along will be almost one hour into the game. Being that this is a single player visual novel though, this definitely doesn’t take away from the experience one bit. Where players do get involved with Steins;Gate Elite is in the form of making decisions through Okabe’s phone. In the original game players had to take out the phone every time and now this feature has been revamped, with the phone popping up automatically. Players will have to decide whether or not to reply to text messages and emails and whether or not to answer phone calls and whatever the choice, there could be great consequences later on in the game. In fact, your decisions throughout this 25-35 hour experience will determine which of the six possible endings you’ll get to see. Believe me, it’s worth playing through again, or if you don’t have another 25+ hours to do that it’s a good idea to save at the beginning of every chapter as there are multiple save slots available.

Over the course of your time with Steins;Gate Elite you’ll meet some characters, though none are more eccentric than Okabe, and the interactions between them are so genuine that it’s hard not to have a few hearty chuckles throughout. In fact, the relationships between the characters really add an extra layer to the game that’s enjoyable the whole way through. Additionally, these friendships add a weightiness to some of the decisions you’ll have to make later on in the story and this is something many games just can’t seem to capture properly. Of course part of the reason you’re able to fall in love with each of these unique characters so easily is because of how well the voice acting/subtitles are done, and their emotions are captured spectacularly. The only real downside to these interactions are the very sexually explicit themes that rear their heads from time to time. I’m all for some innuendos and jokes to keep it light and hearty and considering this is a game with a Mature rating, it’s not really a surprise, however, there are times within Steins;Gate Elite where I had to ask myself why these lines had been added. For example, there’s a scene where Okabe talks about raping someone and then going back in time so that it was like it never happened. This definitely wasn’t necessary to keep the story moving forward and honestly it sends doesn’t mix well with the other themes of the game. 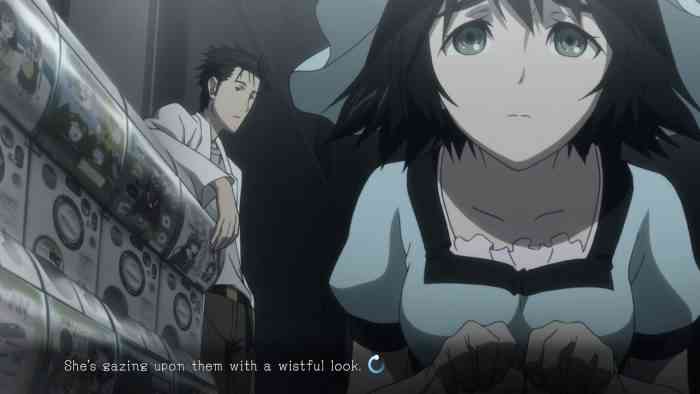 Steins;Gate Elite is immersive and interactive, despite the limited role played, due mostly in part to how graphically stunning the game is through its entirety. Gone are the stills added into the original game, replaced instead with cutscenes from the anime. There is a light and humorous side of the game that is balanced well by some upbeat and intense moments and the music brings this to life and highlights the dichotomous nature of the game perfectly.

Despite some small annoyances that are either confusing or intrusive to the overall immersion that Steins;Gate Elite provides, this was a genuinely fun and engaging experience. In fact, because of how graphically close it is to the anime and how intense and complex the narrative is, Steins;Gate Elite is smooth as butter from start to finish and captures the true meaning of a graphic novel come to life. 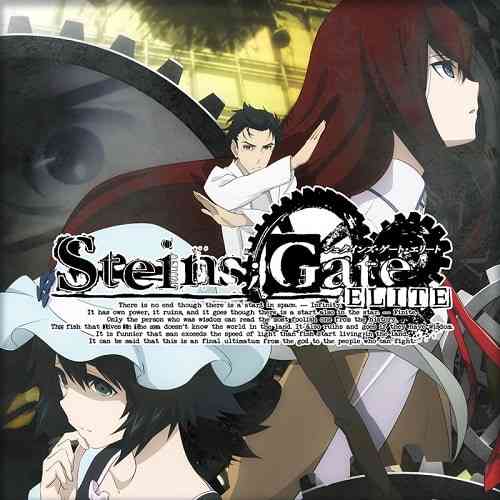