New Super Lucky’s Tale invokes memories of the finest 3D platformers in console history such as Crash Bandicoot, Super Mario 64 and Banjo & Kazooie. Super Lucky is also known as Lucky Swiftail and he’s on a quest to help his sister Lyra protect the Book of Ages, and defend it against a cat named Jinx, a mysterious villain who is trying to steal the Book of Ages and use it against Lucky Swiftail and his sister. There is a colourful cast of characters throughout New Super Lucky’s Tale, most of which will be familiar faces to fans of Super Lucky’s Tale, such as Greg The MailGolem and the other helpful Golems, Master Mittens, Tess, and Lady Meowmalade. The Golems are a feature of nearly every level, with giant ones unlocking hidden areas, and much smaller Golems being completely perplexed by small puzzles. These Golems are both the comedic relief of New Super Lucky’s Tale, as well as an endless source of guidance and support. Greg The MailGolem in particular reminds me of Gir from Invader Zim, but the giant Golem isn’t quite as funny to earn that comparison. 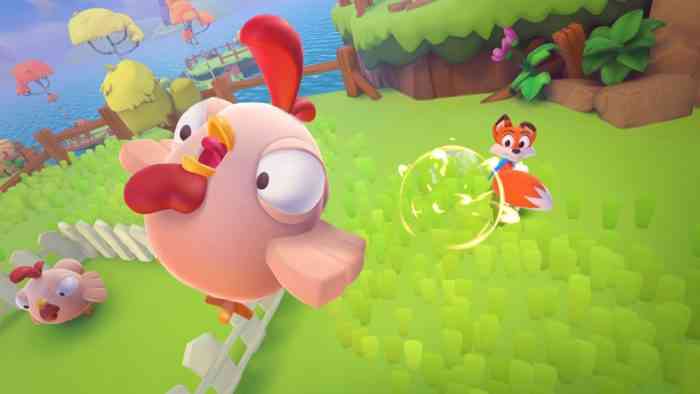 Master Mittens is the first character in New Super Lucky’s Tale that presents challenging gameplay through boss battles that involve platforming more than actual combat, similar to the Dr. Robotnic battles across Sonic the Hedgehog titles. These fights involve jumping over fireballs and maneuvering around a platform like a grid as certain parts of the platform slowly become too dangerous to stand still on. When Master Mittens is eventually defeated after multiple battles, there are other cats such as Tess, Lady Meowmalade, and eventually, Jinx himself to overthrow in an effort to complete the Book of Ages. Tess is my favorite of the Kitty Litter bosses to fight due to the Marble Madness nature of the fights which will feel very fluid and natural for Super Monkey Ball fans. With each boss changing up the gameplay in their own unique way, and each character having their own voice, New Super Lucky’s Tale ensures that nothing feels quite like a repeat even if you’ve thwarted a specific enemy already.

Luck of the Irish

Lucky Swiftail transitions from one hub world to another in his effort to piece together the Book of Ages. There are five hubs in total, with each one offering individual stages to conquer one at a time similar to Crash Bandicoot. The important levels have an archway that indicates what aspects of the level have been completed. This is communicated through certain symbols that either confirm that you’ve collected all of the coins in the level, you’ve collected the letters to spell Lucky, you’ve discovered the secret Clover hidden in the level and that you’ve completed the level itself. If everything in the stage has been completed, the archway will be lit up like a Christmas tree and you no longer have to play that level. This is a useful inclusion that puts platformers such as Spyro to shame, preventing needless backtracking. The hub areas also include puzzle rooms that are located inside fox holes that Lucky Swiftail will dive into, giving gamers a little bit of a break between platforming segments to solve some rather simple puzzles. 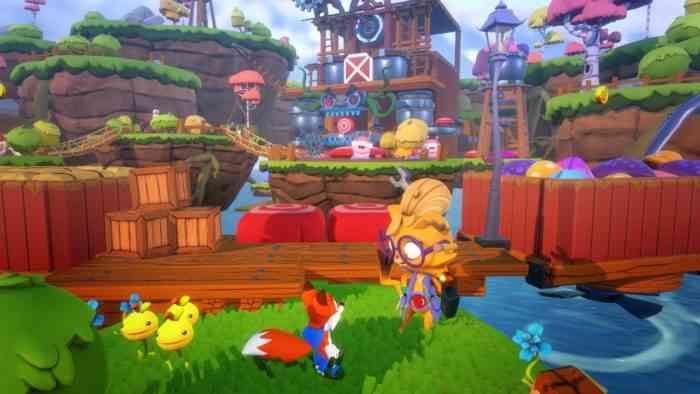 New Super Lucky’s Tale is the best Lucky’s Tale title to date. The colorful visuals are now in 4K at 60 frames per second, something nobody can complain about. The cast of characters are complemented by impressive voice acting. While Lucky’s Tale may have originated as an Oculus Rift pack-in game, New Super Lucky’s Tale has really evolved after originally debuting on the Nintendo Switch last November. The transition from Switch to Xbox is impressive. When Yooka-Laylee released back in 2017, I expected it to reinvigorate my love for the 3D platforming genre similar to how Super Mario Odyssey did, but I had to wait until New Super Lucky’s Tale to truly feel that satisfaction. 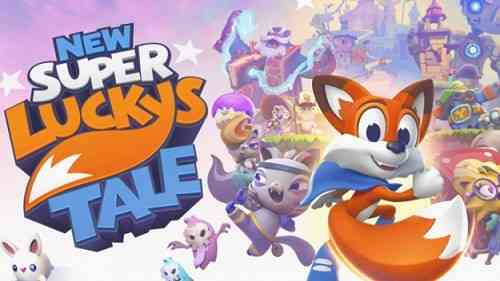 The Cub, Post-Apocalyptic Adventure Game, Gets New Trailer and Demo
Next Tell Me Why Review – The Truth Will Set You Free
Previous Fury Unleashed Review – A Spread of Non-Stop Action