While I myself am a relative newcomer to indie self-published games, I am no stranger to a strong narrative experience and I’ve even completed a few puzzles in my time. Not simply just puzzles and story, Nero takes a step back from typical game genres and begs to be loved as an interactive story experience, featuring a beautifully dark tale of love and loss. The beautiful art and gorgeous cinematic trailer captured my heart early on, and the passion behind the writing inspired me to keep playing.

Nero is essentially an interactive narrative in which you advance through a series of puzzles to progress further into the environments and unlock additional pieces of the game’s story. Players are rewarded for exploring Nero’s lovingly crafted landscapes and many of the game’s more interesting puzzles and story pieces lie hidden off the beaten path. Nero’s beautiful story relies heavily on the additional content hidden throughout the levels, which is a shame considering the speed at which you move is painfully slow and sluggish. Even with the run button taped down, you move so slowly that exploring throughout the games various technically choppy landscapes is more of a chore than a reward. 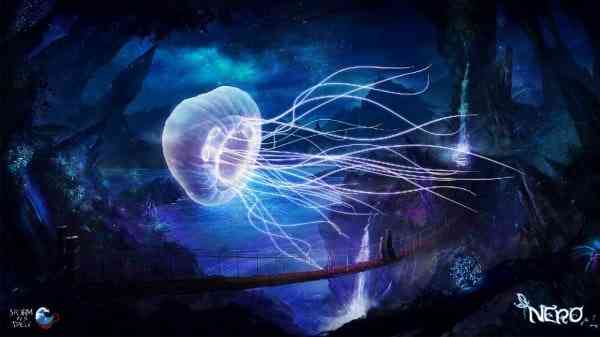 Early on in the story you acquire a companion that can occasionally help you solve puzzles, unfortunately the interaction is limited and he becomes more of a burden than anything else. Companion controls are often clunky and although he will take a seat out of the way for most of the puzzles, he can occasionally get in the players way during timed puzzles and become a bit of a nuisance.

Perhaps even less successful are the games puzzles, which more often than not require you to simply “press all of the buttons”, something akin to a game made for small children. Nero features simple switch and timing puzzles to help break up the slow pace of the game, most of which are very simple and require very little interaction to solve ultimately slowing the pace of the game even further. Very little interaction throughout the game’s puzzles and environments is actually required, and it leaves you feeling a little thankful after experiencing the clunky controls.

“Hidden behind technical shortcomings and an awful framerate is a fascinating land full of mystery and untold beauty. Many of the areas within Nero’s mysterious levels are magical in their design, and often awe inspiring.”

While usually easier to forgive, the stuttering framerate clashes horribly with the games naturally bright and contrastive colours which often results in a headache or sore eyes after playing for minimal periods of time. Fortunately, after a while it becomes a little easier to get used to and is at least bearable enough to tolerate for the roughly five hour duration of the game. Hidden behind technical shortcomings and an awful framerate is a fascinating land full of mystery and untold beauty. Many of the areas within Nero’s mysterious levels are magical in their design, and often awe inspiring. The small team at Storm in a Teacup has produced a gorgeous work of art with both the visual design and the contextual story, however a few poorly written sentences and subtle grammar mistakes go far to hurt the games somber and serious tone. Disregarding the few minor mistakes, Nero delivers its message through simple means that anyone can interpret, and its message is one that anyone can appreciate. Nero is quite simply the story of a family having to deal with the loss of their loved ones.

Less important, the game has issues with resolution on certain displays and doesn’t scale properly with each resolution. Usually only resulting in a miniscule amount of the player’s view-field being cut away, this can be forgivable but it’s an issue all the same. 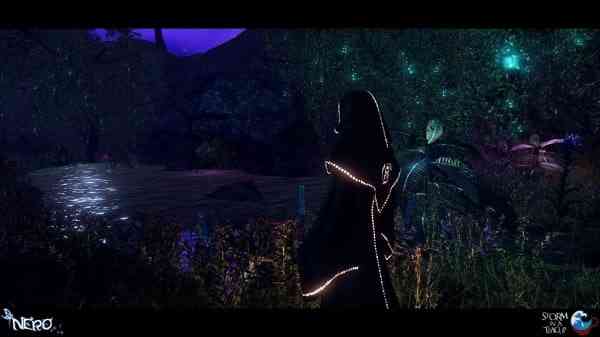 Nero contains a beautiful soundtrack lovingly tailored to the unique world in which it takes place. The soundtrack carefully follows the highs and lows of the game to create a riveting audio experience, and it leaves you wanting more at every turn. It’s not uncommon for the soundtrack to actually surpass the quality of the rest of the game, leaving the player wanting more from other features and ultimately delivering an unfulfilling experience.

Nero calls itself an interactive story, and does fine by itself with the story aspect, however interaction is sorely lacking. Nero is an ambitious project and an obvious labour of love, and may be a worthwhile purchase for any gamer with a taste for story and mature subject matter, but be prepared for painfully dull puzzles and a few other blunders.

*** Review copy supplied by the publisher ***

Developer: Storm in a Teacup

Publisher: Storm in a Teacup