In Massive Chalice your goal is simple: defend your kingdom for 300 years. Accomplishing this — by building castles, arranging marriages between royal families, and fighting the mysterious “Cadence” in turn-based combat — can be fairly complicated. Massive Chalice builds on the genre recently re-popularized with games like XCOM by adjusting a few dials, mixing in a little Game of Thrones, and injecting Double Fine’s signature quirkiness.

“There are a fair amount of things that can happen, but they differ only in their randomized components, not in what you’re really asked to do.”

If you’ve played XCOM a lot of the basic structure of Massive Chalice will feel familiar. You manage soldiers with different skills and equipment and you send them on various missions from a base of operations. You also build structures, perform research, and deal with various events that pop up from time to time.

Your guide is the titular chalice, a somehow conscious and schizophrenic narrator who spends more time talking to itself (themselves?) than doing whatever it is a talking chalice does on a day-to-day basis, who is nonetheless entertaining and helpful as far as explaining the many things you’re supposed to be keeping track of in the game. Double Fine is known for good writing and since there isn’t much opportunity to flex those particular muscles in a turn-based combat simulator they seem to have poured everything, so to speak, into the talking Chalice. 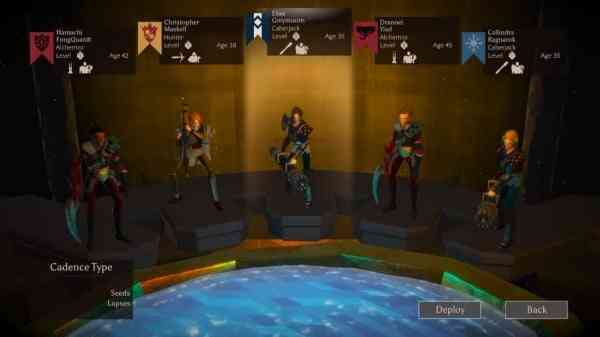 Other than the Chalice himself, the narrative is fairly sparse, and if there’s one complaint about the game it’s that it’s almost too lean. There are a fair amount of things that can happen, but they differ only in their randomized components, not in what you’re really asked to do. For example, royal families can get in feuds, characters can ask you for permission to go on quests, or people can get sick and ask for aid – but at the end of each of these situations the only real repercussion is that whatever character you select for your solution might never come back. A game like this doesn’t really need a ton of narrative depth but a bit more might have been nice.

Combat is the bulk of the actual gameplay, and it’s of the now-commonplace turn-based variety. Your squad “drops” in to a location where the Cadence are attacking and you have to kill all of them. Each class has slightly different weapons and abilities, such as the ranged hunters or the melee “caberjacks.” As your characters level up they gain access to additional abilities and you can also research improved weapons and armor for them. Combat isn’t quite as tactical as XCOM, since cover isn’t as big of a deal (you can hide behind large objects to block the enemy’s view, but there isn’t the sort of “crouch next to this rock” ability like in XCOM) and there is no analogue to overwatch to allow you to react to enemy movements. Despite this, the variety of enemies and character abilities provide some real choices during combat, such as needing to back up from exploding “ruptures” or sequencing attacks properly against shielding “bulwarks.”

“While initially it might seem like you want time to pass as quickly as possible in order to reach your 300 year goal, you will quickly discover that there just aren’t enough virtual days in a virtual year to get everything done.”

The Cadence can be a potent threat, but while XCOM was often challenging because of the individual power of the enemies, in Massive Chalice your real enemy is time itself. There just isn’t enough of it. While initially it might seem like you want time to pass as quickly as possible in order to reach your 300 year goal, you will quickly discover that there just aren’t enough virtual days in a virtual year to get everything done. People don’t grow up fast enough, then they die too soon, and bad things keep happening. Your role is something like a battlefield medic, performing triage against the wounds of inevitability.

Massive Chalice manages to find a tense middle ground between action and inaction. The more time passes the more time you have to let young ‘soldiers-to-be’ grow up, but you also get closer to the next Cadence attack. This similar to what happened in XCOM too, certainly, but no one died of old age in XCOM. Not only does the passage of time bring more enemies, but your soldiers just get old and can’t fight as well anymore. If you aren’t prepared to replace your workforce then you’ll quickly find yourself with only a handful of available characters to send on a mission. 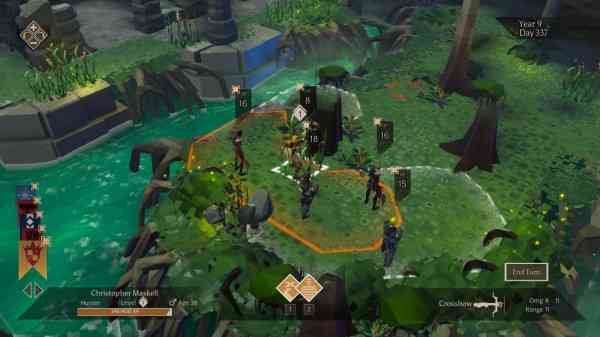 As time drags on you grow more and more detached from the day-to-day activities of your realm’s citizens as you manage their lifespans in the cold and calculated manner required by an immortal overlord. Presumably the more you play the more you get the hang of what to pay attention to and what to spend your time on. Lest the game get too easy, there are the usual increased difficulty modes including Iron Mode, which prevents you from returning to earlier save files.

Massive Chalice is an interesting twist on the genre, though it does sort of feel like more could have been done to differentiate it. The game’s style is good, and the basic structure is engaging and challenging. Combat could be a little more tactical, but overall it’s a solid game that provides a great outlet for any turn-based craving you might have.

Next NASCAR ’15 Review – Crash and Burn, The Franchise Hits an All-Time Low
Previous Nero Review – Stunning Backdrops Can’t Save this Interactive Story from its Clunky Controls