Back in November of 2005, when the Xbox 360 launched, I was working at Blockbuster. I made sure to work the midnight launch so I could get Microsoft’s new shiny console back to my apartment right away. One of the first games that I rented, because renting games was still a thing back then, was Need For Speed: Most Wanted. I loved that game and it was the first game in the achievement era in which I finished 100%. Since then several other Need for Speed titles have been released, but they have paled in comparison to Most Wanted, with the last installment leaving a sour taste in my mouth, but with some of the footage that I’ve seen leading up to the reboot of the series, I started to get a glimmer of hope that the newest Need for Speed (NFS) would renew my passion for the franchise.

Right from the beginning I was blown away with the visuals. The developers have blended live action acting with in-game vehicles to create an effect that will have you questioning whether it’s game or live footage. There are some familiar actors in the live action scenes like Manu (Howard Charles), who also plays Porthos in the BBC series The Musketeers (Thank you IMDB for making this list available). The robust cast as a whole lends their voices and acting abilities to different in-game personalities that translate into different driving styles for gameplay. It’s great to see video games integrating a live action experience while meshing with the video game graphics. NFS does this almost seamlessly, with the only downfall being above average load screens as you enter cutscenes.

During 90% of gameplay the graphics are smooth as you race down straightaways and by city buildings, but I found that when taking corners the framerate would stutter, and in some rare cases would stall for a second or two. As many racing simulator fans know, this small stutter can take you completely out of the race, which is super frustrating. I did restart the game several times when these technical issues would come up; a temporary fix at best though as they come back to haunt you in the end. Hopefully this is something that EA takes notice of and fixes with a post release patch, as taking corners at high speeds should be part of “Racing Games 101” for any developer. 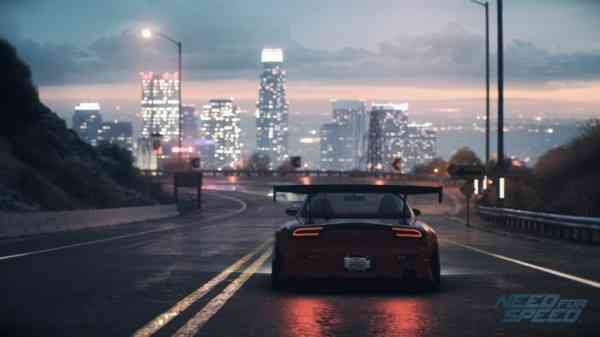 As I noted earlier, the actors lend their voices and acting abilities and their efforts are found all over the game, be it within the cutscenes themselves or when they are phoning you up to tell you about races you need to check out. You won’t find a dry or monotonous voice that drives the story, but instead you’ll find really well voice-acted segments that keep the story together through your adopted crew. Of course on the music front some racing games in the past have had some of the best track lists with a mix of artists you might know and more obscure artists you’ll learn to love. In NFS many will recognize the likes of The Chemical Brothers, The Prodigy, The Strypes, Major Lazer and the Glitch Mob. On the other hand there are some new bands like Riff Raff, Wolfgang Gartner or Canada’s own Zeds Dead.

Hopping into the story with the great actors is an awesome experience and how it integrates with the gameplay is pretty good. Sure, the story isn’t the most in-depth, but it does give you something to work towards in gaining reputation in each of the five ways to play the game: Speed, Style, Build, Crew and Outlaw. Gaining rep in these areas will hopefully earn the attention of the five racing icons that represent each of their respective play styles. Reputation earned also levels you up, which in turn unlocks new parts for performance or customized appearances for your cars. Reputation is earned by completing events or by performing in-game actions like high speeds, driving in oncoming traffic, drifts, close calls, and slams that sync up with the driving styles. There more of these actions you complete within about five seconds of each other the better multiplier you get to max out those points.

With the five play types at hand there are a total of eight event types that you do get to play through. This includes Circuit Race (finish first), Drift Contest (gain a high drift score in the allotted time), Drift Train (beat drift target score), Drift Trial (beat drift target score by the time you finish the race), Gymkhana (beat target score in allotted time by performing drifts and jumps), Sprint Race (finish first), Time Trial (beat the target score) and Touge (highest drift score wins). Obviously circuits, time trials, and sprints are more geared towards ‘Speed’ and ‘Build’ type play and ‘Style’ is all about drifting. As I played I learned that you can expect a lot of the drift events to play through. ‘Crew’ can be just about any of the race types, but they tend to be more about the Touge and Drift Trains.

“Need for Speed is not a horrible game, but it is definitely not the amazing ‘reboot’ experience I was looking for. “

Finally, we have the ‘Outlaw’ style of play, which is a more open world type event that you initiate by attracting the attention of the virtual police officers in NFS. Challenges are assigned as you progress through the game and as you complete them you show how much of an Outlaw you are. These events are a lot harder to come by as the game touts that there are a lot more police officers this time around, but I have had a very hard time attracting them to complete some of the tasks at hand, and honestly the police in the game are not very speedy at all as I can quickly out run them. I often have to do donuts or some U-Turns to go back and ram the officers to get their attention and get my heat up before a real challenge comes along and gets me to the point where I can attempt some of the Outlaw Challenges.

Cars handle pretty good for an arcade racer; not by any means do you have a Forza Motorsport here, but we do have an amazing arcade experience where you can do mad drifts, burn off your nitro, and crash around into the destructible environments with very little consequence. Handling can be customized in the garage along with a range of parts to increase your cars performance. You can also customize your car’s look as there’s a range of different car parts like bumpers, windows, hoods, and rims to change up the body of your car, and you can also change up the paint and add decals to perfect your cars visual design. Your garage can only hold up to five cars, which may seem like a very small garage, but within the context of the story it makes complete sense, as you really don’t need too many cars to get through the game. I found that tuning your handling does change how your car works for better grip or better drifting, so keep this in mind.

There does seem to be an ok variety of cars to choose from. Now, I am not a car aficionado by any means, but I know cars from playing other racing games, and as I played NFS I found that could barely tell them apart at times. I know I started off with a Subaru and bought a Ford Mustang as I progressed through the game hoping it would make a great drifting vehicle. There are some of the more well-known brands like Ford, Toyota, Nissan, Chevrolet, Honda and Dodge. You’ll also find some of your more exotic car brands like Lotus, Lamborghini, and Ferraris too satisfying those looking to drive some of their dream cars. Hopefully my counting skills aren’t lacking, as I found there are just over 50 cars in game. 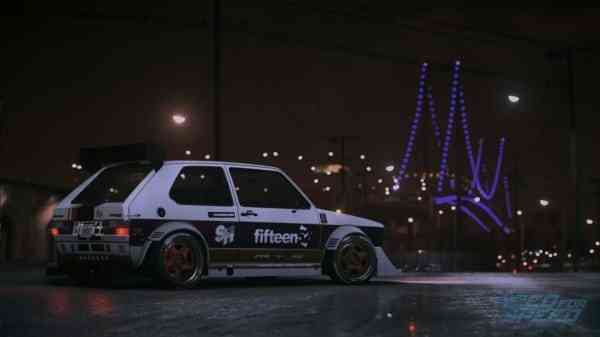 As you delve into the story it’s a lot of fun at first as you work through the races, but once you get to about the halfway point the game starts to become a chore to get through as the eight event modes don’t stretch very far, even with the different locations that you race in. There is an awful amount of repetition to get through the events to advance the story and you even get to the point where you have to grind a bit of reputation by performing many in-game tasks or go back and perform older events that you may not have performed very well in.

Unfortunately, when reviewing a lot of games with a multiplayer component you can’t get the full experience of it without the game truly being launched. That being said, there were some players online who were reviewing the game and there were those who are part of the EA Access program, both of these groups populated the servers.  There is the ability to crew up with friends or random people online, which doesn’t do a whole lot aside from put you all on the same map. Beyond that the only way to play an online game is to find another player in the game physically and challenge them to a 1 on 1 race. There is no option to teleport to a player on the map or go to a crew list to challenge players directly. The multiplayer experience is sorely lacking options to make it a more robust experience. It has me wondering why there is an online persistent world in the first place if there isn’t going to be a huge online component to the game.

Need for Speed is not a horrible game, but it is definitely not the amazing ‘reboot’ experience I was looking for. Its biggest detractors are the repetitive gameplay, the graphics engine hanging up or stalling at some very inopportune times, and the ‘less than robust’ online modes. On a more positive note, the live action cinematics is something that needs to happen in more games and I applaud how Ghost Games did such a good job in this area. On top of that I absolutely enjoyed the soundtrack, which everyone needs to check out and download your favorite tracks to support these great artists. Arcade racing fans will most likely enjoy this title, but be warned that it might be something you play in chunks rather than sitting down for a weekend as it’s just not as enjoyable when playing in a marathon sitting. 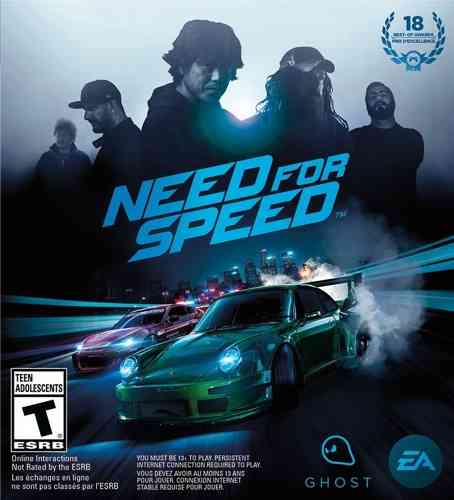 Need For Speed Unbound Trailer Shows Off Heat On The Streets