I have to preface this review to let you know that I am not a diehard Naruto fan.  It is not because I don’t like it, it’s just that there is so much to see in the Naruto universe that for me to really get a good foothold on the whole world I am already way behind the times.  That being said I do know a bit about it, but man is my knowledge underwhelming in this area.  Well, I had a chance to review the latest Naruto game on the Xbox 360, aptly titled Naruto Shippuden: Ultimate Ninja Storm Generations.  Now that I have a few moments, I thought I would share my thoughts with you.

Generations keeps to the Storm Series of Naruto games, as it is a fighting game set in the Naruto universe.  Given my lack of knowledge of this long running anime series I was worried I would be lost in this world, but even though I am not the most knowledgeable I still was able to enjoy the characters and narrative that goes along with them.   The narrative is told through anime inspired cut-scenes and static images with some very good voice over work.  I think fans of the series, and anime fans alike, will enjoy the mix of presentation styles.  And given how much depth the whole series represents, and that the game itself is only a bit of the whole universe, it’s pretty well done.  The single player narrative is broken into a series of individual stories where each player you use has their own story that intertwines with the overall scope of the whole game, including more importantly their own interactions with Naruto himself.

At its core Generations is fighter, but it is one that allows both those who are casual fans and those who like to learn the intricacies of the game to enjoy it.  Buttons are not overly complex, and there is no need to learn finger numbing button combinations.   Sure, this may reward button mashers now and then, but when you look past the simple button presses you see a game that offers a lot more strategy. 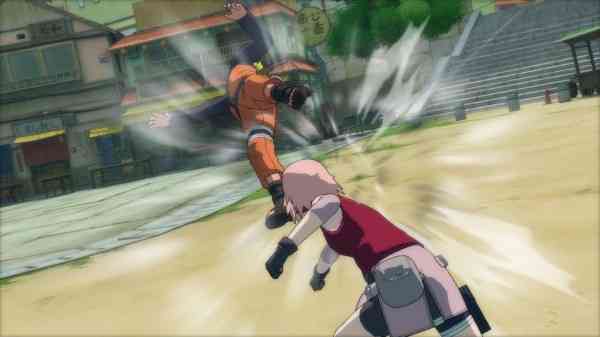 Strategy plays a part in such that you need to learn the intricacies of your character and the fight at hand.  Learning when to evade, when to charge, and when to launch one of your powerful moves is all more important then learning to press an insane amount of buttons to pull of one single move.  There is no doubt that many of you fighting game fans out there are saying, “this is strategy used in all fighting games”, and yes I do admit it is, but given how simple the moves are this strategy is the most important aspect of the game as you can’t rely on one uber-move to best your opponent.  You have to think more rather then focus on learning button combos.

I consider myself an average to above average skilled gamer, and given how the game is designed to play, I found that was able to hold my own.  Should I have met my untimely demise it was not because of a lack of pulling off a string of button presses, but more of not using the right strategy at the right time, as my opponent just plain got the upper hand on me.  And when I was able to open up my own can of whoop-ass, I really felt like it was due to my ability to think on my feet, and not just press buttons.  Overall it’s a nice mix that the simple buttons and strategy elements present and it helps make this game all the more enjoyable.

Something that this series is known for is the substation technique.  This lets you teleport behind your attacker, and of course you’re opponent can do the same.  You’ll find that this is not something that can be done infinitely through the game as you have a dedicated gauge showing how much “substitution power” you have, and the more you use the, the more it depletes.  I found that this ability added more fun to the game and was a welcome feature that most should enjoy using. 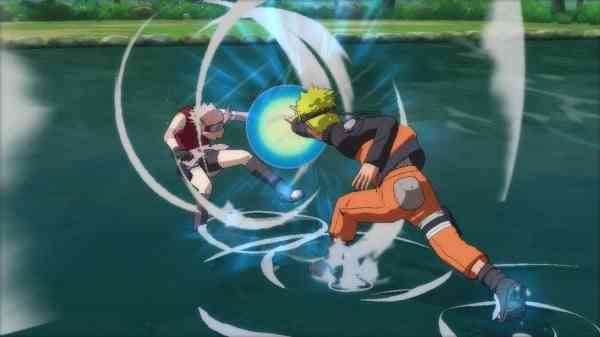 I should note that there are over 70 in-game players to use, along with 15 support characters.  All these characters are comprised of those from the first two games, along with new characters added specifically for this game as well.  Any Naruto fan will have a lot to choose from, and if they cannot find any one character that they wish to play as then they are just being way to picky for their own good.  You also have the ability to unlock movies, new tools, and in-game character images to name a few things.  All in all any Naruto fan will appreciate the extra stuff included in this game.

As I have mentioned in past fighting game reviews, games in this genre really shine in the world of multiplayer, and Generations is no different.  Of course you can sit down with a friend and play on the same TV, but you can also play online over Xbox LIVE.  I was pretty amazed to see the online options offered in Generations.  You can take on any one in a casual or ranked match, and there are player tournaments (4-8 players), which you can set up or join.  There is also an endless assault mode that is self-explanatory.  There is even a spectator and replay mode, which can be a benefit to see how those who are more skilled then you actually fight.  My time online was pretty enjoyable, even though I found myself taking a beating more often that I would have liked.   I honestly did not spend a huge amount of time online, given I needed to get this review written, but the time I did was pretty lag free and it was only affected by connection issues, and not the game itself.

Generations includes a new card based mode called “Ninja Info Card Battle”.  Here you use real-life trading cards that have their own attributes.  These range from powering your characters up to countering your opponent’s cards.  Should you win the card battle you get to actually get to assign the card’s attributes to your in-game character.  Will this mode have its share of critics?  I believe it will, but I found that it is a nice feature, and although somewhat gimmicky, it is a nice treat to fans who love to collect stuff and the cards themselves are good quality and quite pleasant to look at. 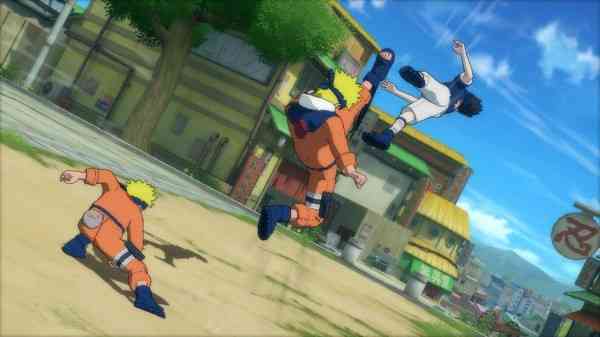 Visually I was pretty impressed with Generations.  The 2D anime is brought to life in this 3D polygon world.  As one would expect with some anime, the colours are bright and jump off the screen, and the artistic style is awesome.  If you have watched any Naruto anime in the past the video game does a fabulous job of replicating it.  Character animations are very smooth and everything moves without a hitch during battle, even during the frantic times.  As this is a fighting game, each fighter has special attacks and they look very good, with special effects such as fancy explosions and awesome speed effects shown on screen.   Overall I have no complaints with the visuals and I think that most who play this game will enjoy them too.

As for the game’s sound, I would say that overall it manages to wrap up a pretty good package.  The music seems to fit each and every stage you find yourself fighting in, and the sound effects manage to make this game sound like an anime TV series that you be watching on the Cartoon Network (Teletoon here in Canada).  The voice work matches each character, and there is an added bonus to have a Japanese language track should you wish to do so.

At the end of the day I would have to say that Naruto Shippuden: Ultimate Ninja Storm Generations is a good game.  Heck, it is even a better game if you are a fan of the Naruto anime/manga and you want to play a fighting game that’s not too hard on the hands.  With great graphics, some good sound, a relatively enjoyable story mode, and easy to pick up and play controls that are deeper once you start to learn the intricacies of such, anyone who decides to play this game will have fun with it, and that is what is important.