Like a manga comic come to life, Asura’s Wrath has a distinctively different style to it which distinguishes it from other games in similar genres. It’s a 3D action and “beat-em up” styled game with elements of shooting. Though this game wasn’t really hyped up too much in the social media circles, it seems that Capcom is treating this as one of its many hidden ‘gems’. Be prepared though: this game does not function with any sort of realism, either in the mechanics or story. It was reported as being a mix of Hindu mythology and science fiction, which is really appealing. I was interested to check out this title, beyond it sounding somewhat ‘badass’ and cool. There’s a distinctive Anime feeling to this game, similar to Dragon Ball Z as evident from the cover and screenshots.

As far as the storyline is concerned, Asura was a part of the 8 guardians who protected the world from the evils of the Gohma. After beating Vlitra (the God-mother of the Gohma, who apparently cannot die), you come back as a relative hero. You are summoned to the emperor’s presence to find him murdered, which you then get blamed for. Your wife is murdered and your child is kidnapped. Upon facing your friends, you are then beaten and left to die. You then go on an all-out rage fest against your former allies (now the “7 deities”) 12 000 years later, after you wake up. The story your typical ‘murder-revenge’ plotline which as you would guess is very predictable. Two aspects made the game less appealing. First, each scene was summarized BEFORE you played it in a nice cut-scene. Second, the story became weaker as the game went by, as there were little or no developments. You are provided a reason for revenge, and although you are given some backstory, there are no major plot-twists. 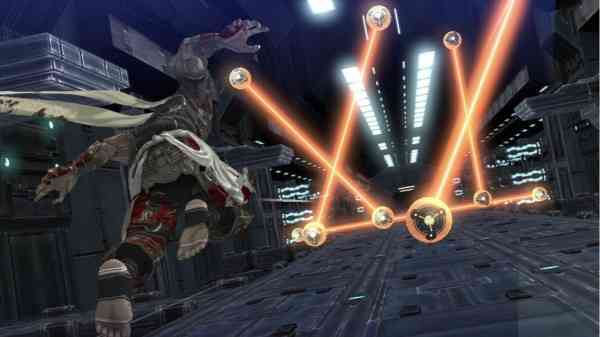 At the start of the game, you hop right into battle with the Gohma. There is no real ‘training’ mode until later wherein you recall a memory of your former master teaching you to fight the Gohma. The game is such that you do not know when you will have a quick-time event or when you can sit back and enjoy the cut-scene, at least initially. The game goes at its own place, which can be relatively fast and controls are fluid, smooth and intuitive. There are no issues with being able to control Asura and the quick-time events allow enough time to input the required buttons, but will punish you if you are not paying attention. The enemies are pretty intelligent as they will swarm you if you aren’t careful and attack you from all angles. Moreover, there are no exploits or tactics that will prevent you from being in the heart of the battle or from taking damage. You set the difficulty of the game as well, and there are many gauges (after you unlock certain conditions of the game) which will make it relatively harder or easier to beat the game. There are also 3 aspects which you are graded: time, points and synchronization. For time, the quicker you finish the level, the better. Points are determined by the types of attacks you use (if you knock an enemy down before using a heavy attack, facing them head on as opposed to shooting them, etc.) and synchronization is used for the burst limit and is a timed-input. 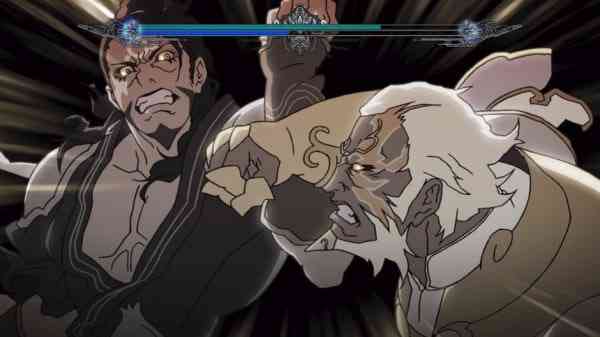 Asura’s Wrath is only a single player campaign of brutality.  As such you have there are no multiplayer or online aspects. It is somewhat satisfying, but leaves more to be desired. If designed as an open concept game with spawning enemies, it may have been more effective at making the Gohma seem infected, rather than just being there or acting as normal animals. Each enemy design is based on some sort of animal with red veins all over them such as a rhino, gorilla, elephant, sting-ray and the like. The game does not really promise too much for continuing playing, and ruins anticipation by giving you a summary of the scene you are about to play. Though the style and feel of the game were its biggest selling points to me, they lost their draw rather quickly. Moreover, for a 5-6 hour campaign if skipping the scenes (10 hours tops if you take your time through the game), it didn’t provide too much depth or explain how certain events occur (Eg. Asura comes up from Naraka and breaks through stone; Asura loses his limbs and then is ‘reborn’ with them.) Though every kind of video gamer can enjoy this game, it is certainly geared towards those who appreciate the Anime/Manga style and culture.

At the end of every level, you are provided a distinct “to be continued” still of Asura and the trouble he is getting into before starting the next chapter, adding to the Anime/Manga feel of the game. As previously mentioned, it is here that they summarize the next level for you, furthering not only your understanding, but the entire storyline. This is a really awesome feature as it helps you to remember where you left off if you haven’t played in a while, and ensure that the player understands as much or as little of the story as they wish. However, it should summarize what you have previously played, rather than ruining the anticipation for what you are about to play. The experience of the game should come first and then be summarized afterwards, as it lessens the experience just by listening to the summary and watching clips of the scenes to come. Also, during the chapter end, there is a sort of comic-esque dialogue between characters you are not actively dealing with which provides even more background. Those of you who liked the fighting style of Dragon Ball Z, Naruto, Inuyasha or any game where the main objective is to pound your enemies with any spare body part that you can find will like this game. Make no mistake: this game is about anger and wrath with relatively little focus on anything that does not enrage Asura.

The graphics are overall quite good. The intriguing skin and weapons that each demigod has is distinctive, strange and interesting. Each character model is meticulously crafted with a style that looks as if it is painted with traditional brushes. Though, there were some artistic choices that were strange. For example, every character has a ‘human-like’ face, but Wyzen’s facial features (lips, eyebrows, nose, ears, etc.) move independently from each other. It was a really cool feature, but it was hard to see if Wyzen was actually speaking or if it was the natural suspension of his face. Moreover, the warrior dolls are missing teeth or have cracked faces, but each is generic and akin to the others. Fewer enemy character designs were noted, so more variety would have kept the game more interesting. The animation sequences were near-flawless and it shows where most of the time was spent. Moreover, it is argued that this game is so focused on the visuals that it is more of an interactive movie than a video game. 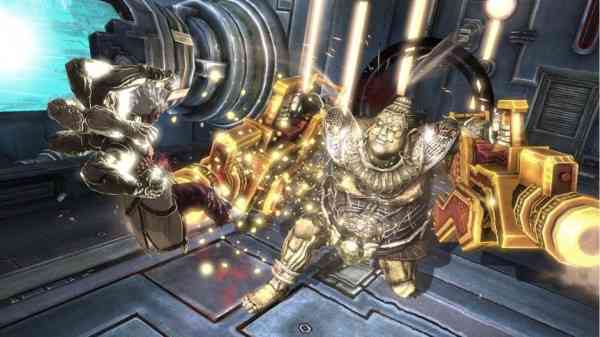 Level-design was lack-lustre at times; it was nothing special and was way too linear. Moreover, there was not really enough of the level to truly explore; you are put on a path that you are supposed to follow and you cannot deviate. There were many glitches noted by this writer, as in the characters would get stuck, have perpetual free-fall, be suspended in mid-air, or be trapped in terrain. The presentation and style of the game matched their concept accordingly, and possessed that distinctive ‘Anime’ style.

Asura’s wrath does not violate your eardrums like some other games can.  That said, it may be difficult to hear the background music over the copious amounts of explosions, screaming, growling or fist-pounding. However, sometimes the voice acting is lacking in effectiveness, as in the Golden Spider who talks to Asura when he is in Naraka and some of the 7 Deitites. Meanwhile, other characters are bang-on in terms of their roles and character types (see Augus for a martial-arts master who only cares about the battle). The sound is noticeable and its presence is felt, but the absence of sound is something that truly calls attention to the scene. That being said, this writer did pick out a few times where the voice of a character would either fade or go away completely in a talking scene, and was only saved by subtitles. The cut-scenes have fantastic music which is perfect for the background and even the sound effects are well done, taking place in-between reality and fantasy. Moreover, the ending and beginning scenes that play for each chapter are complimented by the music. Each character has their own distinctive voice and once you get into the game, you can distinguish between them easily. Overall, few complaints in terms of the sound department.

Although Asura’s Wrath is a delight to play, there are some elements which hurt the overall experience.  For starters, there are simply too many cut-scenes and quick time events.  The game almost played like an interactive movie.  It made for predictable and somewhat mundane experience at times.  The game seemed to lack direction and after you have played the game through to its completion there is little reason to come back to play it again.  Despite the negatives as its core Asura’s Wrath was an enjoyable game. So if you are a fan of Anime and Manga, then you will likely appreciate this game; otherwise, you may just want to avoid this one.