Naruto Shippuden: Ultimate Ninja Storm 3 is the fourth installment in the Ultimate Ninja Storm series. The manga series has been in the spotlight for years now, and has a huge following. Ninja Storm 3 has reverted back to the formula of the first two games, moving away from what was done with Generations. Ninja Storm 3 begins with the Nine-Tailed Fox’s assault on Hidden Leaf Village. After this opening, the story is picked up further down in the series. It should be noted that newcomers to the series will have a very difficult time following all the characters and terms that are thrown around without explanation. I feel this choice was made with fans in mind as they may find any explanations very tedious, so for anyone jumping into this game without prior knowledge, it will be impossible to know what is going on unless you do a quick ‘read-up’ on the plot.

The plot is fairly solid as a whole and the main campaign is where the bulk of the games content exists. Unfortunately, the issue with the campaign is the way that the story is presented. The cutscenes are long and lifeless. The conversations feel drawn out and are boring to look at as they use static shots versus full motion video. On top of this, the cutscenes are more frequent then the combat. The voice acting is not up to par either. Although the English actors from the manga are used the lip-synching is just terrible. The Japanese voice work is available for the diehard fans, and the lip-synching is stronger with this option, but not everyone will choose this option. All in all I had a hard time maintaining interest in the cutscenes in Ultimate Ninja Storm 3 as sitting through them felt like a chore. The option to skip the story sequences and dive right into the combat is always available, but the story is such a focus that if you don’t have interest in it, it will be difficult to slog through the slow cutscenes. Well over half of the time it takes to get through the single-player campaign is consumed by cutscenes and chitchat. Upon comparison with previous installments in this series, the presentation of the story seemed like a massive step backwards in my eyes. 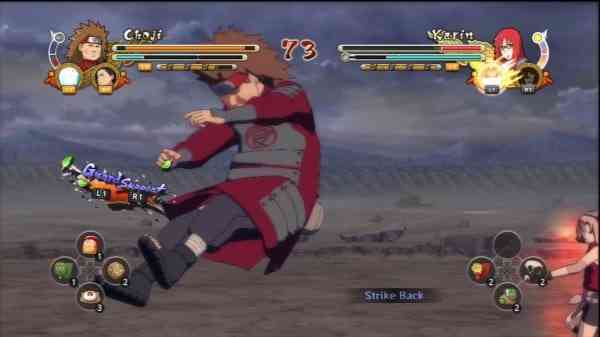 When given the chance to fight, I found I could easily pull off incredible-looking techniques regardless of which character I happened to be controlling at that moment. There are dozens of playable characters in Ultimate Ninja Storm 3, but they all do attacks, build up chakra, and perform combos with the same button presses and combinations. This is a pick-up-and-play game; all accessibility, little depth. Its approach reminded me a lot of Super Smash Bros., which in many ways is a good thing as I really enjoy fighting games with this kind of layout. It’s more about spectacle than skill, though the speed at which it moves skews to those who have rapid reflexes. I did find that it’s exhilarating for a while to perform massively powerful, terrific-looking jujitsu attacks with a few quick and easy button presses. Though I enjoy the pick up and play style, I do thing that it won’t sit well with hardcore fans of brawler games. As mentioned earlier, depth isn’t present in Ninja Storm 3’s combat.

Simply put, there aren’t any tricky combos and high-level techniques to master; once you’ve got a handle on the basics, you can get better at performing those techniques, but you won’t be spending hours memorizing spectacular combos for situation specific moments. The resulting game is one that is immediately entertaining, but without lasting value. The game does boast an impressive roster containing 80+ characters, but because they all play so similarly the unlocked characters you’re constantly opening as you progress through the Ultimate Adventure mode doesn’t spark that much excitement when they all play with such similar move sets. Throughout the campaign I found its difficulty to be disappointingly easy. I was demolishing adversaries one after the other, and I don’t consider myself that great at fighting games. The exploration segments were amusing at first, but became mundane after a short amount of time due to the restrictive nature of the game’s adventure mode. Tight corridors and boring locations hampered what could have been a great experience, and the campaign really feels like a step backwards when compared to previous Naruto games.

Ninja Storm 3 does mix things up a bit by introducing mob battles in which you take on numerous weaker enemies at once. Similar to the core combat, there isn’t much to these fights. That being said these battles look great and are exciting to watch. Within the campaign mode I noticed that load times were frequent, and felt longer then they should have been. During certain encounters, the game will present you with a choice of taking the legend approach or the hero approach. This choice has a minor effect on how the battle plays out, and no effect on how the rest of the story plays out. It does however determine whether you earn more hero experience or more legend experience, each of which gives you access to different types of items to use in battle. This does provide an incentive to return to earlier battles and revisit the game’s campaign mode adding in some replay value. That being said the choices typically change so little in the game that its hardly worth plugging through the slow cutscenes to see that alternate scene play out. 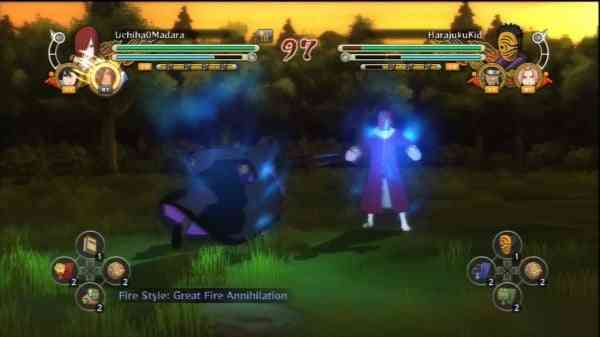 Beyond the single player campaign, Ultimate Ninja Storm 3 allows you to play head to head with other players locally or online. The network play functions well technically, and it provides gamers with the options of ranked or unranked matches, and tournaments for up to eight players. Much like the gameplay found in the story mode, the accessibility and the impressive visuals make fighting against other players enjoyable, but the simplicity of the action prevents it from holding your interest for long. The combat doesn’t have much room for a tactical approach, and I found the best strategy was often the repeated use of an overpowered technique. The combat becomes boring quickly due to this fact, and the seemingly appealing mission of unlocking more titles and images for your ninja info card isn’t a strong enough feature to maintain interest. The ninja info card is a profile piece that is traded upon entering a fight with another player.

Though it has its moments, Naruto Shippuden: Ultimate Ninja Storm 3 misses the mark. Although the campaign mode is fun at times, its lackluster cutscenes and slow exploration leave much to be desired. The flashy combat looks great, and much of the game contains goodies that fans of the series will really enjoy. The lack of innovation is disappointing to me this time around, and I felt as though the game had a lot of potential, but instead it was filled with missed opportunities. The most hardcore fans may be able to sit through the story. This is an installment for the fans that love everything Naruto – others will have a hard time sticking this one out. For the average gamer, not enough is offered in a manner that would keep their interest. 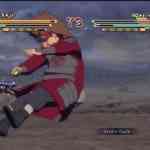 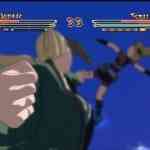 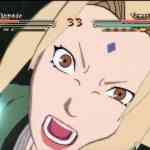 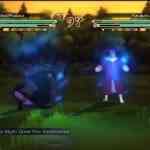 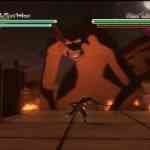 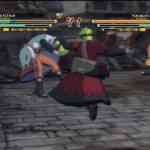 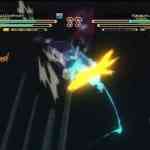 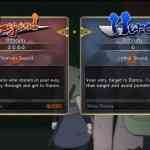 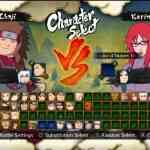 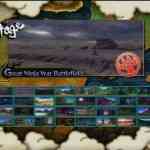 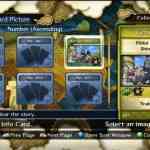 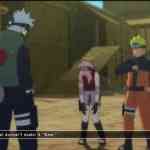