Narcos: Rise of the Cartels Review

During my binge-watch of Narcos on Netflix, not once did I ever wish it was a video game. Some stories — in this case, the events of Pablo Escobar’s Medellin Cartel — are simply better suited to certain mediums than others, and I was totally content with watching it all unfold with a big bowl of popcorn in my lap. Fast forward to the tail end of 2019 and developer Kuju has the challenging task of bringing the show to the video game world with Narcos: Rise of the Cartels. The result? Well, I wouldn’t call it “white gold” but it’s still a surprisingly competent game worthy of dipping into, even if it starts to run its course a bit too quickly for my liking.

Narcos: Rise of the Cartels follows the same story and events from the show’s first season, with much of the action playing out in turn-based fashion, not unlike the popular XCOM series or even Mario + Rabbids: Kingdom Battle. You can play as either the DEA or as the Medellin Cartel in two different campaigns, though you must complete the first DEA mission before you can play as the bad dudes. The two campaigns aren’t dramatically different from one another but I did find it to be a nice change of pace to own the good guys once in a while. Watchers of the show will know that the series places a heavy focus on not only the DEA side of things but also Pablo Escobar’s operation and his motivations. Offering up two campaigns is a smart way to show the opposing sides, who the big players are, and how they differ.

Don’t expect to absorb the entire first season’s storylines and character arcs here. This is still a tactical combat game, first and foremost. In fact, the story is mostly told through a few awkwardly-animated cutscenes and clips ripped right from the show sandwiched between story missions. It really takes a backseat here and, frankly, I’m okay with that because the actual gameplay is where it’s obvious the devs spent most of their time. 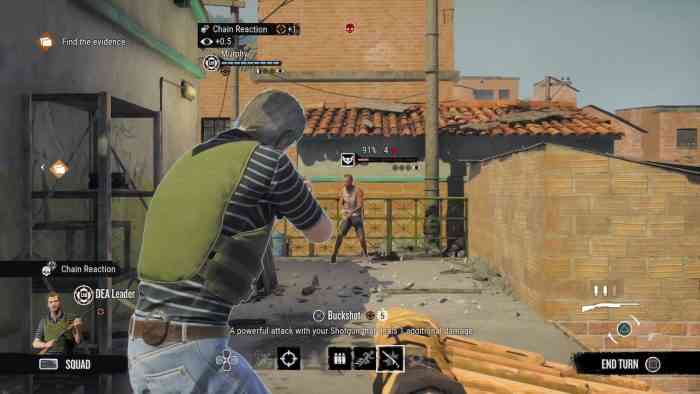 Before diving into battle, you’ll select a five-man squad each with its own unique class, traits, and abilities. I found it useful to experiment with each class and find specific recruits that played to my strengths. For example, I liked having at least two Search Bloc or Enforcer units on hand because of their ability to strike at close and long-range enemies. I also loved launching explosives onto my enemies with the Demolition or Special units, largely because of how powerful they are. I found myself shuffling the party around a few times depending on the map, but once I knew what I liked, I kept with the same options for the bulk of the campaign.

After successfully beating a mission, you’ll earn money, XP, and SP points to spend on levelling up your units. I found myself upgrading my leaders more prominently than the rest of my troops because of the chance they might die in battle. If one of your units is killed during combat, they’re gone for good, which means any upgrades you spent on them are also wiped away. I wouldn’t call Narcos a brutally challenging game, but I still had a lot of units die. Thankfully, you can recruit and hire new units between every mission so it isn’t necessarily a big setback.

Narcos has a surprising amount of depth for a licensed game. While the mission objectives are fairly bland (pick up some intel, rescue a hostage, plant a bug; that sort of thing) the moment-to-moment action is quite interesting. You and the enemy will alternate moves, moving one player at a time, moving, shooting, and strategizing until one side is defeated or an objective is completed. Units have a movement grid and range to worry about, and ending their movement next to a truck, wall, or debris can provide some cover. Get in range with an enemy and you can lock in and unleash some bullets. In this mode, the camera shifts to an over-the-shoulder perspective where you can fire and hopefully dole out some decent damage. If an enemy unit still has a sliver of health left, you can finish them off with a Killshot to their noggin, a simple process that involves moving the cursor over their head and pressing X. 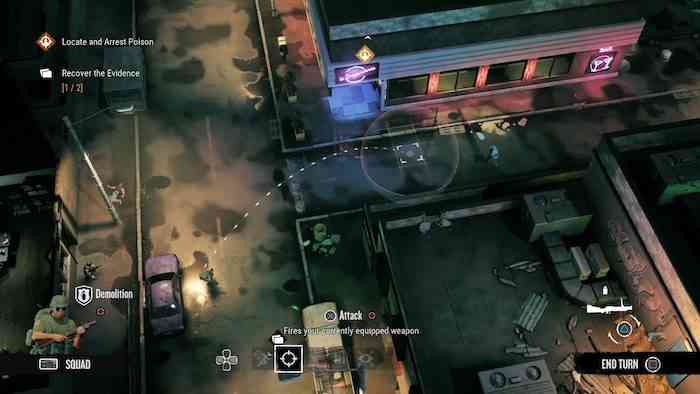 There’s also the Counteract feature that can kick in whenever a unit crosses in front of an opposing unit. This is an opportunity to deal some extra damage while they’re on the move. Both Killshot and Counteract are solid gameplay additions, but they aren’t groundbreaking in any way. They’re still satisfying to pull off but it isn’t anything I haven’t seen in other strategy games before.

That might be Narcos: Rise of the Cartels’ biggest problem. There’s a decent game here but it doesn’t do any one thing exceptionally well. Compared to the other games in the genre, it falls incredibly short in other key areas like visuals and sound design. There’s no beating around the bush, Narcos is a pretty ugly game especially during close-ups of the character models. The likenesses of the actors are there, but they still look like something out of the PS2 era. As for the audio, everything sounds a bit muted and washed out. Some characters speak too loudly while others speak too quietly, and there are the actual guns that don’t sound how they should, lacking any real oomph when fired. The AI is a mixed bag too, bouncing back and forth between smart and dumb decisions. They’re quite good at Counteracting but mostly play it defensively unless one of your guys fails to be behind cover. In most cases, I used one of my weaker units as bait to lure them out then flank them. 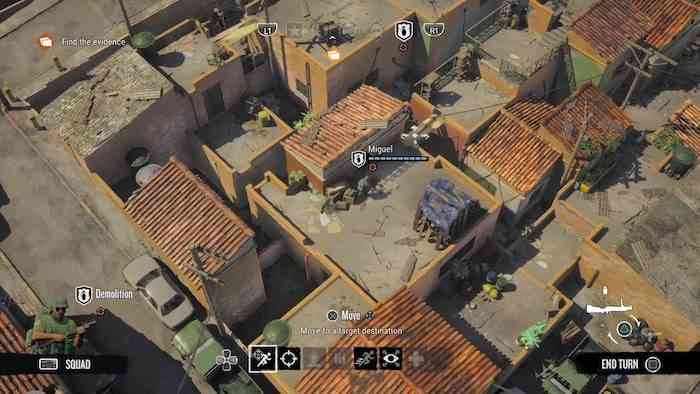 Then there’s the fact that it all gets repetitive a little too quickly. Even after a few missions in, I quickly realized that the game doesn’t have any new tricks up its sleeve. There isn’t a gameplay swerve to change up how you play or a bogus map to really challenge you. Outside of map design, the game doesn’t change much from its first mission to its last. On a positive note, I didn’t run into any major bugs or technical issues. Performance is all around very good and I found the entire experience to be more polished than most games I played this year.

Licensed games still get a bad rap these days and Narcos: Rise of the Cartels probably won’t convince the naysayers. But buried beneath the murky graphics and presentation is a pretty decent and entertaining turn-by-turn tactical game. It plays well and there’s a reasonable amount of strategizing to be had to win each combat scenario. Within the genre, however, it doesn’t do enough to make it a must-play but for fans of the show, it’s a fun but safe time killer. 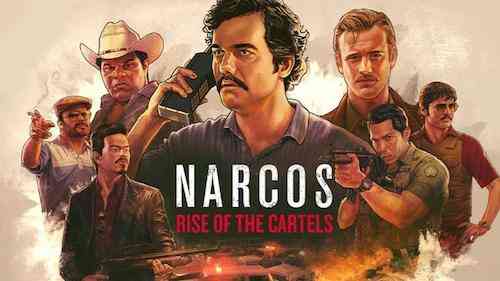