MotoGP 14 Review – Not Quite A Crotch Rocket For The Ages

If racing sims occupy a rarefied slot in the the video game library then those focused on motorcycles are abundant as albinos within the racing niche. For a variety of reasons motorcycle games are few and far between. Most tend towards the stunts or the mayhem of the Road Rash series. Game developer, Milestone has loftier goals and has aimed their MotoGP games much more towards the realistic bent.

Available on a variety of platforms, this review is based on playing the PS4 versions (but I also played the game on the PS3 and will be commenting on that). How much you will like MotoGP 14 depends on what kind of racing game you are looking for. If you are looking for a realistic approach to motorcycling then look no further, MotoGP 14 is your game.

How well you glom onto MotoGP 14 depends on how much sim racing you have done. If you are big time into sim racing and have played games like iRacing, rFactor2, Game Stock Car Extreme and Assetto Corsa etc then MotoGP 14 may present a perplexing problem. Those that are more than just joystick jockeys and depend on some form of force feed back, will find motorcycle sims present a unique simulation scenario. FFB wheels do not mimic the art of motorcycle racing at all. Console joysticks are a step closer but lack any sort of tactile feedback. The use of vibration effects almost seems like an afterthought. They often occur at random times or after you have crashed which is of little benefit to the actual racing experience. Instead everything the player must divine about the balance of the bike has to be inferred from the game visuals. 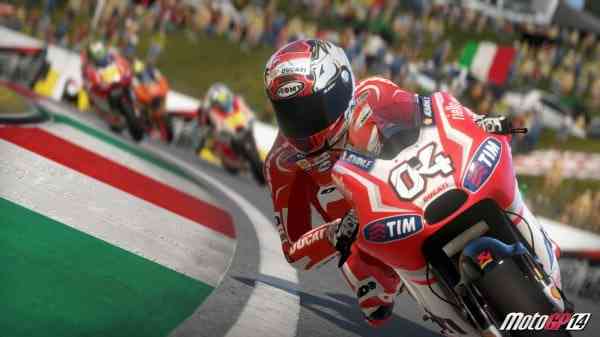 Finding and driving the best line with a bike is very different beast compared to racing sims of the four wheeled ilk. So much more of the bike’s balance is affected by weight placement of the rider’s body. Also, if you mess up the entry point for the best line coming into corners on a bike there is no way to recover it. In a car, a bad entry point will cost time but some corrections are possible through a corner to minimize driving errors to some degree. Not so with a bike. If you miss the best line entry point for a corner, you pay the full time penalty for any mistakes. The differences between racing a bike versus a car makes for fresh new driving challenges when you jump from one to the other.

MotoGP 14 offers a variety of difficulty levels to help ease new bike drivers into the game much like those same control schemes found in car racing sims. There are three control schemes – standard, semipro, or pro. You can advance from driving with automatic shifting to manual – and will need to if you want to be competitive at the tougher challenge levels. You may also link or unlink the rear and front brakes plus decide which sort of balancing scheme you wish to employ to eke out those extra milliseconds that best match your driving style. 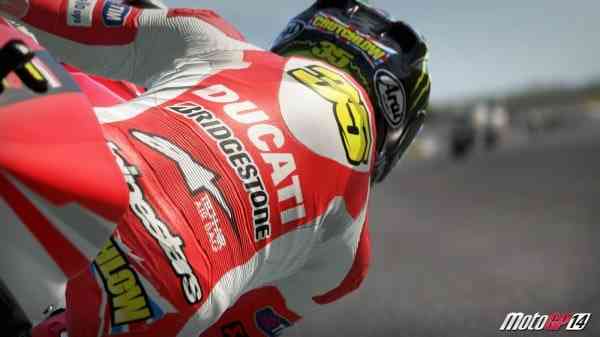 One area where the immersion of the game comes crashing down is when you wipe out. The spills are not realistic and Milestone has opted to reseat the driver automatically. Given how difficult it is to drive the bike though it’s an understandable decision. And the correct one. But the cost of the decision is that accidents are an immersion breaker.

On the PS3, the game runs in 1270 x 780p resolution at 60fps versus the 1920 x 1080p and 30 fps clarity on the PS4. Conventionally the higher the frame rate the more responsive the controls will be and the better one will be able to drive. But no difference seems to exist between the two versions as far as responsiveness goes. Visually, it’s no contest. The PS4 wins hands down because of its better overall ability to handle anti-aliasing.

In racing sims, jaggies are evil. Not so much on trackside objects and other drivers but very much so on the race track markings and white lines. Nothing is more distracting and eye fatiguing than jaggy lines down one or both sides of a race track. The PS3 version displays the race line jaggies everywhere whereas the PS4 version pretty well eliminates them. That one factor makes a ton of difference as far as immersion goes in my book. Additionally the PS4’s anti-aliasing ability extends to all the other objects giving the entire image a more solid and pleasing image. The caveat here is the world around the racing track is dead. There are no crowd movements. No helicopters or birds flying by. It leaves one feeling like they are driving around in a still life painting.

Staying with the PS4, the game does indeed look next gen with solid high def graphics. The game engine allows for a robust replay engine that provides a variety of camera views. In addition you can freeze frame, rotate and zoom in and out of frames to create some excellent action shots. There is a good sense of speed thanks to motion blurring and if you can manage it, driving in the first person view is a real rocket ride. However the best view for racing is the third person view which does not carry the same feel of velocity. On the audio side of things, the bike sounds are adequate if somewhat underwhelming. 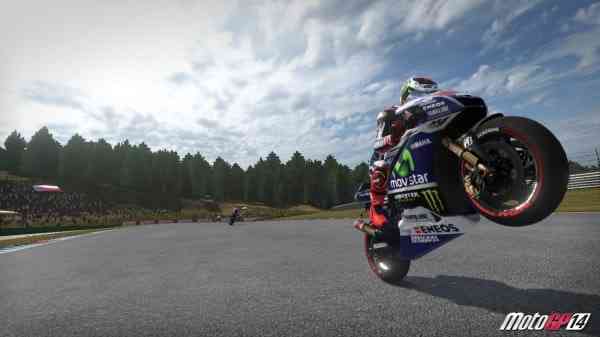 •Grand Prix – allows the player to customize a race to their liking be it a simple quick race or a full race weekend.

•World Championship – in 3 flavours against riders from the 2014 MotoGP, GP2, and GP3 circuits.

•Real Events – this is an intriguing one. In this one you get the opportunity to relive real life racing events that occured in the 2013 season. Can you replicate or better what real life drivers did? Here’s your chance to find out.

•Rider Experience aka Career Mode – allows the player to work their way up the ranks starting with the GP3 level and progressing through GP2 and up into MotoGP. You can customize your player and upgrade your bike. Also you can pick which team(s) you ride for and track what impressions you are making with fans via social media. How you finish in each race affects the mood of your fan base and your relationship with the team you are racing with. All of this is accessible from various rooms within your team racing trailer.

•Safety Car Mode – a puzzling inclusion since driving model for a car is so different and in this case not a good one. Still if you are so inclined you can take the BMW M4 Coupe for a spin.

•My GP – this is where you can customize your rider as well as take tutorials, track your stats, view unlockable media – photos & videos, or reset your career. 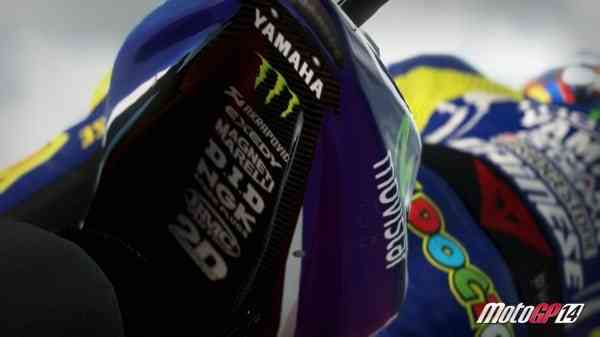 •On the PS3 and PS4 you can do split screen racing.

•Online both consoles allow up to 12 players to race with one another. (The Vita allows up to 6 racers to compete against one another online.)

MotoGP is also offering DLC content in the form of extra tracks such as Donington and Laguna Seca to add to the eighteen tracks the came with the core game.

The caveat with motorcycle racing games – and outside the control of the game makers – is the controller. To become fully immersed in the game will depend on your ability to compensate for the deficiencies that exist with a standard game or PC controller. Ideally, a motorcycle specific controller would be available but only be for the hardcore fans would consider such a limited use peripheral. A potential multi-purpose controller such as a force feedback flightstick would be a more attractive alternative.

MotoGP 14 demands a lot of time investment in learning the intricacies of motorcycle racing. Fortunately the game is set up to accommodate players of differing skill levels from rookie to pro. Early frustration at finding and holding the best racing line quickly turns to satisfaction as you become more accomplished at doing so. MotoGP 14 is an impressive package with a lot of depth and challenge but is hampered by the lack of a proper FFB controller unique to this type of racing. 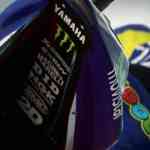 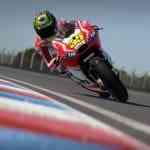 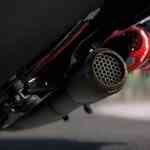 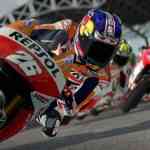 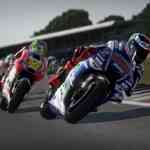 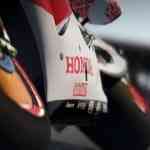 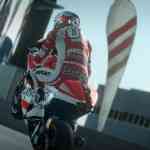 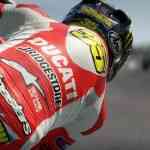 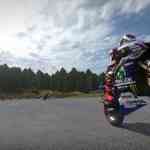 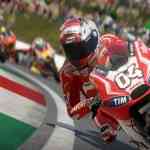