Monster Truck fans may not be able to attend their favorite events today, with many arenas sitting there empty collecting dust, but they can emulate their favorite shows along the United States tour through Monster Truck Championship. This new Monster Truck game will take you from the National League, through the Professional League to attain the Major League of Monster Trucks. Motorsport enthusiasts will travel across the US from Minneapolis to Las Vegas and everywhere in between while competing in various events they’ll know and love. While this is the first MTC title from Teyon, I could definitely see a sequel or two in the future as it may be their best title yet.

Each event will reward varying degrees of revenue, with some of it going to your staff and the rest going to your prize pool, but Monster Truck fans will have to get used to the first event, as well as some other events along the way, due to the fact that each event beyond the first has an entry fee. This may feel like a barrier preventing you from going ahead akin to those timers used in mobile games, but revisiting the first event more than once will actually improve your skill at each of the events on offer: racing, drag racing, and freestyle.

Racing is your typical circuit racing, though it may feel clunky to racing fans. One analog stick controls the front tires of your vehicle, while the rear tires are handled by the other analog stick. This makes racing feel as unique as skateboarding felt in the Skate series. Not only do the monster trucks fittingly handle like trucks on ice, but I often found myself being sabotaged by a wall of metal and rubber which often stuck to me, reducing my speed, grounding my jumps, and making handling the vehicle infinitely harder to control. At one point, another monster truck was unrealistically stuck to me for over a minute as I took harsh turns, hopped over jumps, and hit other racers in an effort to shake them. On top of the sticky racers, it also felt like the monster trucks hugged barriers once colliding with them, making comebacks very difficult. When you eventually reach a race that puts you in the front, it becomes extremely noticeable just how much the other racers can sabotage your experience.

Drag racing feels great in Monster Truck Championship beyond two small hiccups regarding the beginning of each race. This event suffers from one of several inaccurate button prompts that I noticed along my playthrough of the National League, telling players to hold the left trigger button when they merely have to tap it. The second issue with this event is the false start issue that I repeatedly encountered when pressing the gas in an effort to hit the proper RPM at various times through the countdown. Unlike the racing event, the drag racing event allows you to race out the gate ahead of time, but it results in a penalty similar to a false start or neutral zone infraction in NFL. Just like the traditional circuit racecourses, the drag races become increasingly more difficult from event to event but each of them includes some sort of jump and a harsh turn. 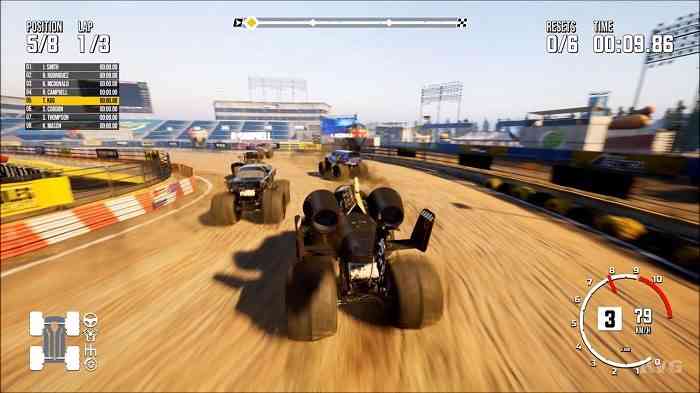 Freestyle and Destruction events are my favorite game mode of Monster Truck Championship as these are what truly encapsulate the monster truck experience for me. As someone who saw many monster truck shows at the Pacific National Exhibition and a handful of Monster Jam shows, these events are what you go to live shows to see. Each of the freestyle/destruction events present the player with an arena full of obstacles to collide with, jumps to fly over, and small cars to crush. Tony Hawk’s Pro Skater and Goat Simulator fans will feel familiar in this environment as there’s a limited-time to crank out the biggest score you can to beat the competition. You can crush the others with one insane combo multipliers or you can play it a bit safer and bring the points up slowly by going from one section of the arena to another. While we typically expect fans to be in these stadiums to watch the mayhem, under the current world we live in, it’s no surprise to see that detail skimped on a little.

Thanks to COVID, Empty Arena’s Aren’t Shocking to See

Monster Truck Championship offers great simulation with a lot of customization options that will make you want to play through a second time to make different choices along the way. This game is not the Call of Duty or the Battlefield of monster trucks, but it feels like the Sniper Elite or Escape From Tarkov with the attention to the technical aspects rather than a rewarding arcady feel or overwhelming the experience with systems. There are 16 customizable trucks and 25 arenas (one of which being the unforgettable Mt. Crushmore), some of which will be replayed due to entry fees. While the racing takes some getting used to if you’re familiar with games like Need for Speed or Forza Motorsport, it eventually comes naturally thanks to entry-fee-forced practice. 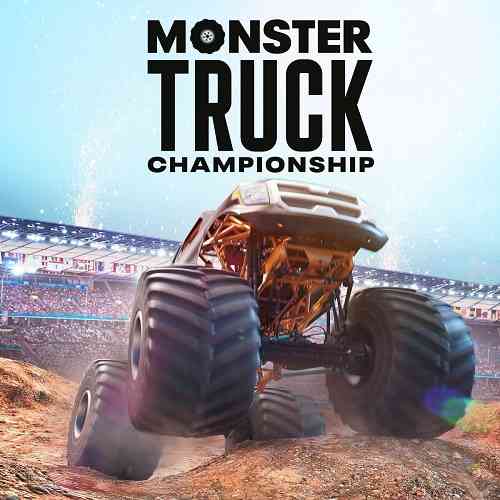