Monster Jam: Crush It Review – Best Left in the Arena

Monster Jam: Crush It brings the world renowned, larger-than-life Monster Jam experience to your living room. Crush It recreates the traditional Monster Jam arena experience with Stadium Races and Stadium Freestyle, while also adding a helping of fantasy with the introduction of Hill Climb, a game mode that recreates Ubisoft’s Trials franchise.

Monster Jam: Crush It offers gamers three separate modes from the get-go. Stadium Races looks to recreate the actual races you might see in real life Monster Jam events. There are only six races, and while a couple pose a bit of a challenge, ultimately, they’re terrible. The races last less than 10 seconds, and if you lose, you’re sent right back to the Stadium Races menu – no options to retry. The second mode is Stadium Freestyle, where you’ll select one of six different arena’s, each with a slightly different layout. The objective here is to preform stunts and rack up a high score. While slightly more enjoyable than Stadium Races, the fact that you can’t actually smash anything is a bit of a disappointment – the arenas are filled with pre-smashed cars that you simply drive over. Which brings us to the final mode, Hill Climb.

“The biggest disappointment in Monster Jam: Crush It is the lack of multiplayer.”

Hill Climb is significantly more entertaining than the previous two modes. Basically, Hill Climb is Ubisoft’s Trials series, but with Monster Trucks. Each level gives players one direction to drive, straight to the finish line, while overcoming obstacles along the way. The view is to the right of the trucks, as if you were playing a Monster Truck side-scroller. It features three separate modes across four different environments giving players over 80 different events. The first Hill Climb mode is Time Attack, where you’ll race as fast as possible to the finish. The second mode is Stunt, where you’ll need to preform flips and rolls from start to finish and rack up the highest score. The third mode is Survival, which liters the course with exploding barrels that you must gauge your jumps to avoid. You earn medals in the Hill Climb events (from Bronze to Platinum) and each event has five collectible letters scattered through-out (C-R-U-S-H).

The biggest disappointment in Monster Jam: Crush It is the lack of multiplayer. Games like this demand some form of multiplayer mode to encourage gamers to come back after the single player component has been mastered. And while online should be a no-brainer, even local multiplayer would have been appreciated! Split-screen Stadium Races or Stadium Freestyle events would have worked, or even alternating Hill Climb events to compete for high scores would be fine. There is an online leaderboard – but how many gamers really utilize those? What makes this situation even worse is that the games product description on Xbox.com even states: “Compete as a single player, versus or log into online leaderboards to earn bragging rights as the best Monster Jam truck driver”. I reached out to both Microsoft and the games publisher, GameMill Entertainment, with hopes of clarification; Microsoft said the online component is just the leaderboards, despite what their product description says. GameMill Entertainment has yet to respond. 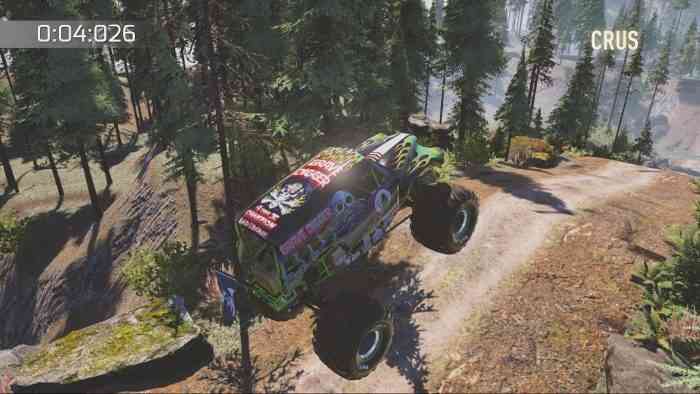 Visually, Monster Jam: Crush It is a bit of a mixed bag. The monster trucks themselves look awesome – very well detailed and modeled after their real-life counterparts. Fans of Monster Jam will recognize the iconic trucks like Grave Digger, Northern Nightmare and El Toro Loco. The game takes place in two different environment types: arenas and outside. The arenas all look the same, generally bland and grey with flat audience members in the crowd. The four outside environments are far more appealing, with massive jumps against nicely detailed backdrops. All things considered, the games graphics serve their purpose and are good enough for a budget title.

The roar of the engines layered over the guitar-heavy rock soundtrack is pretty much the bulk of the  games audio. During some of the freestyle/stunt modes, the announcer will spout off the occasional one word critiques like “awesome”, but not much else. More announcer content and some licensed music would have made the experience more enjoyable. 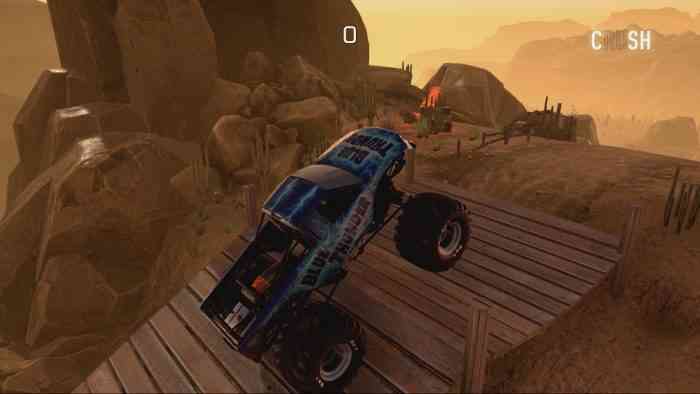 Monster Jam: Crush It is designed to bring the over-the-top action of the Monster Jam arena tour, right into your living room. The Stadium Races and Stadium Freestyle – the two events that actually do recreate the real action, leave much to be desired. Maybe these modes just don’t translate well to video game form, but in my opinion, I think the developer enjoyed creating the far more entertaining Hill Climb mode, and focused their resources on making that mode as best they could. If you’re a fan of Monster Jam or have younger gamers who enjoy simple racing games than this might be a worth-while purchase. However, if you’re a gamer looking for a deep racing simulation style game, or even a really good arcade style racing game, you’ll find better options elsewhere. 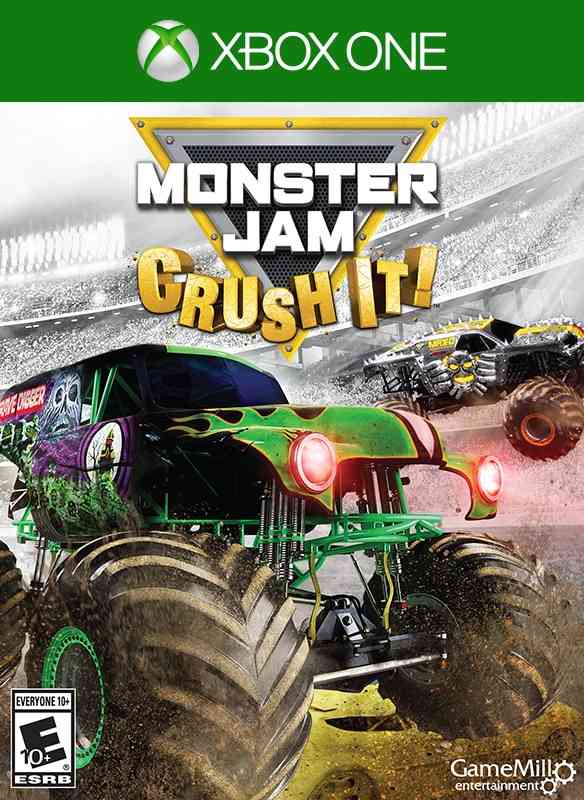