How well does the game fare on current-gen platforms? Let’s find out.

The PS5 version shows vast improvements in graphics and performance over the Nintendo Switch version. Both the PS4 and PS5 version let you pick between different graphics settings. There is a “Graphics” mode for higher texture quality and a “Performance” mode for better framerate, as well as a balanced “Default” mode.

Additionally, there is a “Custom” mode. In the game options you can manually adjust all graphics settings to your liking, allowing you to scale the image quality, texture quality, shadow quality etc.

It will show you the “Processing Load” for your chosen settings. Basically, the higher the load, the bigger the impact on framerate, the lower the load the better the framerate. This is a pretty neat feature that is normally reserved only for PC versions. I don’t recall any other PS5 game having this many customizable graphics settings, and it still runs great in all of those settings. Pretty cool! 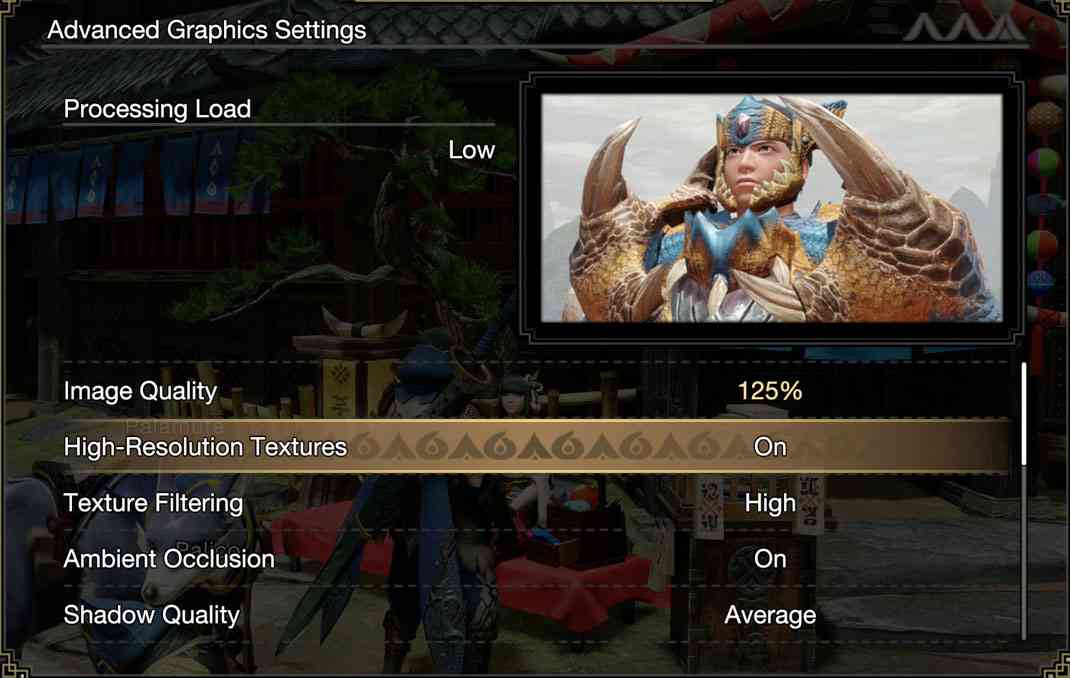 All that said, you can tell it used to be a Switch game built to run on the much-lower-spec handheld console. The previous game “Monster Hunter World” still looks better today than Rise does. After all, World was built for higher-spec consoles from the ground up, but Rise is not far behind.

If you played Monster Hunter World before, Rise will feel very familiar. You have the same weapons and attacks, and the basic functions and items/crafting are the same. You have a “hub” village from where you accept all hunts, then you embark on those hunts to slay (or capture) monsters. Basically, everything you know from Monster Hunter World is still there and applicable. 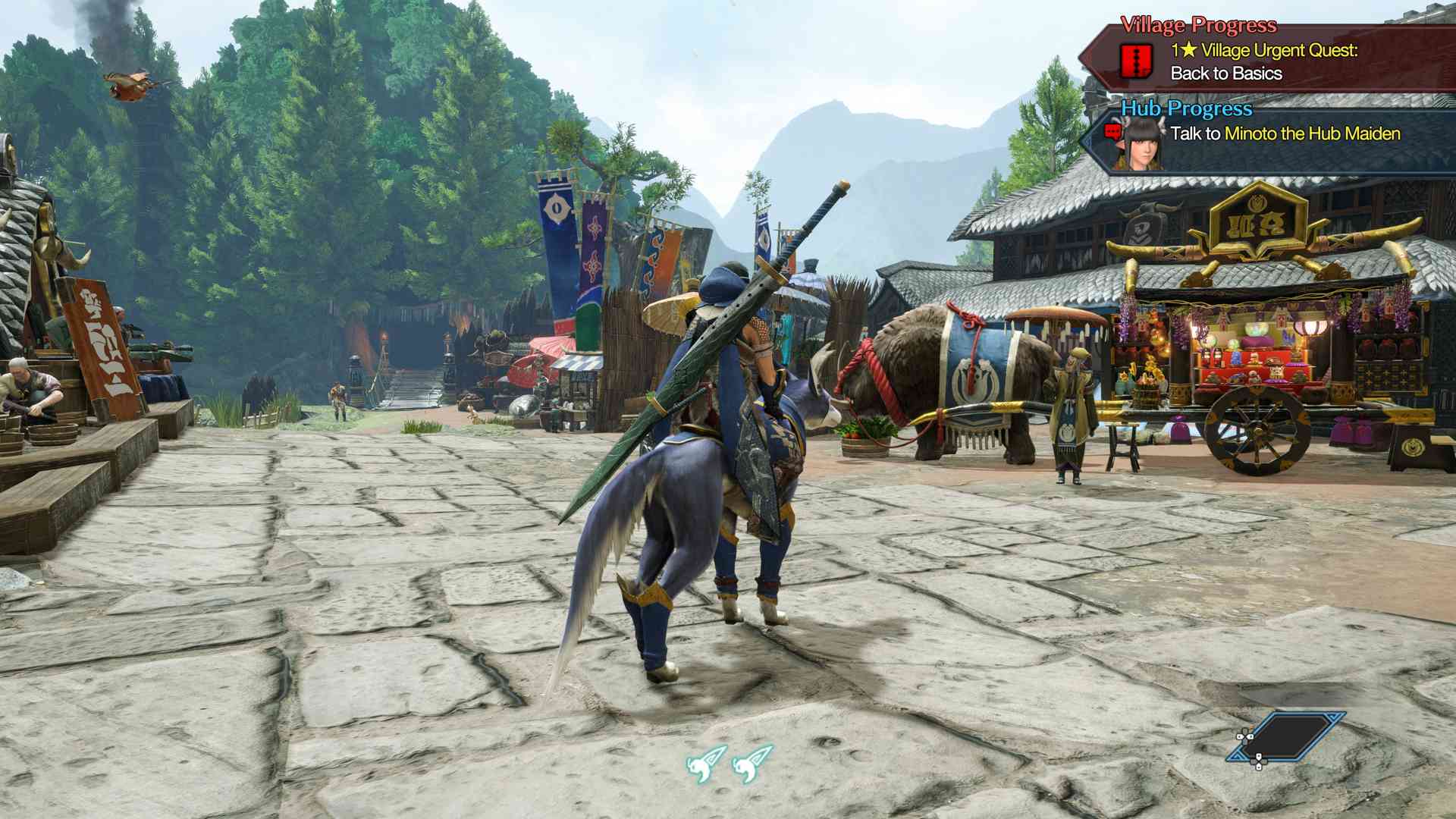 The main gameplay-affecting additions are The Palamute, which is a dog-like mount you can ride on, and the Wiredash ability that allows you to jump in the air from anywhere by pressing L2+R2, then you can follow up with powerful midair attacks. The Palamute is a game-changer as it lets you ride around the map at high speed to hunt down monsters quickly. You can also use it to ride away from fights quickly if you are close to death. Riding hostile monsters is also possible and triggers when two monsters clash together. Then you can usually ride one and use it to attack the other monster. This makes for some interesting matchups. All these mechanics make the game easier than World.

Besides this, the main story quests are also noticeably easier than World. There are two types of quests “Village” and “Hub”. Village quests are your main story. The monsters have very little health, most story hunts took me only 5-8 minutes. The entire story took me only 5 hours. Granted, if you haven’t played Monster Hunter before there will be a bigger learning curve and it will take longer. I wanted to see how far I can get without farming anything and got through it fine with the Basic Hammer and crafting new Armor when it became available. It required far less equipment optimization than World.

Fun in the Hub

In a way, it makes sense that the story quests are so easy and short, thus Switch-players on the go can do a quest during a quick break instead of pumping 25-40 minutes into a single hunt. For a portable game this “fast and easy” approach is fair. Just as an MH: World Veteran you will find it a bit too easy. I was surprised when the credits started rolling already after a few hours of gameplay.

As any Monster Hunter player will know, the real game starts when you hit High-Rank. That’s where the Hub Quests come into play. They are meant for 4 players but are also feasible solo – your 2 AI helpers, the “Palico” and “Palamute” will help you out. In Hub Quests the monsters have comparable health to Monster Hunter World. Now it feels like a real Monster Hunter experience.

There is one new mission type that stands out: Village Defense. In this mode you must fight waves of monsters by building defenses. These are things like placing bombs on the paths of monsters and building ballistae to shoot monsters with. You have to stop the monsters from breaking through the main gate of the village. I liked the idea of this new mission type, but the High-Rank village defenses were the only time it felt imbalanced for solo players. The Hub missions are geared towards co-op gameplay so it shouldn’t be a surprise but if you are a mostly-solo player like me keep this in mind. Some of these defense missions are mandatory to increase your Hunter Rank, so you may need to buy PlayStation Plus to play with other people online for this. Solo it would be very annoying.

Each time you go on the hunt for a new monster, you get a beautiful cutscene showing off the monster with a poem that explains its characteristics. I thought those poems were a lovely way to introduce you to the new enemies. Coming from MH: World there are new ones you haven’t seen before and also some familiar faces.

Overall, the monster types are easier than World, with more non-flying monsters that stay on the ground and are easier to hit for melee players (not so many flying dragon-types). 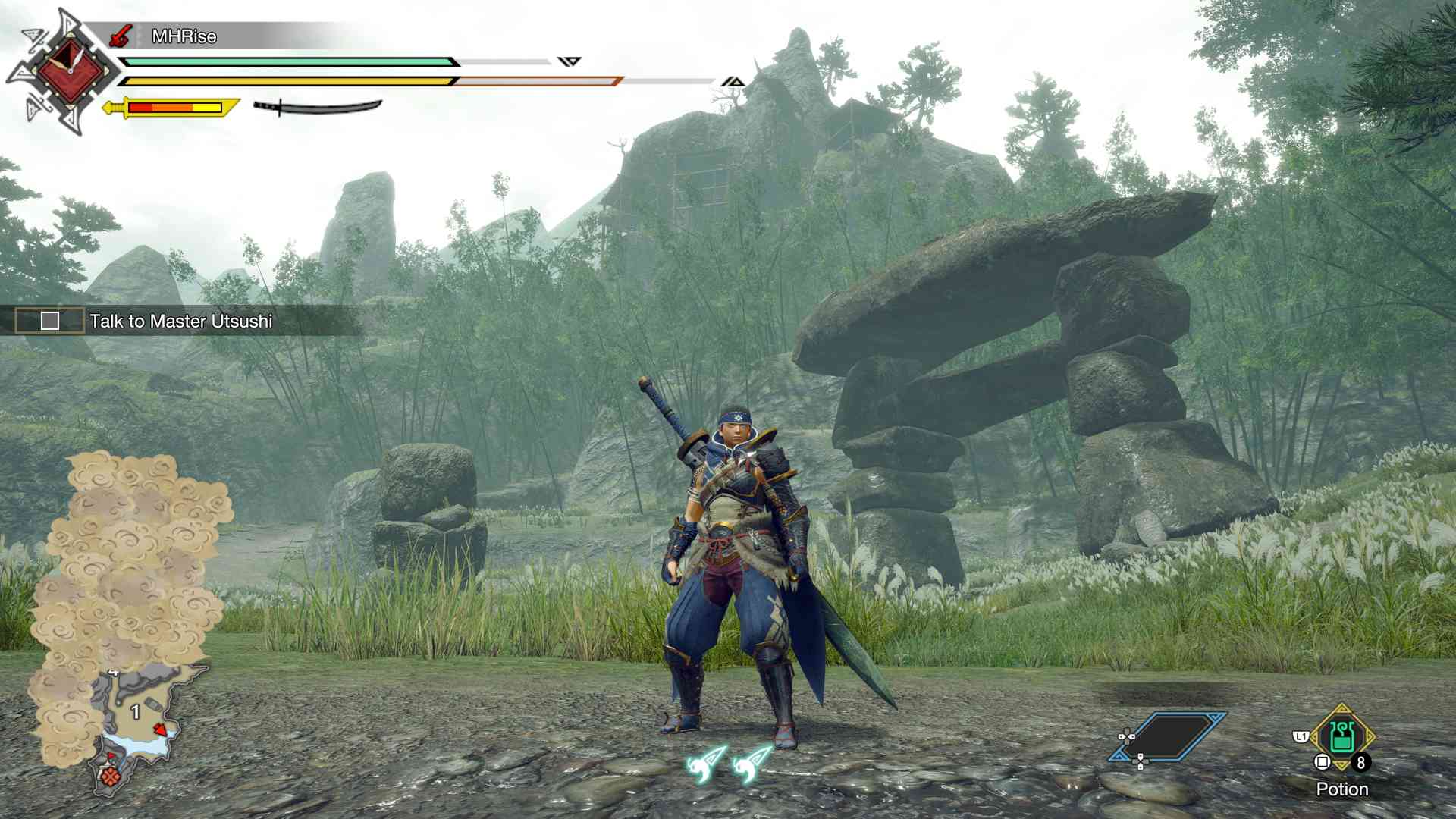 If you loved playing MH: World you will most definitely fall in love with MH: Rise, too. All the great stuff you know and love is still in Rise with some smaller tweaks and additions. I had a good time and it was worth waiting for the graphically improved version. My only gripes are that Rise is too easy compared to World (especially the story), yet High-Rank defense missions are imbalanced for solo players, and it doesn’t look as graphically pleasing as World. 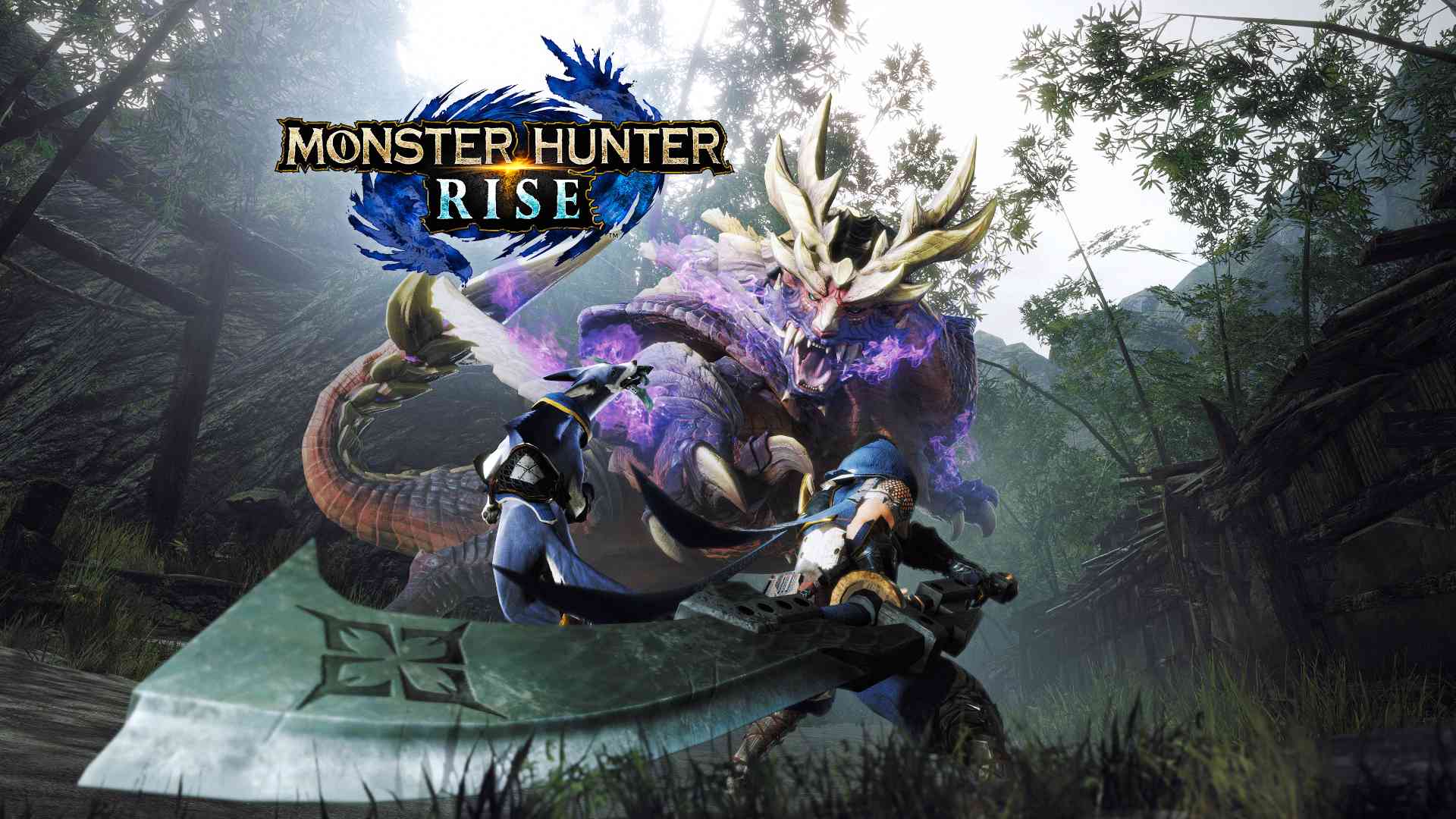 Monster Hunt Rise Will Have Limited Cross-Save Options And More