Minit’s conceit is so simple and so straightforward, I thought I’d tire of it immediately. But I was dead wrong. What starts a little slow (and a bit frustrating) quickly turns into a fast-paced and rewarding experience that borrows as much from Super Meat Boy’s unrelenting speed as it does from early 2D Zelda’s gameplay.

Minit begins in a house with you as some sort of Q*bert duck creature in a stark black-and-white world. And I do mean black and white – you’ll find no other colors here. From there, you begin wandering around the wilderness, encountering other strange-looking folk and 2D creatures in need of slaying. You eventually stumble upon a sword in what feels like a very obvious nod to Zelda games of yesteryear, but this sword curses you to die in sixty seconds. After you die, you wake up in whatever safe house you last stepped in. Without getting into spoilers, the mysteries of why the sword is there and why it’s cursed are central to the game’s small but quirky and fun story.

“In Minit, a puzzle is a mad dash of trial, error, death, and hopefully a small semblance of progress.”

In this game, death, normally a punishing mechanic, is wrapped into the core design with items you acquire and changes you make to the game world persisting after each demise, allowing you to progress further after each attempt. This encourages you to retread old areas over and over looking for secrets or new ways to get through based on items you’ve acquired elsewhere. This often leads to new areas or quests, which in turn reward items that allow you to proceed into even newer areas not yet discovered. And as if it wasn’t clear enough that dying is integral, there’s a button solely dedicated to killing yourself whenever you like.

In other games of this genre, a puzzle is often something you’ll solve eventually with enough time to think and tinker. In Minit, a puzzle is a mad dash of trial, error, death, and hopefully a small semblance of progress. You’ll be racking your brain trying to uncover shortcuts, memorize layouts and unlock time savers that get you deeper and deeper until you can see your objective, only to die because you spent four seconds looking at a side room with a snake in it. That goddamn snake… This is all scored with an up-tempo soundtrack that keeps you hustling and your blood pumping so that once you solve an area, you’ll be feeling like speedy genius that never cracks under pressure.

The game world is stuffed to the brim with secrets: NPCs that need help, side diversions that lead to humorous conclusions and fun twists that can only exist in a game with this kind of structure. For instance, one character offered me a clue when I found him but was so old and spoke so incredibly slow I died right after he finished spilling the beans, setting me off on my next run to quickly try and recall everything he had just said. This is Minit in a nutshell. It’s always playing with time.

The constant pressure can tire you out though, as some things can be fairly obscure, and some mechanics aren’t always clearly explained – leading to some instances where you’ll die over and over again because you missed something simple like understanding you can move a crate into water. In these moments, I realized Minit is a game better enjoyed in small chunks. Twenty minutes here, ten minutes there, and you’ve got yourself a solid time. And yes, it is an added shame that it’s not on a more portable console or device that could serve it better (insert obligatory Nintendo Switch request here). But I have no doubt the developers are fully aware and hopefully plan to bring the game to more platforms in due time.

Overall, Minit is a game about making you feel like a savvy speed runner, and it works. Even though it hits a few stumbles, you’ll come out of each session cheering about how fast you can explore an area, how fast you can solve a puzzle and how fast can you get through a dangerous maze full of wretched, awful snakes. Minit is relentless in its strict adherence to its one and only rule: no matter what you do, you only get one minute. You better make it count.

** Steam key provided by the publisher ** 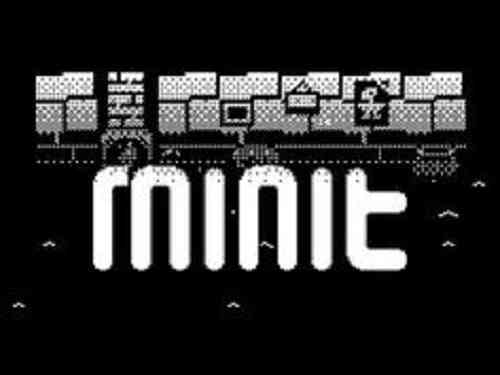