Metroid: Samus Returns is technically a remake of Metroid 2, which originally released in 1991 on the GameBoy, but beyond some superficial details, these are two very different games. That isn’t to say fans of past Metroid games won’t feel right at home with Samus Returns. It boasts all the tight, rewarding gameplay the series is known for while adding just enough to make it unique.

Though the game introduces new gameplay mechanics and some minor tweaks to the formula, this is a Metroid game through and through. The focus on gameplay versus narrative keeps in line with classics in the series. After a brief opening text-based cutscene tasking Samus with ridding the planet SR388 of the 40 remaining metroids hiding beneath its surface, you promptly leave your ship and head into the depths. There’s no dialogue and no convoluted plot; it’s just Samus and her prey. Though I did somewhat miss having the action broken up by small chunks of character moments like in Metroid Fusion, the gameplay takes center stage here, and in a Metroid game, that’s all you really need.

“Every 2D Metroid has had slightly different control balancing, but overall I found the experience here to be on par if not an improvement over some of the more well-regarded titles in the series.”

Speaking of gameplay, both Nintendo and MercurySteam have done an excellent job capturing the essence of Metroid while introducing elements that had me wondering why these new abilities weren’t introduced as part of Samus’s arsenal in earlier titles. Traversing the dark caverns of SR388 is a huge part of the game, and thankfully, Samus controls like a dream. Movement strikes an excellent balance between precise and fast and having complete control over Samus’s aim at the touch of a button is extremely useful. Shooting and switching between weapons also feels fluid with the bottom screen serving as both weapon management and a map of the current area. Every 2D Metroid has had slightly different control balancing, but overall I found the experience here to be on par if not an improvement over some of the more well-regarded titles in the series.

The most advertised feature of Samus Returns, and what will undoubtedly be the most controversial amongst hardcore fans, are the new melee counter and aeon abilities Samus acquires throughout the game. Most enemies will give off a brief flash before they attack, and if timed correctly, Samus can perform an upward strike with her arm to stun enemies. When followed up with a shot from her arm cannon, countering typically result in a one-hit-kill. Besides feeling badass to pull off, this counter creates risk-versus-reward scenarios that can mean the difference between life and death. Mastering the melee counter can also be incredibly helpful in boss battles. Landing one triggers a cinematic action sequence where Samus gets up close and personal with the metroids, grappling with them and firing a barrage of rockets or laser beams into their weak points. 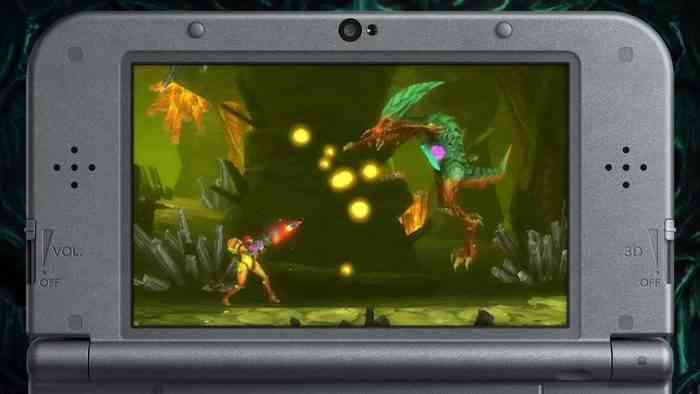 The new aeon abilities also help mix up the traditional formula a bit without feeling too gimmicky. Scan pulse, the first one of these abilities you acquire, allows you to scan your surrounding area, revealing new portions of the map and highlighting pieces of the environment that can be destroyed to progress onward. This function is entirely optional, but I found it quite handy in some of the more confusing areas of the game. Other abilities include a rapid-fire beam burst, an energy shield that blocks incoming damage and the option to slow down time for everyone but Samus for a brief time. Each of these abilities uses up your aeon meter, which can be refilled with yellow orbs gained from enemies or hidden in the world. Some of the abilities are required to complete certain platforming sections, but even using them optionally in boss battles added more variety to engagements.

Having this variety in combat is important because many of the enemies can start to feel a bit repetitive. There are a few different types of metroids to fight, but spread out over 40 mini-bosses, it becomes easy to figure out the exact attack pattern they’ll use against you and how to fight back accordingly. Considering nearly every other Metroid title has been known for their memorable boss encounters, it was a bit disappointing to see that taking a back seat here. The game isn’t devoid of those moments entirely, they merely come into play much later and much less often. These few encounters are the most memorable in the game, but are also the hardest, with one of them taking me nearly a dozen tries to finally overcome.

“It takes nearly everything about its predecessors that made them great and introduces new elements that make gameplay feel fresh and exciting.”

Other than combat, your time will be spent exploring the expansive underground chambers of SR388. There is a suite of suit upgrades to discover and dozens of energy and missile tanks that increase Samus’s health and ammo. Most of the level designs often feel meticulously crafted, with only a few areas leaving me frustrated and stumped on where I needed to go next. Additionally, each area has a shrine that acts as a hub for placing collected metroid DNA. Each time you kill a metroid, you can return to the shrine, place its DNA into it and the general location of the next one you must kill will be pinned to your map. This helped me feel like I always had somewhere to go while still giving me the freedom to explore at my own pace. The map is also the largest I’ve ever seen in a 2D Metroid game and should take anywhere between eight to 12 hours to get through. This may not seem like a lot, but considering that time is purely gameplay, it feels a lot longer than it is. 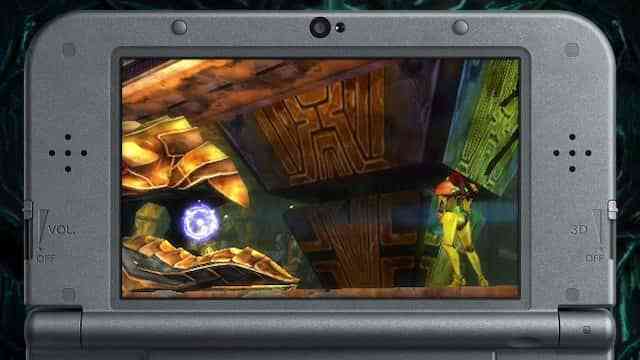 But exploring wouldn’t be very fun if the world in which to do so was boring. Fortunately, I was consistently surprised with the level of detail in the various areas of SR388. Each section has a distinct look that creates a clear picture of the unique and alien atmosphere of the planet. Though the game plays in 2D, it is presented in a 2.5D manner. The delightfully animated backgrounds extend behind Samus creating a sense of depth and cranking up the 3D slider enhances this effect even more. Though somewhat hard to notice with all the action in the foreground, I occasionally found myself stopping just to marvel at an enormous stuttering gear or a waterfall cascading into an abandoned alien ruin in the background.

It has been a staggering 13 years since the last 2D Metroid game and Samus has finally returned to her roots. But Metroid: Samus Returns doesn’t merely hope to satisfy a sense of nostalgia, it transcends those aspirations to become a much more compelling experience. It takes nearly everything about its predecessors that made them great and introduces new elements that make gameplay feel fresh and exciting. It may not top the series’ best titles, but Samus Returns undoubtedly brings 2D Metroid back in glorious fashion, resulting in one the best 3DS games in recent memory. 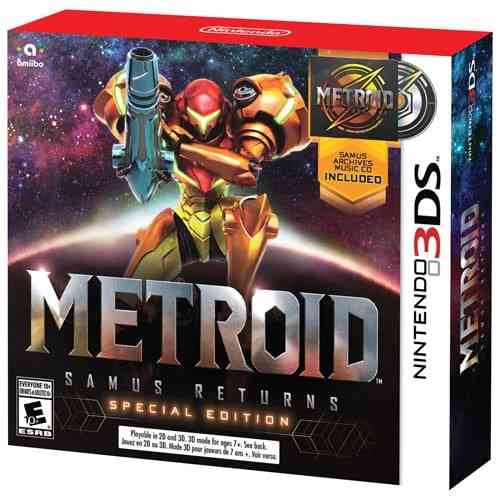 Brie Larson Fancasts Herself as Samus Aran for a Metroid Movie