One week ago, I knew nothing about One Piece. No, I’m not talking the game, One Piece: Unlimited World Red, I’m talking about the entire swashbuckling, fantastical universe that spawned an entire fandom for over two decades. But because of One Piece: Unlimited World Red Deluxe Edition, I can’t get enough of Luffy and his gang. While the game itself isn’t a treasure trove, it’s a brilliant example of how simple brawlers can survive off of who’s doing the punching.

It wasn’t hard to approach One Piece: Unlimited World Red Deluxe Edition as someone who’d never seen or read any of the source material. The story within this game is self-contained, though it’s filled with references that only a true fan can appreciate. Am I surprised by this? No, absolutely not. Regardless, Unlimited World Red is a completely new story, but one that’s filled with recognizable and welcoming faces.

“One Piece: Unlimited World Red thrives from a rich roster of characters you’d want to grab a beer with and locations that take the breath away, if only for a moment.”

This game is a squad-based brawler, with some RPG elements to boot. From an island getaway, a sleepy town called Transtown, Luffy and the Straw Hat Pirates look to dismantle notorious pirate, “Red Count”, Redfield’s newly-formed operation that’s plaguing the pirate world. To Luffy and his crew, there’s only one way to make that happen: punches to the face. And a singing skeleton.

Now, this is a deluxe re-release of a 2014 title–and the “deluxe” part really only speaks to cosmetic DLC, so don’t expect any kind of revolutionary gameplay. In fact, what the game brought to the table in 2014 seems simple for the time, but for a brawler, that’s not necessarily a bad thing. The objective is simple: bash your way through a solid variety of enemies through diverse levels until you reach the truly unique baddie at the end of the map. This gameplan has worked well for many hack-n’-slash games like the Dynasty Warrior franchise for over a decade now. If it ain’t broke, I suppose.

One Piece: Unlimited World Red thrives from a rich roster of characters you’d want to grab a beer with and locations that take the breath away, if only for a moment. This game delivers on that, but nothing more. Take that for what you will. If I had complaints to make, it’d be that the attacking is fun, but can get monotonous rather quickly and that the worlds are pretty, but barren as can be. 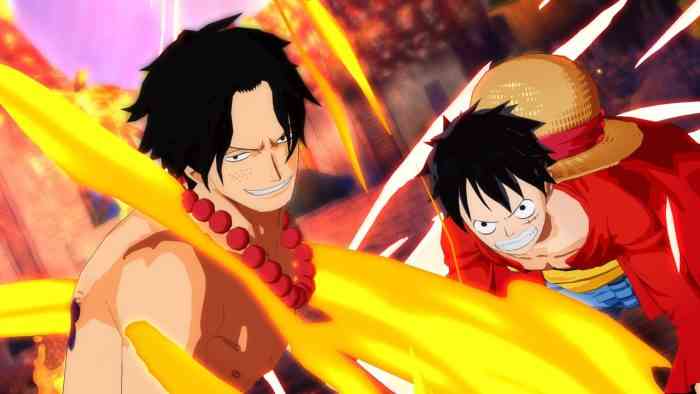 It’s surprising how every character, and there are twenty of them to play, has a distinct set of moves, but nothing is Earth-shattering. Close-combat, ranged attack, even a special that can be combined with another character on the field–there are a lot of options here, but the execution is the same every time. You’ll either punch your enemy from up close or shoot them with something from far away.

This makes for very repetitive gameplay that then pairs like day-old cheese with the empty worlds you explore. While there are items to be found and location-based objectives to overcome, these levels are nothing but pretty faces. In truth, the maps are a series of invisible walls and meandering corridors meant to drive the player knowingly towards the final objective.

“Simply put, it all just works.”

These sound like bad things, I know, and in a lot of ways, they are. But like I said, this game isn’t looking to bring anything new to the table. While the RPG and resource management elements found back on your home base are skin-deep, they serve a purpose. They’re a way to break up the action before the player chooses to head back into the fray, ready to deal out some more ass-kicking.

For those of you who want to entirely remove the RPG elements, there’s the Battle Coliseum mode which is, you guessed it, punching until you can’t punch any more. The combat is quick paced and you’ll breeze through the early stages, but there’s some real challenge to be found in the later rounds. 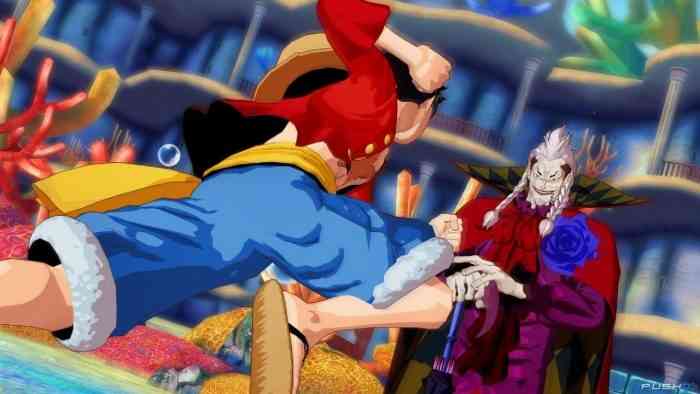 Simply put, it all just works. Maybe it’s the mindlessness of it, but there’s also a rich canon behind almost everyone you interact with and the places you go. For avid fans, this may mean a reunion, a return, but for me, every experience was new. Faces that made me smile, locations that I wanted to know more about, the whole thing just called me back for more.

If you’re a One Piece die-hard, chances are you’ve already grabbed this title a few years ago. I don’t believe there’s anything new that awaits you with this PC re-release. But for gamers who enjoy bashing baddies in good-looking locales, I’d recommend you give One Piece: Unlimited Worlds Red Deluxe Edition a try. Even without knowing much about Luffy’s overarching story, this game will keep you entertained for a good amount of time.

Now if you’ll excuse me, I have something like twenty seasons of the One Piece anime to watch. Should be a fun week. 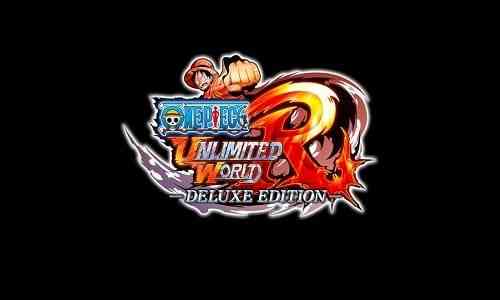 Hellcard, Sequel to Book of Demons, Heads to Steam in February
Next Metroid: Samus Returns Review – Space Jumping Into Tight and Fluid Gameplay
Previous NHL 18 Review – Proving One Game Mode at a Time That Innovation Is Everything