Mega Man is weird. Unlike most other franchises, his best work is tethered to the 80’s and 90’s. More or less every attempt at evolution has been met with boredom, derision and vitriol. Mega Man 9 and 10 are literal 8-bit throwbacks, casting off two generations of change to rest squarely in the NES era. The Battle Network RPGs evolved, but they’re also Mega Man games in name only. That’s why it’s so baffling that Mega Man 11 is both new and improved. This is the series actually growing a little, for the first time in almost two decades.

Both the story and the mechanics are centered on the Double Gear system. By overclocking yourself, so to speak, you can either slow down time or briefly boost your attack power. At first, I could scarcely remember to use these powers. Who needs new skills? This is Mega Man! I’ve been playing these games since I was eight years old! Yet the game will gently but firmly insist you do use these new powers. Block Man’s stage is an excellent example of this. There’s an enemy encased in a stone wheel you see several times. His weak spot is tiny and it moves around crazy fast. Hitting him is almost impossible, unless you slow down time first. Then you get this wide open window begging for a fully-charged buster shot. It took me a couple of tries, but eventually I could tap R1 twice in rapid succession, slowing him down just long enough to end his life. Every stage is designed like this, with obstacles that feel fiendishly difficult unless you lean on the Double Gear system.

Speaking of evolution, this game looks fantastic. On a scale strictly comprised of Mega Man games, 11 easily takes the top spot. I will have a soft spot in my heart for Mega Man X until I’m dead, but those sprites can’t compare to this game. It’s like all your favorite concept art brought to life. Every enemy, every effect, every background and all of the variant suits look incredible. There were one or two textures that could have been improved, but these were minor notes when compared to the character models on display. 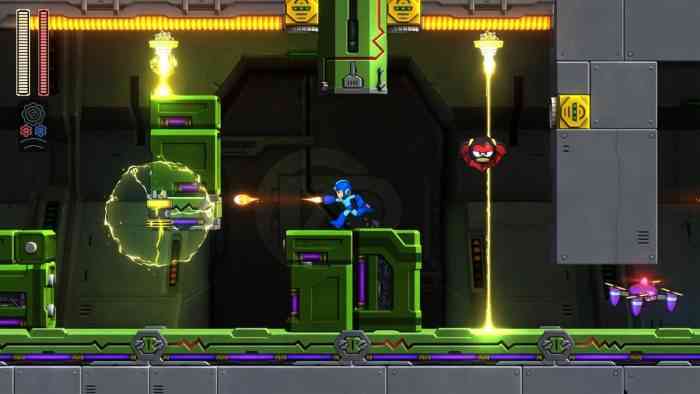 Mega Man has had a voice before, and it’s always cheesy. This game is no exception. All of the voice work is adorably ham-fisted. Everyone’s cranked up to max in one way or another and it perfectly fits the source material. For once I wasn’t even a little tempted to switch to Japanese voices. I wanted every word to be as cheesy as possible. It just makes sense for this character. Somehow I feel it in my guts that Mega Man is supposed to be ridiculous, and nothing should get in the way of that.

When you start the game, you’re presented with a list of difficulty settings. I opted for normal. Not because I’m confident in my skill, but because I wanted an authentic Mega Man experience. For me, this translates to a slog through the eight robot masters followed by a disheartening defeat at the gates of Dr. Wily’s stronghold. Normal mode was enough to deliver almost exactly this experience. I wanted to see the entire game however, so I reluctantly cooked up a second save file on a lower setting. After spending a little time on casual mode, my shame at copping out dissolved. If nothing else, dropping to the casual setting gave me room to experiment and practice the platforming. Hell, I’ll probably run through the entire game on every setting, just to help memorize the level layouts.

If there’s anything I’m not in love with, it’s tied to the challenge. The more frustrated I get, the worse the game gets for me. On the flip side, mastering every nuance of each stage raises my estimation of the whole experience. At the time this is being written, I still haven’t kicked Wily’s ass. I’m not in a huge hurry to, either. Mastery of Mega Man 11 happens in increments. The stages that frustrated me yesterday will break before me tomorrow. As I conquer every stage, it occurs to me that the whole game could be longer. Instead, the game’s length is padded by the lives system. I understand why Mega Man still uses lives. True success comes with mastery of the whole stage. But the frustration that comes with starting from scratch after a misstep onto a spike patch is thick. My rage at these points is a tangible thing, twisting up my guts and squeezing my controller until you hear the casing crack just a tiny bit.

Mega Man 11 brings the series to new heights. Every element of the game is glistening with polish. Yet, the core Mega Man formula remains largely unchanged. If you’re coming to this game looking for massive, sweeping shifts to the Blue Bomber’s oeuvre, you may come away disappointed. My disbelief at the growth that’s happened is tempered by the amount of growth in question. Make no mistake, these are small steps. But they still take Mega Man to a new place, one that I’m quite reluctant to leave. In spite of my constant, low-burning frustration, I’ve had a blast with this game. Fans can rest easy knowing that Capcom has brought the blue bomber back with a vengeance. 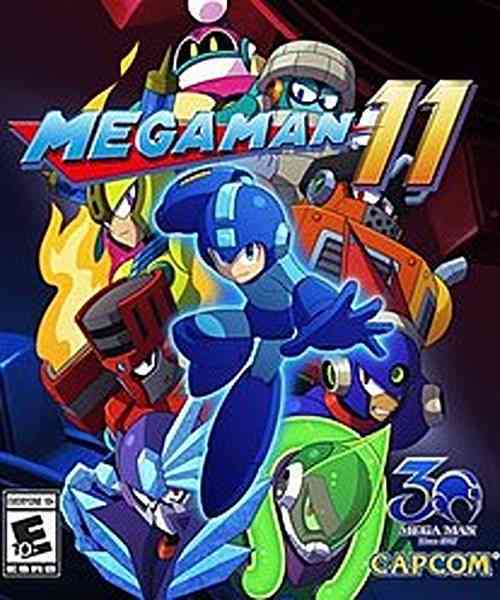