While most tower defense games have the players omnipresently overseeing the action, McDROID has you right on the battlefield. It’s a mechanic that has been seen in the genre before in games like PixelJunk Monsters and South Park Let’s Go Tower Defense Play!, but rarely from a 3D perspective where you can’t see the entire map. Is this hook enough to enrapture players or is McDROID a game filled with unfulfilled potential?

Players will be controlling the titular robot as he tries to heal the planet from dangerous alien bugs all while protecting his talking space shuttle. There’s an overarching story, but not anything particularly captivating enough to keep players on pins and needles as it progresses. The real draw here is the tower defense gameplay, and that’s an area where it delivers.

As mentioned earlier, McDROID is a tower defense game that has the player directly on the field of battle. Taking place in a top-down 3D view, the player will plant a variety of weapons on towers spread throughout each level in order to destroy the waves of evil aliens that inevitably come. One of the coolest mechanics is that McDROID can actually use himself as a moving tower by attaching weapons to his body, and can even directly aim at enemies as if the game was a dual-stick shooter.

“If you’re willing to put up with the difficulty, you will find some stuff to really like about McDROID. It has a fantastic art style, and the planet is always interesting to look at.”

Weapons grow naturally, though, but thankfully strawberries do. One of the more unique parts of the game is that players will be planting strawberries in soil, and then will have to collect them once they grow. They’ll then be able to use said strawberries as a currency, and purchase high-tech laser beams with them. Who knew that strawberries were so valuable?

The gameplay is largely fun, and feels fresh thanks to the change in perspective. There are some issues, though, which are the game’s enemy intelligence and overall difficulty. While traditional enemies in tower defense games will automatically go towards your base, that isn’t always the case in McDROID. Often you’ll have to come to them, as they sometimes just stand around waiting to be killed in an area. It isn’t fun when you can’t put your death traps that you’ve laid out into good use. 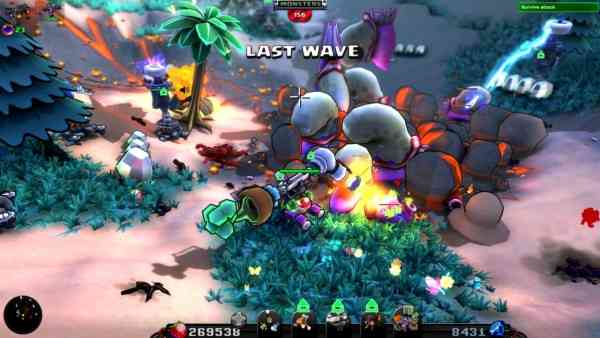 Also, McDROID gets very difficult quickly while not offering up any difficulty options. While the PC version of the game supported cooperative play up to four players, it’s weirdly omitted here. Without the added support of allies, the game actually feels unbalanced and loses a lot of its charm. The gameplay feels satisfying at times, but more often than not it feels like you’re not playing it as intended.

If you’re willing to put up with the difficulty, you will find some stuff to really like about McDROID. It has a fantastic art style, and the planet is always interesting to look at. The alien bugs can actually even be viewed in an in-game zoo, so it was fun to look at them in a bestiary of sorts. There’s also a lot of content, such as endless survival levels and challenges to take on outside of the game’s main story.

There’s a lot to like about McDROID, but sadly playing it on consoles is just not the way to go. Instead, it’s better played on consoles as it offers up cooperative play, which is a real game changer. It’s a game that should be played, just not on PlayStation 4 or Xbox One. 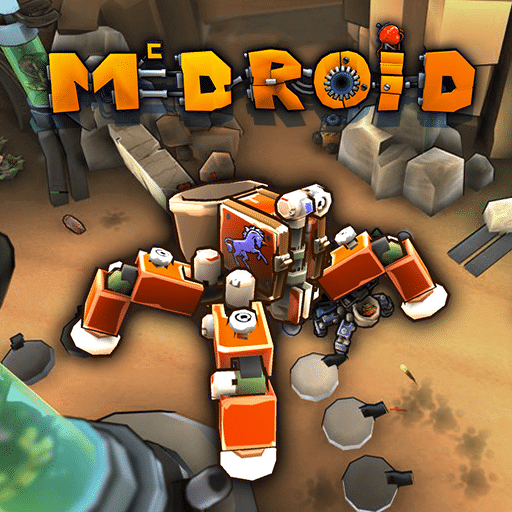 Social Deduction Game West Hunt Has Officially Released
Next Day of the Tentacle: Remastered Review – Double Fine Is On a Roll Remastering Some of the Classics
Previous Senran Kagura: Estival Versus Review – All About the Fap-Service, I mean Fan Service