When Marvel’s Spider-Man was released for the PS4 in 2018, it was hailed as a masterpiece. This site, along with several others, called it “the best superhero game ever made.” It pushed the aging PS4’s graphical capabilities to the limit, but the real star of the show was the excellent storytelling, along with tight controls and exciting action. Marvel’s Spider-Man was one of the no-brainer ports to the PS5, adding the kind of sheen that only next-gen machines can provide. Now, Marvel’s Spider-Man has landed on PC. Was it worth the wait?

Since the PC port is presumably aimed at those gamers without a PS5, we won’t spoil much of the story. It is, however, a remarkable narrative. While it contains larger-than-life villains and breathlessly exciting action set pieces, the story also takes time to explore the kid inside the mask. In Marvel’s Spider-Man, Peter Parker struggles with relationships, paying the rent, and the reality of everyday, non-hero life in New York. Some of the game’s best moments are its least melodramatic.

Battling Electro, Vulture, Rhino, Scorpion, and Doc Ock in a comic book version of New York, Spider-Man’s open-world mechanics don’t push the genre in new directions. That doesn’t mean that completing its missions, finding the huge number of collectables, solving puzzles, and playing mini-games aren’t a blast. They absolutely are. Playing the game a few years after release, just about everything holds up. The voice acting is stellar and the writing is generally excellent, aside from a few jokes taking a painful face plant. Some of the mini-games and puzzles outstay their welcome and interrupt the building pace. Finally, four years down the road, the lack of innovation in the open-world design is still apparent. While life swinging through the skyline is sweet, at street level things are less convincing. 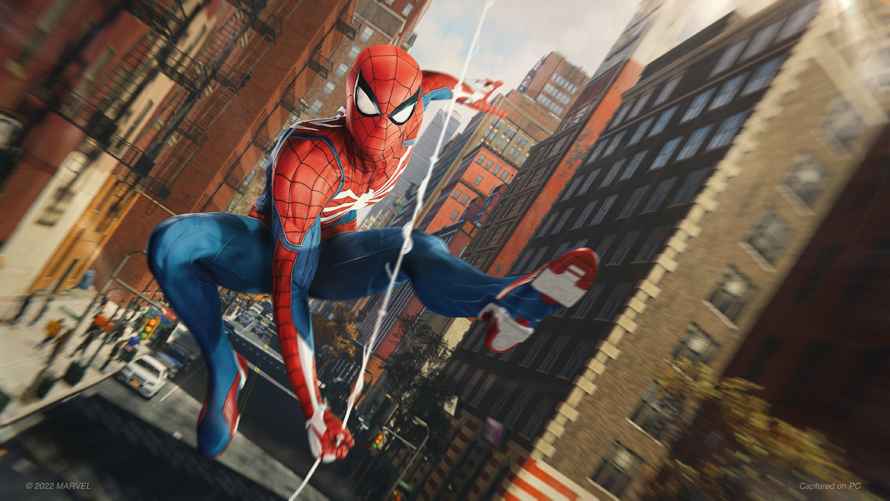 Spider-Man Remastered appeared on the PS5 in 2020, only available in a bundle with Spider-Man: Miles Morales. The Remaster included the City That Never Sleeps DLC, three additional suits, new trophies, and a more sophisticated photo mode. Technically, it really harnessed the power of the new console and brought the game up to the visual standard of Miles Morales. Enhanced textures, support for ray-tracing, positional 3D audio, and the DualSense’s haptic feedback were just a few improvements. The remaster also changed the facial model for Peter Parker from John Bubniak to Ben Jordan. Not everyone agreed with this change, but I thought it was an improvement.

The product that is landing on PC is essentially the same as the PS5 Remaster, optimized for personal computers by Nixxes Software. Like the PS5 version, it includes the DLC, three additional costumes and, for pre-orders, five skill points to get Peter started in style. Aside from the DLC, there is no new content, characters, or story enhancements. So, PC players can expect an identical game to that of their PS5-playing brethren, but with a huge number of ways to tailor their experience.

The range of graphical, audio, and accessibility options is incredibly wide. This includes the game being playable on systems from a Core i3 and Nvidia 950 at 720p all the way up to 4K at 60 FPS with every bell and whistle imaginable. In addition to various levels of ray tracing, other options and enhancements include NVIDIA DLSS (Deep Learning Super Sampling), NVIDIA DLAA (Deep Learning Anti-Aliasing), SSAO, texture filtering, LoD quality, and shadow quality. The suite of audio options and accessibility sliders is nearly as complete. 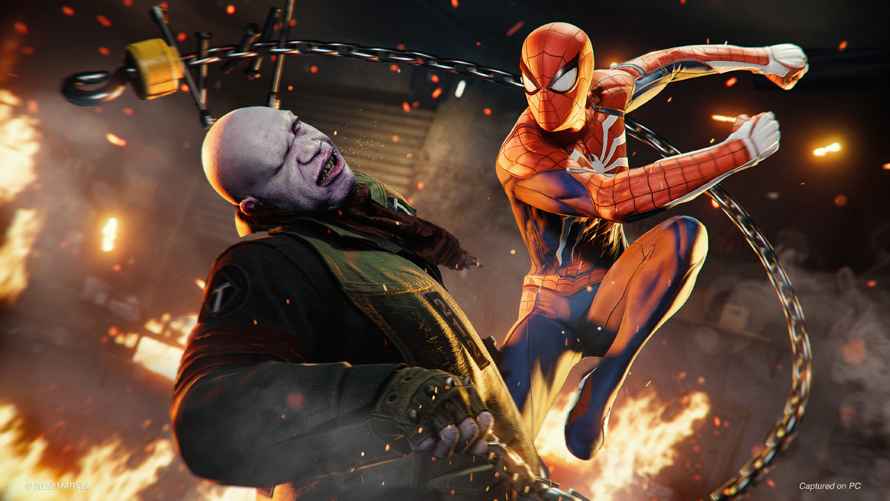 Take Control of the Wide Screen

Finally, Spider-Man Remastered supports just about every monitor size and ratio, including 16:9, 16:10, 21:9, 32:9, and ultra wide screen 48:9 resolutions with multiple displays.

So, How Does It Run?

Despite what you might think from this sweet journalism gig, I’m not a rich man. I have one PC, and it’s now a bit long in the tooth, with a Core i5 and a 2080 RTX GPU. I have a decently fast SSD and 32 gigs of RAM. So while I couldn’t test Spider-Man on a range of PCs, my computer is pretty close to the recommended specs (Core i5, GTX 1060 and 16 gigs of RAM). I ran the game at 3840×2160 at 60FPS, at the game’s Very High settings (including Very High raytracing) with DLSS turned on.

While the cut scenes were flawless, I ran into some very minor and only occasional framerate stutters, I suspect while assets were being loaded in the background. Aside from that, there were no issues. Performance was surprisingly good, considering my middling specs. Dialed back to the Very Low presets, Marvel’s Spider-Man on PC still looked and played quite acceptably. Without the advanced visual bells and whistles, the game’s story, action, and characters carried the game. 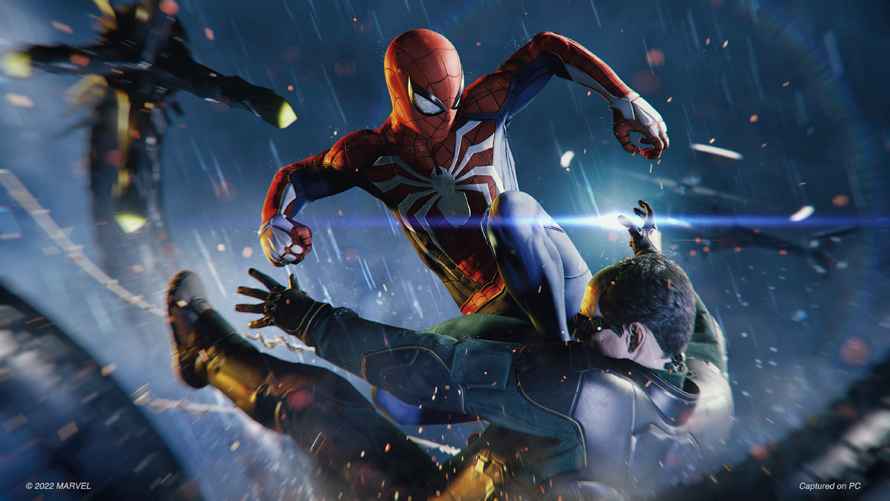 Bottom line, just about anyone with a relatively recent PC and GPU can find a performance and graphics sweet spot. When it comes to options, this port was done right. For anyone who missed it on PlayStation 4, or doesn’t have a PS5, the PC Remastered edition of Marvel’s Spider-Man is essential gaming. PS5 players who already own the Remastered Edition won’t get anything new. At launch, Marvel’s Spider-Man was a great game with some minor flaws. It still is. While I wish the PC version had just a little something extra, it’s hard not to recommend it.