When Marvel Entertainment and Capcom ended their partnership after Ultimate Marvel vs Capcom 3, the fighting game world didn’t know if the two titans would ever fight again. Turns out the will of the people is strong enough to mend a broken business deal, and Marvel vs Capcom Infinite has risen like Phoenix from the ashes. A return to a 2v2 fighting style is marked with the addition of a handful of new mechanics, some of which completely change the way MvC is played, yet all of them work incredibly well. I have a few complaints but Marvel vs Capcom Infinite is absolutely worthy of its moniker, giving my inner fighting fan plenty of love.

The first critique I’ve already heard about Marvel vs Capcom Infinite is its roster size, down to 30 from the previous game’s 56. While I also thought the roster would be bigger at launch, what is available is plenty to work with. The series stalwarts like Street Fighter’s Ryu, Darkstalkers’ Morrigan, Iron Man, and Captain America are joined by newcomers Captain Marvel and Gamora, Jedah Dohma from Darkstalkers, and a previously skipped over MvC veteran in Thanos.

What does bother me about the 30 selectable fighters is that only six of them are brand new character models made for this game. The other 24 are quite clearly brought in from Ultimate Marvel vs Capcom 3, and while they’re enhanced by the new visual style it’s hard to not see the previous incarnation. Thankfully playing as these characters doesn’t follow the same path, with plenty of notable changes being made to them. A few changes of note are Spider-Man’s Level 3 Hyper Combo (which references the original Spider-Man movie franchise of all things) and Hulk’s ability to jump across the screen (because more mobility is exactly a guy with his power needs).

“A return to a 2v2 fighting style is marked with the addition of a handful of new mechanics, some of which completely change the way MvC is played, yet all of them work incredibly well.”

No matter which two fighters I choose, it’s the third choice that really gets my strategic mind going: the Infinity Stones. Each stone produces two abilities: a quick Infinity Surge and a “super move” Infinity Storm achieved by filling the Infinity Meter. Each of these moves needs to be considered when pairing them with a certain team, and the right combination of fighter and stone could make all the difference in battle.

Infinity Surges are quick attacks themed around the stone’s power, like the Mind Stone’s throw that causes an instant stun upon recovery or the Time Stone’s quick dash across the screen, and these moves are what I would plan my teams around. Surges are good for setting up longer combos or getting out of a pinch, but it’s the Infinity Storms that really showcase the potential of these gems. Storms are a little more flashy and much more powerful, like the Space Stone confining my opponent to half the screen or the Soul Stone resurrecting a defeated partner and letting me fight with two characters at once. I love the Infinity Stone mechanic, as it adds a layer of strategy and planning to team-building that’s more than just choosing the right characters. 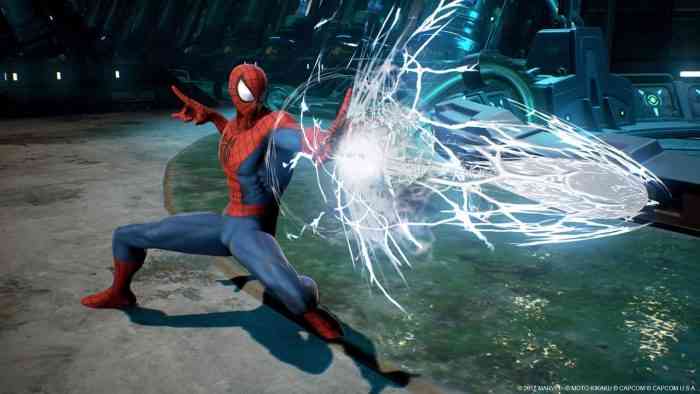 Auto Combo and Active Switching are the two other big changes, and the disparity between them is staggering. Auto Combo lets me perform a quick 8-hit combo by pressing one single button repeatedly, and it’s easily abused to the point of not being fair. Using this method I can easily chain a combo together, then extend it by switching to my partner and Auto Comboing again. The Easy Hyper Combo only compounds the lack of fairness, giving me a Level 1 Hyper with the press of two buttons. I understand the need to bring new players into the mix and this mechanic can at least give new players access to easy and flashy combos which is fine, but as a long time MvC player, I can see this becoming a long-term problem fairly quickly. At least give me the option of turning the easy stuff off, which currently does not exist that I could find, and that way I can play my way. It’s like a bicycle where the training wheels just fold up onto the wheel instead of being removed; if the crutch is always available there’s always the temptation to use it.

Conversely, Active Switching is one of the most brilliant additions to MvC in its history. Removing all restrictions from tagging in partners and letting me do it whenever I wish takes combat to a whole new level. I was performing some combos with Mega Man X and Ryu that actually had my jaw dropping, things unlike anything I’d ever been able to do before. Not having to stop what I’m doing in order to tag a fighter in (and also not having to burn Super Meter to tag mid-attack like before) opens up Pandora’s Box for combo possibilities, making one of Marvel vs Capcom’s strong points — flashy combos — even stronger. 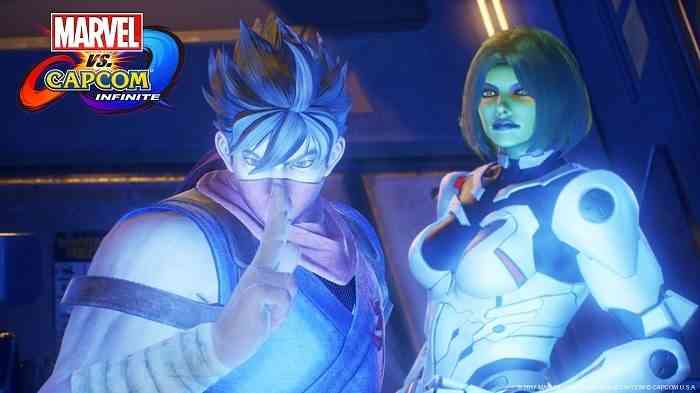 Unlike previous MvC games, a story mode ties everything and everyone together, pitting the forces of good from both universes against Ultron Sigma, a hybrid of malevolent machines from the two worlds. The story’s quality surprised me, throwing some unexpected twists at me while making sure everyone on the roster (as well as some future characters) got equal screen time. That’s an impressive feat considering there are over 30 faces that need to be seen, and I’m very impressed with whoever wrote this arc. Also, in true Marvel fashion, there’s even a post-credits scene that sets up the next chapter of the story perfectly, and more of this story is fine with me.

There’s been some unrest within the fighting game community about Marvel vs Capcom Infinite and whether or not it will live up to its lofty predecessors. There are issues to be ironed out, the Auto Combo being a huge one right out of the gate, but none of the issues I have with the game can’t be fixed with patches or updates in the future. The core of Marvel vs Capcom Infinite shines like the Infinity Stones it features, and there are Infinite possibilities of where the game can go from here. It’s Mahvel baby, and it’s back in a big way.

What Will the Story of the New Marvel WWII Game Be?
Next Call of Duty: Infinite Warfare Retribution DLC Review – Ready to Move On
Previous Time Recoil Review – A Time to Kill