Marble It Up! Review – Made by Ghosts From Marble’s Past

Marble It Up! Review

Bad Habit Productions came to be out of a combination of smaller indie studios who all enjoyed one thing: rolling marbles across crazy boards as fast as possible. A number of the team members also had their hands in other marble-related projects, notably including Marble Blast Ultra and Marble Blast Gold. It’s safe to say these folks know what they’re doing when it comes to this genre of game, and while it may draw similarities to a certain franchise involving monkeys in balls, Marble It Up! does plenty to stand out on its own with its creative level design, excellent soundtrack, and rock-solid performance.

Marble It Up! rolls into the Nintendo eShop, and it’s rather refreshing to see a game with such a simple concept be such a satisfying experience. Its visuals pop, and there’s something to be said for clean, minimalist textures and Bad Habit Productions uses them to help make each level stand out even more than it already did. Marble It Up! also throws plenty of tricks your way across the 40 levels included in the game, with each being highly replayable, if Leaderboards are your thing. If they aren’t, however, then that’s understandably a bit of a concern. Fortunately, the team has already confirmed that they’ll be providing levels down the line, so Marble It Up! will have a bit of staying power, to say the least. Each level also features its own secrets to uncover, unlocking new skins that let you give your marble a little bit more zazz in the process.

Replaying each level is enjoyable as well, thanks to the added competition of the leaderboards. Levels can be cleared with Silver, Gold or Platinum times, with the latter posing a pretty sizable challenge. Some of the top times are downright insane, and it’s because Marble It Up!’s mechanics are so deceptively simple that the players are able to pull off some absolutely insane times as a result. It handles super smoothly, and at no point do you feel like the game’s difficulty comes from poor design. Beating levels (or failing to do so) is strictly on how good the player is, and improving your command of your marbles is simply a delight. As I got the hang of the physics in the game, I went from simply rolling along the track to trying to find new shortcuts making use of extra speed and height to help cut down on my overall times on each level, and this replayability does a lot for the game in the long run. For those focused on being the best, you’ll find plenty of incentive to replay each level to get that top spot, and you’ll look damn good doing it in the process. 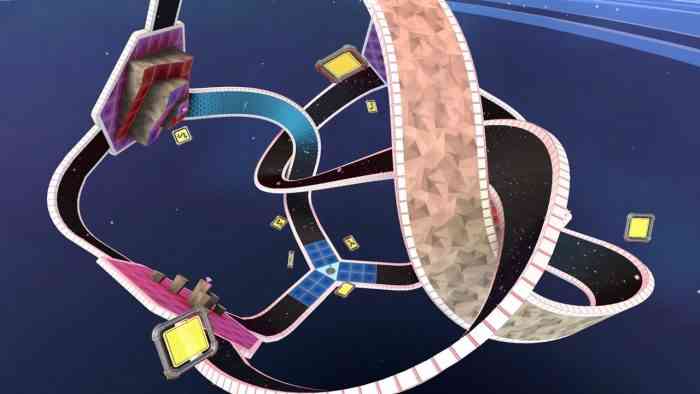 Marble It Up! is by no means a graphical powerhouse, but it runs like a dream. Be it in docked mode or in handheld mode, you’ll get a solid 60 FPS that doesn’t dip whatsoever, so that sense of speed is never lost, thanks also in part to a thumping soundtrack that’s a treat to listen to as you whiz across each level. It’s just a shame that in the game’s current form it finishes when it just feels like its starting to begin, but the added support in the near future will do a lot to help improve on what is currently being offered. There’s no word on if the level editor will make its way to the Switch, but the platform will get curated levels that the developers deem the best, so here’s to hoping a steady stream of content comes to the title in the future.

There’s plenty to like about Marble It Up! in its current form, but if you’re not a diehard fan of the genre, it may be worth waiting for a sale due to how short Marble It Up! feels. It’s absolutely a well-crafted experience that looks, sounds, and plays great. It’s just a little frustrating to see another indie game on the Switch eShop that feels a little light on content, especially with its price point. If you played any of the other aforementioned Marble titles, then this is right up your alley. Heck, if you’re just looking for a new experience that isn’t some randomly generated, pixel-like game that the eShop is currently flooded with, then you’ll likely be just as pleased with Marble It Up! as I was. Nobody does Marbling like the folks at Bad Habit Productions do, and its clear that they have an intense fondness for this genre of game.

***Switch key was provided by the publisher*** 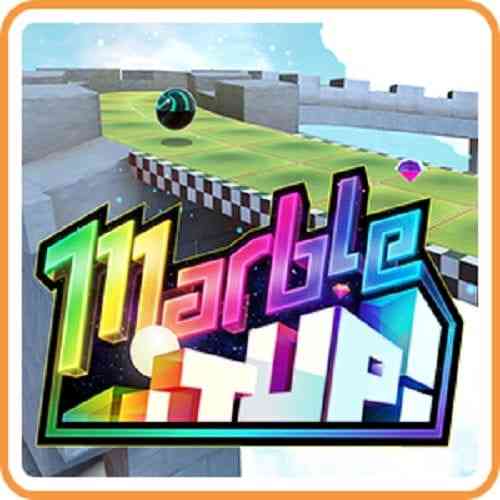 Publisher: Marble It Up! LLC