Developed by LLC Blini Games, Lovecraft’s Untold Stories defies expectations and proves to be greater than the sum of its parts. Delving deep into the mythos of the iconic H.P. Lovecraft, the Untold Stories are beautifully crafted love letters to the literary works while balancing both twin stick controls, roguelite progression, and the serious nature and tone of the subject matter in an addicting and hypnotic way.

Players begin the game as a private detective investigating the mysterious actions of a cult in town. Armed with a shotgun, you’ll travel through procedurally generated rooms finding clues, items, and gear while attempting to get a grip on your sanity. As a fan of Lovecraft’s written work I was skeptical of this adaptation even when booting up the game – how much fun could another twin stick shooter be? I was pleasantly surprised by the depths the team at Blini Games had gone to in creating something so fresh. At its core, Lovecraft’s Untold Stories plays like a typical roguelite shooter, with rooms locking behind you until enemies are cleared out. Each room has something to encounter: whether it’s an eldritch horror, items to loot, lore to find, or sanity to test.

You’ll unlock other characters to play along the way should you meet an untimely end and have the option to start fresh under an entirely new narrative, and each character is starkly contrasted from the other; the detective has a good amount of health and wide range of attack as well as a dodging mechanic. The professor shoots slower but deals high damage and can project a shield around himself – although it is also worth noting the professors “homing” attack will more often than not attack the furniture or walls rather than the enemy. I greatly appreciated the method of which characters are unlocked and the fact they each have their own story rather than playing the same missions with each character. 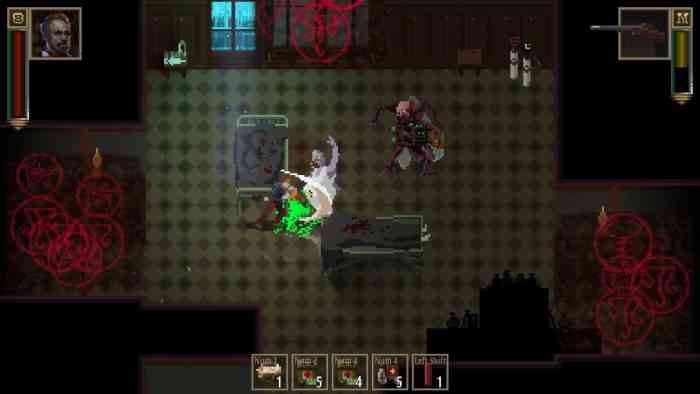 The witch, in particular, stands out as a very unique character but not to my taste. Hampered by significantly less health, the witch is a glass cannon who deals high damage with a variety of elemental powers but picks up less resources and less healing items. I struggled just to make it through her prologue mission. She does, however, also seem to have a natural resistance to insanity – or rather it affects her much slower – due to the spiritual nature of her powers. She can even take the bones of the dead she finds and turns them into magic grenades.

Between chapters, each character will return to a mysterious hub where their collective information on the eldritch gods is kept. Even if you die, all information is saved and shared across each characters time in your hands. There is also a large storage unit with which you can share and leave gear for each character to use. I made the mistake of not realizing just how crucial a mechanic this was. With my detective dying in chapter 4, I attempted to start the chapter again having lost all of my gear and not leaving any provisions in storage for myself. I was easily killed within a minute and will now wisely be going back to an earlier chapter to stock up on goods. 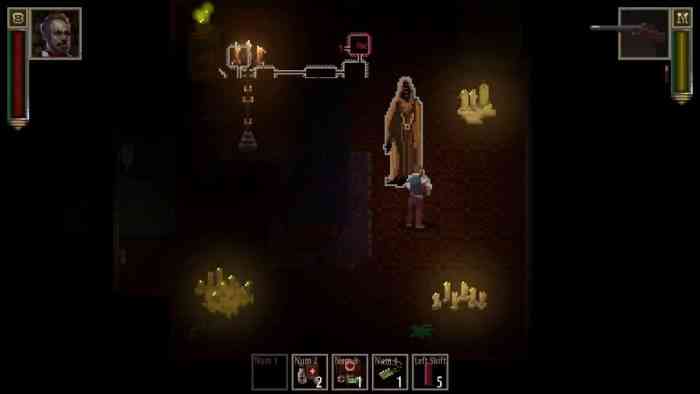 Visually the game is just as fun, opting for a retro-pixel style artwork that still gives you plenty of detail but feels like a classic. This can, however, be a problem when it comes to certain environmental traps as cracks in the floor which caution of a falling pillar are hard to see, so too are the holes in the ground for spike traps. You’ll also trigger a trap only because the field of depth might trick you into walking into one. On your journey there will be a number of status effects that you’ll need to deal with through trial and error: burns, poisoning, and bleeding will happen frequently, however, their effect lasts a little too long to be justified. If you have no bandages for a bleeding wound, you’ll take damage for what seems like two minutes straight – even more if you are struck with it again. The game also, unfortunately, does not explain what each affliction is and expects you to learn as you go. My aforementioned death came at the hands of the parasite enemy that – if not treated – will tear you apart from the inside and yet I had no idea what to do to save myself.

Lovecraft’s Untold Stories does make for a brilliant blend of source material and gaming, however. The twin-stick combat isn’t a mad foray into bullet-hell territory and you are encouraged to explore every room and interact with every object. The lore for the game is written so well with the tone of the source material that I was engrossed in gameplay into the wee hours of the morning without realizing it. It’s haunting and creepy and handles the world of Lovecraft just right. 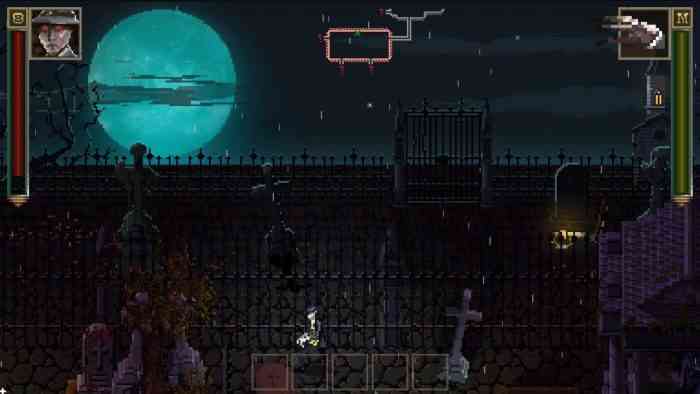 The roguelite elements the game presents feel fair, and the ability to replay completed chapters and share items with the other characters through the storage box is a much-needed boon to help the story and atmosphere thrive as you delve deeper into madness. Had the developers simply slapped the Lovecraft label on the game and not explored the rich mythos inherent in the name, this could have been a disaster of a game, but instead – and despite of its faults – Lovecraft’s Untold Stories is a rich and intoxicating set of tales weaved together, balancing mystery, combat, and madness together in an engrossing experience. Combat isn’t particularly up to snuff with today’s standards but it could be forgiven considering its aesthetic and gameplay are reminiscent of the SNES, with which the controls fit in perfectly. 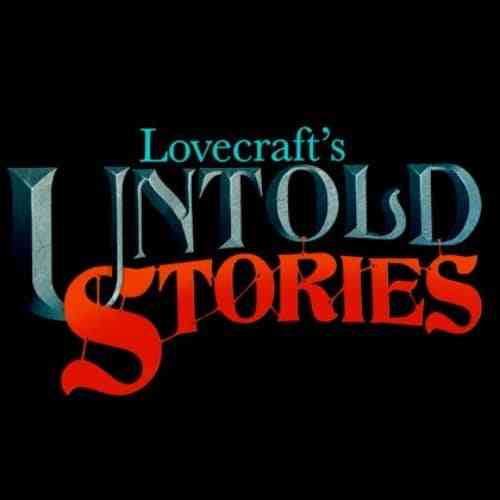