While there is no shortage of shooters in VR, one of gaming’s long-standing mainstays is very underrepresented, the platformer. That’s not without good cause however as it’s a tricky proposition to translate them into Virtual Reality properly. There are examples out there of course, but the latest to take a stab at it is Light Tracer. Instead of taking control of the hero (heroine in this case) players are tasked with leading the main character. It is a good approach in theory, but will it pan out in reality?

If you like your games’ titles to be entirely on the nose then you’ll love Light Tracer. You play as a god-like being who guides a princess up a magical tower by, wait for it, tracing a path with light for her to follow. It doesn’t get much more literal than that. In one hand you control a staff that emits the aforementioned light and the other is used to change views and manipulate special blocks. Light Tracer isn’t just strictly a platformer, but that heavily incorporates puzzles as well.

The game is broken up into 8 different chapters, each with their own sets of challenges and conclude with a boss battle. Those battles seem to be an interesting addition as it was something wholly unexpected. It’s not that the battles themselves are bad, but the first encounter with one felt out of place. I thought this was a game about leading a princess around a tower? It just didn’t jive with what I had done up to that point or at all again till the next one.

“The track pads are unbelievably sensitive and movement is done by touching the pad.”

Precision platforming requires precision controls to really make the most out of the experience. This, however, isn’t a strong point with Light Tracer. Using the HTC Vive controllers was actually a bit of a nightmare in this one. The issue is ironically is partially due to the extreme precision of the Vive controllers. The trackpads are unbelievably sensitive and movement is done by touching the pad. Seems OK, but that ultrasensitivity can lead to unintended movements or quite often moving earlier than intended. The other control issue is that jumps are performed by pressing down or clicking the trackpad. Since just the slightest touch to the pad will move the player, pressing down to jump makes a simple task like jumping straight up, without moving in any other direction, far more of a nuisance than it should be. There’s a perfectly good trigger button on the bottom, why not make use of that?

Let’s dabble in immersion for a bit. This is an interesting one in that area, as playing a god-like creature looking on from the outside isn’t exactly fourth wall breaking, but at best it’s right up against it. There are some light story elements that do try and draw you in to become more invested. The reality is that the differences between using your controllers in real life are so similar to the “controllers” you are using in game that there is no real leap being drawn in further. It’s always just, a person sitting/standing playing VR, the parallels in game are just too meta to work on that level. 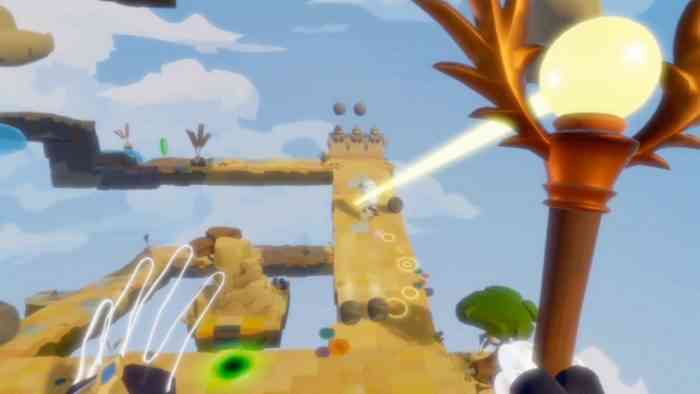 Where does it all end up? Light Tracer is the kind of VR game that I could just take or leave, either or and be fine with it. Its controls, while not optimal, aren’t bad enough to make me want to stop playing on their own. A lack of real immersion is there, but again, not a deal breaker. The puzzles can get quite challenging. Boss battles, even if they don’t seem to fit, are well done. The visuals are fairly good. The atmosphere is mostly light-hearted, yet it’s not something I’d want to play for long stretches of time. Overall, it’s just OK and there’s nothing wrong with just being OK. 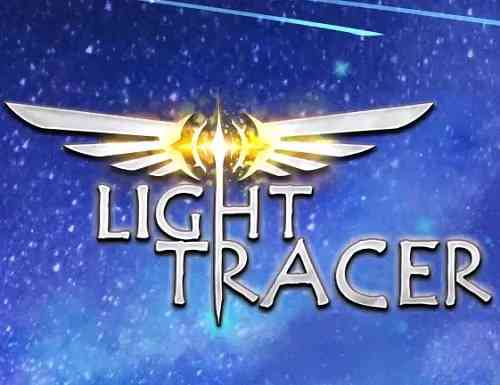