Lifeless Planet is a small indie game that I enjoyed more than I thought I might. It introduces new game designers, and if Microsoft hadn’t done away with the XBLA Arcade program this title would have most definitely been something that could have ended up on a “Summer of Arcade” or a similar promo to bring new titles to gamers. Having learned a little bit about this game from my PC gamer friends it had me a bit intrigued at what this one man studio could do.

“…they may not be the best graphics but they sure do paint the right picture.”

Graphically, this title is a little more last generation than the current, but it does an amazing job of building up an atmosphere that is barren, depressing and drowning in hopelessness. There is endless sand, rocks and dead trees along with anything else that was once living. You’ll come across a ghost town, dams, power lines and underground bunkers that are all part of what you discover pretty early into the game. As I said, they may not be the best graphics but they sure do paint the right picture.

What really adds to the atmosphere are the small sound effects. Such things like when you’re gasping for air as your oxygen runs low or when you’re just plain shocked at some of the events that you’re going through. Another great effect is when you fall to your death and your body thwacks against the side of the cliff instantly killing you as your brain jiggles around. It might just make you wince at the sound. Mixed in with the sound effects is some quality voice acting. The main character becomes part narrator as he voices his thoughts, inwardly and out loud. The musical score is stunning as well, hitting every beat of the drum to crank up the tension or using string instruments to add some panic to the situation. In contrast, when there is nothing exciting building up on screen we are left with silence and only the wind howling by or pebbles falling down the cliff side. 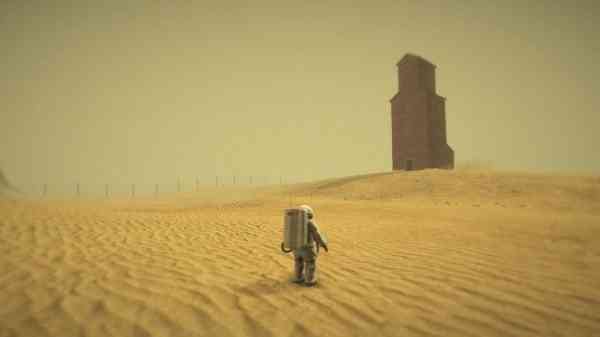 The game itself has some very minimalistic gameplay mechanics. You’ll find the basics of movement, jumping/boosting and moving things around with your hands or other tools. I would classify this game as a story adventure with some puzzle elements. The puzzles themselves are not very complicated. I found myself getting through them in relatively short time. What was frustrating was figuring out where to go at times. In all honesty I’m unsure if it was craftily designed this way on purpose or horribly designed and done unintentionally. Parts of the environment didn’t appear to have any pathways or entrances and most of the time I would find them by accidentally falling onto them.

Sometimes I would spend quite a bit of time figuring out where to go as there was no narrative to indicate which direction I should venture. I don’t expect to have a nice golden arrow pointing my way necessarily but there should be some clues for me to look for to give me at least a little hint. To rely on luck rather than investigative skills makes this aspect of the game feel unnatural and it proved to be a little frustrating at times. 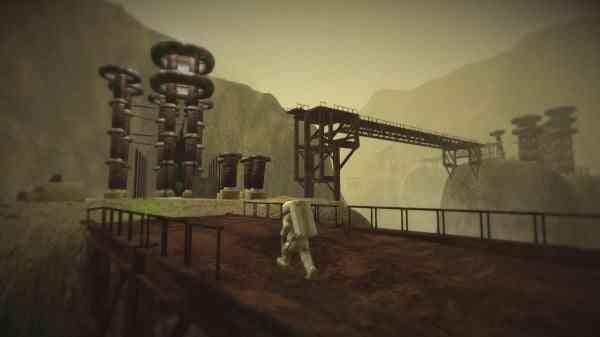 On a more positive note, even with frustrating moments like this, and the simplistic controls, I found myself pushing on and on into the game as the story itself was quite the mystery. Being launched into space and travelling for 15 years to a planet that was supposed to be full of life, and potentially a new home for humanity was intriguing. Unfortunately you find yourself crash landing, with your fellow astronauts nowhere to be found. As you set out to explore this planet in search of your companions you start to lose oxygen quickly and have to search out a new supply before it is lights out. The screen darkens and your breathing becomes more laboured, but you see a flashing light in the distance. As you approach you are lucky to find a lander of some sort with a fresh 8 hour supply of oxygen for your body to feast on. As you explore the barren planet more the mystery deepens as a ghost town with a Russian Flag flying above it shows that you are definitely not the first people to come to this planet. This opens up a flood of questions and mysteries for you to solve, all which comes with its own twists, turns and perils as you explore more and more of this not so Lifeless Planet.

“Get past some of the rough patches though and there is some good to be found in this title, especially when it comes to the story driven narrative…”

I found that I enjoyed Lifeless Planet quite a bit after I spent a time with it and got past the frustrating aspects of the game. This title is 100% made for the ‘niche-gamer’ and won’t appeal to a broader audience. This is evident with the level design frustrations early on, which will no doubt scare away some gamers from even playing past a certain point. Get past some of the rough patches though and there is some good to be found in this title, especially when it comes to the story driven narrative that takes you through this grand adventure. So with that in mind, I definitely encourage people to get through the blips in gameplay and really enjoy Lifeless Planet for the great story it shares, as this is where the game truly shines.

Next Endless Legend: Guardians Review – Solid Expansion But Should Have Been Included at Launch
Previous 0RBITALIS Review – Crazy Addictive Gravity Puzzler is Better Than You Might Expect