Endless Legend: Guardians Review – Solid Expansion But Should Have Been Included at Launch

My experience with Endless Legend: Guardians is almost as complex as the game itself. I never played the original Endless Legend, so when it came time to review this game I was forced to reverse engineer what I imagined the original game was like without Guardian’s changes. In short, the conclusion I reached was that most of the changes that Guardians brings to the table are things that I was surprised to find out were not already a part of the game.

I have a hard time not having a cynical view on this fact. The things Guardians add are fairly basic. For a game that covers such well-trodden Civ-style ground it’s impossible not to wonder about how a lot of what is delivered in this expansion was left out in the first place. Then, eight months later, along comes the expansion to complete the experience for an additional $10. It’s only when I see what this expansion adds, and look at in through the lens of hindsight that I wonder if the original had been stripped to make way for DLC. Like I say, cynical, but I couldn’t shake the feeling the entire time I was playing it. I felt like it added one additional piece of actual new content, and a lot of stuff that should have been in the box at launch.

So what comes in Endless Legend: Guardians? For starters, the titular Guardians are incredibly powerful new units every faction can get in game. I was kind of torn about how to present them because they are far and away the most interesting part of this expansion. They are essentially giant monsters made of the elements that will claim victories for you all by themselves in a dramatic elemental themed fashion. They are fun to play, and for the record I think they might be worth the price of admission for this DLC, but they do come with a small caveat.

I found after I started really understanding the game that they may not be worth the effort you put in. You can’t unlock the first of them until the third age, and as you progress you can research a new one with each subsequent age. As you research them they get more powerful and complex ending with the wind themed one that teleports around the battlefield wreaking all kinds of havoc. Here’s the problem, after a few games I began to wonder if it was worth the time it takes to get these behemoth units online? They will win you battles, and they look cool doing it, but in the time it takes you to research and then build them you could have done a hundred different things that would have all lead to the same outcome.

“It’s a fine follow up, and I can’t recommend it enough, but I also cannot shake that nagging feeling that everything it brings to bear wasn’t adding anything new, it was merely completing the original.”

It really comes down to whether or not you are interested in the manner in which you want to win in the late stages of the game. This is a game where careful management of your resources is paramount. The truth of the matter is that another legion of five or six units might cost less, arrive faster, and achieve the same goals, but can you put a price tag on destroying your enemies with a giant monstrosity made of rivers who pitches tidal waves around literally washing your foes away? If sounds like your kind of thing, and I hope that it is, then go pick this thing up because that was a highlight for me, and it was the one thing I really felt good about in this expansion. Just know that you might find yourself balancing their potential value in the course of the game, and possibly finding it somewhat wanting.

I should speak briefly about the other elements this expansion includes. The newly added legendary buildings and legendary deeds essentially take the place that Wonders do in Civilizations. They are a global race to achieve something before your enemies do. With the buildings it’s creating a unique building that adds a serious benefit to your city. Only one faction can build these buildings and anyone else who was trying gets their materials refunded once the first one is built.

The deeds are things like “be the first to destroy ten other armies” and they come with some sort of reward for doing so. What really makes this work is not the reward though. It’s the fact that if you don’t achieve these legendary deeds then you are informed on screen that one of your opponents did, and that sting is a surprisingly powerful motivating factor to get there first. 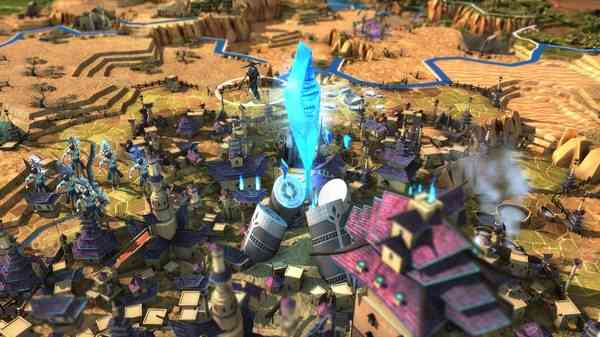 Both things add a lot to the game, so much so that I was annoyed, as I mentioned earlier. It felt like they were such crucial parts of how this game functioned that I couldn’t imagine how it would proceed without them. Whether you see this as a developer recognizing a missed design opportunity and fixing it, or the tragic downside of our new DLC riddled hobby, is up to you.

In the end I remain somewhat mixed about this expansion. All the pieces are amazing, well-constructed, and add to the overall experience of the game. It’s a fine follow up, and I can’t recommend it enough, but I also cannot shake that nagging feeling that everything it brings to bear wasn’t adding anything new, it was merely completing the original. With the exception of the Guardians, it’s not really new content in the sense that most DLCs offer, its additional functionality. That might be a distinction without a real difference for most people, but I couldn’t help but feel like it could, and should, have been so much better than it was for the price tag. If I’m shelling out $10 for new content, I want new content. Nevertheless, if you enjoyed Endless Legend then Guardians completes the overall experience.