It can be very difficult to do a roguelite properly, where death is certainly a setback but you’re given enough incentive or permanent rewards to make every run count. For those of us without the time or perseverance to hurl ourselves against a brick wall time after time hoping to eventually break through, Leap of Fate is an excellent option, giving us instead a hammer that grows stronger with each smack against the stone.

Leap of Fate is a top-down twin-stick shooter. You start with one character unlocked, Aeon the shadow mage. Each level is a series of trials, spread out as face-down cards chaining from one card to the next. When you complete a trial, the next card or cards will flip, and you can then choose your path accordingly. There are a few options when each card flips: fight, fight with reward, gift, upgrade, store, sacrifice, and guardian. While there’s a lot more to it, the basic objective is to move to the guardian card, kill the boss within, and proceed to the next level.

Where things get complicated is the mixture of skill trees and glyphs. As you move through the trials, you’ll inevitably gain mana which is then used either at a store or upgrade card. Your hand is forced at upgrade cards by only giving you one or two options out of the three upgrade types: mobility, passive, and attack. Here you’re able to purchase bonuses like extra damage, faster movement, or the ability to create an explosion when you shadow walk. The trees are surprisingly extensive and diverse, and I’m actually glad you can’t just pick and choose which tree you improve every time you get an upgrade card. This way, every run is different.

“Honestly, I went into Leap of Fate with low expectations of just another twin-stick shooter and was very impressed overall.”

Aside from the skill trees, you can also upgrade your glyph. Each character starts with a signature glyph, like Big Mo’s grenade or Mukai’s chain. Not only can you buy upgrades so they deal more damage or create stronger/longer lasting debuffs, but you can often swap out your current glyph for a new one. This is huge, and once you determine which ones are your favorites, you’ll find yourself hunting them down rather than buying upgrades or gifts. I’m personally a huge fan of the turret and golem, though many are quite useful overall.

Each character has their own shadow walk as well, which is basically a mobility button that tends to work as a quick dash. These can be upgraded as well, though it’s done through the mobility skill tree instead of purchasing glyph upgrades. Both abilities – glyphs and shadow walk – use charges that are granted in each card. You can find charge upgrades as well as energy cells, which basically act as extra one-time use charges for either ability. With all of these different methods of upgrading and customizing, you’ll feel like a serious threat by the time you reach higher levels, and it’s going to feel relatively different each time. 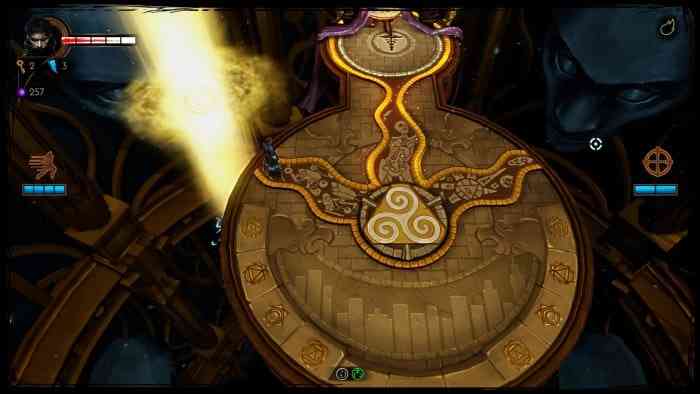 So this is all well and good, but how is it a roguelite and not roguelike? Every time you play, there are bonus missions that can be completed to unlock permanent upgrades for each character. These missions are usually pretty easy to complete, like enter ten combat cards in level 3, but sometimes you’ll get a real challenge thrown at you. Once your run is over, successful or not, you’ll gain new passive upgrades like extra life, more damage, or even starting with some great abilities like the ability to reflect projectiles. Well, as long as you’re completing those missions of course.

Honestly, I went into Leap of Fate with low expectations of just another twin-stick shooter and was very impressed overall. There are a few things I think need work or could have been done better, like maybe adding a fifth character or improving the soundtrack a bit, but when it comes down to it you’re paying about fifteen dollars for a game that has serious potential to keep you playing for hours. Each character has to be unlocked, they all have their own permanent upgrade wheels, and then there’s a hard mode for when things finally get too easy. To top it all off, all four characters actually play very differently as well, and they’re all viable! I remember looking at the trailer thinking Mukai, the melee character, would be terrible but she’s turned into my personal favorite. 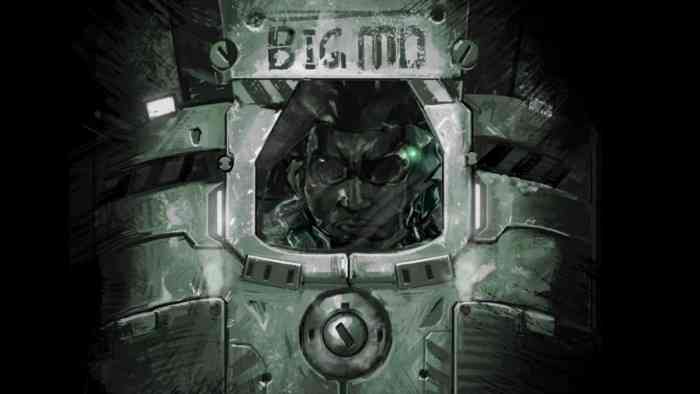 If you enjoy roguelikes but want something you can play for half an hour at a time and actually see progress, I strongly recommend Leap of Fate. It has great value, an interesting story, and fun gameplay. If it had a multiplayer component so I could team up with a friend, I’d be giving it a nine out of ten for sure. 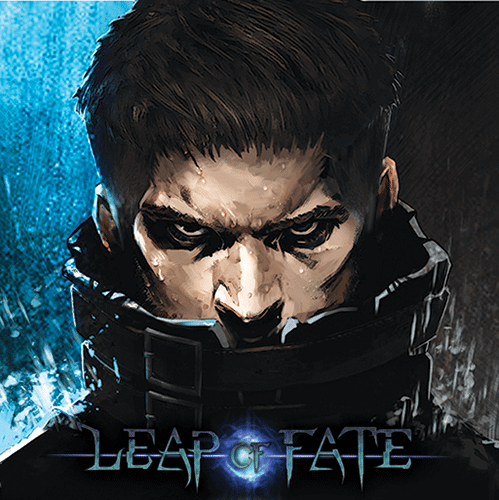 Them’s Fightin’ Herds Brawls Its Way To Consoles In October
Next The Town of Light Review – Strong on Story, Short on Horror
Previous Bounce Rescue! Review – Nothing Ventured, Nothing Gained