You wake up in a basement alone with no memory of who you are, where you are, and how you got there. Then you notice the word “KLAUS” tattooed on your arm. What does that mean? Let’s find out.

La Cosa Entertainment’s first game starts off with this premise and manages to drawn you right in from the get go. Klaus is a subversive puzzle platformer type game that is very refreshing in all aspects – gameplay, design and sound to name a few.

The game wastes no time throwing you right into the gameplay. However, they do this very effectively through a tutorial type stage. You learn the mechanics of how your character moves, ways to jump higher and faster, etc. There is also a very innovative use of the touch-pad on the PlayStation controller. You use the touch-pad to move a circle on the screen, which you then use to lock onto certain items such as a platform. Once locked on, you will then use the controls to move the platform on the track. While this might seem simple at first, the games challenge definitely picks up.

When you need to move multiple platforms in a row the game gets tricky. The use of the touch-pad and locking system can be extremely frustrating at times as it took some time to get used to. It resulted in to some “cheap deaths” where you can feel cheated because you just couldn’t touch the pad faster enough or move the locking circle in time. That said, any frustrations that I felt while playing did not make me want to stop. I felt that each section I was stuck on could be done, and it made me want to continue trying until I was able to pass it.  The controls can just be very awkward at times with the use of the touchscreen, you never quite get the hang of it.

“The style of this game is what drew me in at the start. Flashy animations with a unique design that reminds me a bit of a cartoon film noir.”

The game is very generous with the save points, appearing after each difficult section. Personally, I liked where the save points where because I felt like I had deserved them after completing a really difficult section of the game. If you do not complete a level, close the game and come back you will start at the beginning of that level; which can be very frustrating when you are stuck on an area and want to take a break. So just keep that in mind while playing.

The style of this game is what drew me in at the start. Flashy animations with a unique design that reminds me a bit of a cartoon film noir. Things are bold, colors are bright and animations are cleaver, especially once you uncover hidden memories within Klaus’ mind. It has a wonderful color scheme for each chapter, with tongue-in-cheek comments that appear on screen as you play. The majorly of the dialogue is done through text but even that is creative. When you play through each level, text appears to let you in on the characters thoughts and surrounding. Sometimes I found myself saying things like “oh great another set of spikes with a wind tunnel” only to find out my character was thinking the same thing. 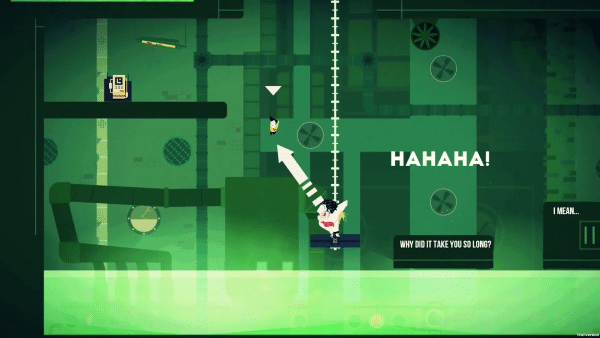 Klaus doesn’t stop there. New abilities and dangers are introduced in each level only to have them turned upside down in the next. This makes for interesting gameplay and no level seems like filler or duplicated. During the game you are introduced to another character K1 who is the opposite of Klaus. Working together, they can reach higher platforms. Players must control both Klaus and K1, either together or switching between the two. This allows for some interesting puzzles within the game.

La Cosa Entertainment has really blown me away with Klaus. From the captivating storyline which magnificently blends into the atmosphere of the game, Klaus takes players on an unforgettable ride. On the surface it is a simple puzzle platformer but it is also game that is stylish, impressive and innovative. While it has some flaws in the sound department and issues with the touchscreen pad usage, Klaus challenges players with each level. This game style and substance. 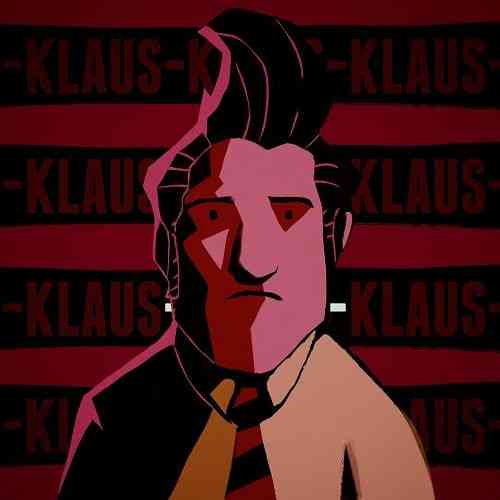