I commonly think back to my days in elementary school during science classes when my teacher would show off elaborate diagrams of food chains. For all intent and purposes they were pretty interesting! But all of that would mean nothing if Kirby, that loveable Nintendo character, was a real dude. Disguised behind an adorable pink veil of round squishiness lays an apex predator. Everything is food to him! All things! Houses, trains, trees, steel…not even snowmen are safe. I have a theory that inside of Kirby is a supermassive black hole that craves chaos and destruction…and cake.

The meat and potatoes of Kirby: Triple Deluxe is its story mode. As with most of Nintendo’s platform offerings, the story really only functions as a loose adhesive to stick all of the gameplay bits together. A giant mysterious beanstalk starts growing in Dreamland, ripping up large masses of land and taking them into the sky. An even more mysterious villain appears and captures King Dedede, launching you into your newest adventure to save him. Yep, it’s that simple. 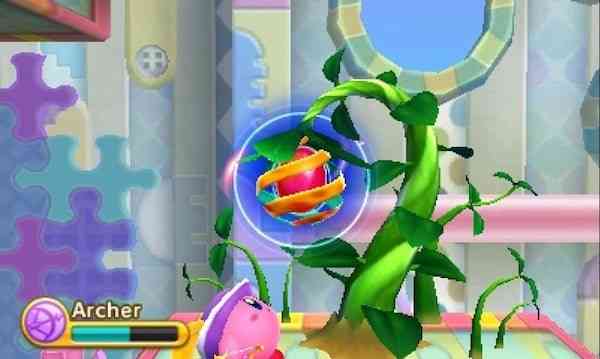 Kirby’s latest fairytale plays as incredibly as ever, blending classic platforming and a surprisingly deep combat system. What truly sets Kirby apart from its platforming siblings, Mario and Donkey Kong are the two that come to mind, is it’s greater focus on action. Kirby can’t jump on his adversaries; instead, he sucks them up and uses their powers against them. And with that said, it wouldn’t be a Kirby game without a plethora of fancy and powerful hats for him to wear. Each one provides him with a multitude of ways to attack. A number of series staples return like Beam, Sword and Fire, as well as some new power-ups are introduced like the Beetle. Not unlike another of Nintendo’s flagship titles, Super Smash Brothers, Kirby can attack by combining his attack with a directional command to change things up.

Not all of his power-ups play the same, so developer HAL Laboratory has been kind and included an attacks list in the pause menu. This time around Kirby has been given a sort of “super power-up” called Hypernova. After eating a Miracle fruit he gains Hypernova and can eat literally anything in his way. From an outside perspective it’s a pretty obvious extension from his standard abilities, but it’s used quite well in Triple Deluxe. There are times it’s used simply to consume, but other times his mouth-vacuum is utilized to pull and drag objects into place or open up new areas.

Perhaps the biggest addition to our puffy pink friend’s newest adventure is how each stage is laid out. Instead of one flat plain there is now a foreground and background that you will switch back and forth between a number of times in each level. This is an especially effective use of the 3DS’s 3D function, and it looks great doing it! This system of two overlaid layers is used in a number of creative ways, such as revealing hidden treasure, protecting baddies you aren’t allowed to consume or stomp yet, and it provides plenty of interesting new puzzles to overcome. All of this does come with a complaint though. Boss fights aside, the difficulty doesn’t seem to be there. Most levels can be breezed through quite easily, with the occasional repeat to nab a collectible that was missed. 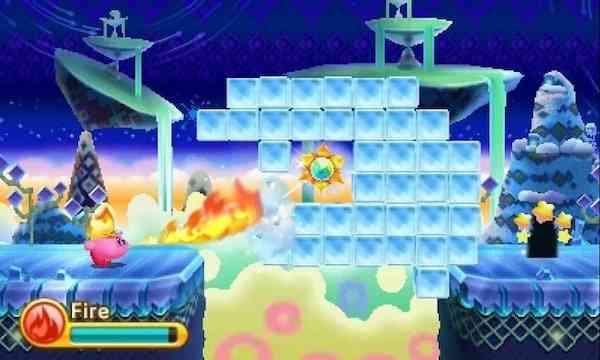 On the topic on collectibles, Triple Deluxe features Sun Stones. Each stage has anywhere from two to four of these sparkly gems to pick up. The boss of each world requires you find a certain number of these to fight them. If you manage to pick up each and every one in all the in-game worlds you’ll unlock a bonus stage too.  Among the plethora of collectibles in the game is a rather interesting set of key chains. They serve no purpose really, but are neat little tidbits of Kirby history. Each keychain is a piece of pixel artwork from previous entries in the Kirby franchise. They range from the original game all the way up to Mass Attack. They can be viewed in a gallery off of your main menu, and I must say the attention to detail in very entertaining. Aside from the obvious throwback down memory lane, each keychain can be rotated to reveal a little HAL Laboratories logo on its backside. In addition, the 3DS can be tilted to either side to “swing” the keychain back and forth; I spent more time doing this than I care to admit.

When the story mode is said and done there are two mini-games to keep you busy: Dedede’s Drum Dash and Kirby Fighters. Dedede’s Drum Dash is a rhythm game that has you bounce King Dedede on drums in time with the music to collect coins. The more coins you collect, the higher your score will be. Your final points and time are recorded and ranked. Each attempt can be done on easy, medium or hard too. The other game, Kirby Fighters, is a little more in depth. It is a fighting game that can be played solo or with three friends. You’ll pick one of several Kirby’s, each one with a power up available to you in the main game, and as you would expect you use them to beat each other up. While I didn’t get an opportunity to play the multiplayer, the single player has you fight against a series of CPU controlled Kirby’s and get to the end in the best time possible.

After having spent a bunch of time with this game I really have very little bad to say about it aside from it being a tad easy.  Kirby: Triple Deluxe is a load of fun and adorably cute, something that has become synonymous with that pink puffy character. There isn’t a gamer alive I wouldn’t recommend this to. It’s perfect for little kids and experienced gamers alike, although the latter will likely complain about the difficulty level. This fact can be overlooked though with its engaging single player game and satisfying multiplayer. In the end you really can’t go wrong picking this franchise game up. 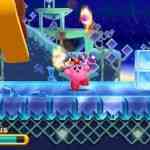 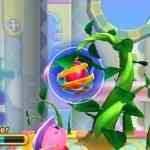 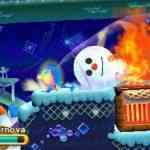 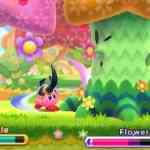 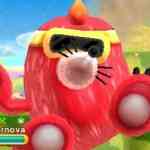 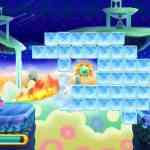 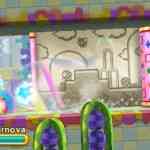