There are a few words that you very rarely get to use when describing a video game; words such as charming, heartwarming and whimsical. These are all words I could use to describe Ubisoft Montreal’s latest offering Child of Light. A wonderful tale of a lost princess on a desperate journey against the darkness to find her way home to her family, Child of Light is a game that will stun you with its visuals, lull you with its sounds and keep you on your toes with its better than expected turn-based RPG game mechanics. At first glance you might expect some indie darling studio to be the brainchild behind such a unique looking title. It’s almost surprising that a larger studio like Ubisoft would even bring something like this to the table. Child of Light is built upon the same UbiArt Framework Engine that brought us ‘Rayman: Legends’ and will soon bring us ‘Valiant Hearts’ and there’s no denying that it is absolutely breathtaking in its presentation.

The story starts with the princess Aurora who, upon falling ill, is whisked away into a fantastical realm called Lemuria. Here she finds that her only way of returning home is to find the Sun, the Stars and the Moon to help the downtrodden Lemurians defeat the evil Queen Umbra. It’s the ultimate battle of the light against the darkness. Along the way Aurora is joined by a rather diverse cast of characters that all bring their own unique skills and quirks to the story. For the most part that’s all you’ll really want to know about the story itself otherwise you’ll spoil it. Joining you right from the get go is your firefly sidekick Igniculus. Your constant companion Igniculus proves to be indispensable in both the platforming and RPG elements of the game. From lighting your way in the darkness to blinding creatures so you can sneak past you’ll be happy to have him at your side. 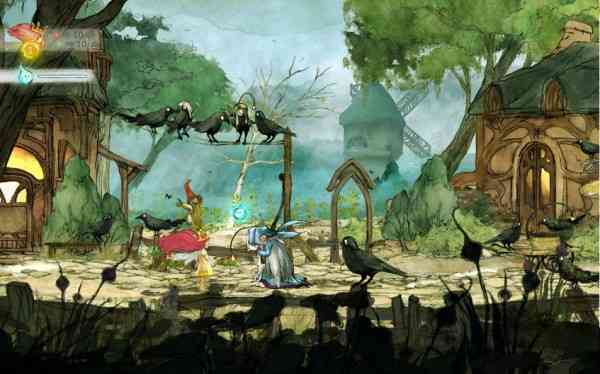 The platforming element as you traverse the various lands of Lemuria is simple to control and not overly challenging but still enjoyable. Whether you are maneuvering through dark caves with nasty spikes or taking to the skies with howling winds tossing you about, covering the vast expanse of Lemuria is never boring. Meeting new companions and NPCs you’re offered a smattering of fun side quests to do as well and so long as you can stomach the constant rhyme speak of your friends you’ll enjoy your time. The odd puzzle and the collection of Confessions and items rounds out your platforming experience nicely.

Of course the real challenge is in the turn-based RPG combat which is just complex enough to keep all but the most battle hardened JRPG fan on their toes. Using an Active Time Battle system you’ll see a gauge on screen that is divided into ‘Waiting’ and ‘Casting’ where all combatants are visible. The challenge comes by managing your attacks, using Igniculus to blind and slow foes, and swapping party members in and out to your benefit. With only two combatants at a time I was often using one character to buff and then switching out to another more offensive companion to finish off the battle. Timing is everything as attacking a creature in its casting phase often results in a crucial interruption of its plans.

Character progression for an RPG is very simplistic in that there’s not a lot of challenge to it. Levelling up is extremely easy and doesn’t involve a whole lot of grinding. Characters will often level up every 3 or 4 fights. The skill trees are limited and apart from picking and choosing what you want to unlock next there isn’t much more to it than that. Collecting Oculi, precious gems that imbue buffs and protections, you can combine them to craft more powerful versions and then apply them to characters attacks, defenses and stats. Depending on the character’s strengths whether they lie in heavy handed attacks or magical protections some gems suit them better than others but that is as difficult as it gets. 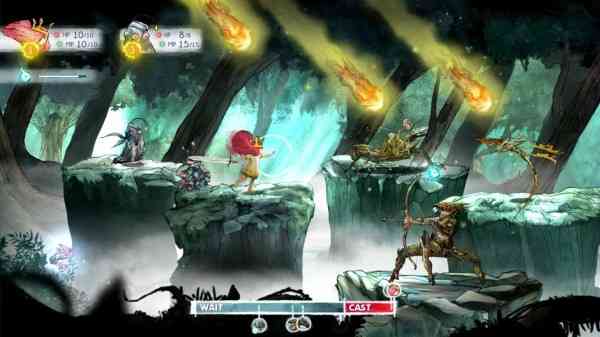 The real gem in Child of Light is hands down its audio and visual experience. A jaw dropping 2D world that offers more personality in one level than other games can manage to offer in their entire journey from start to finish. It’s like wandering a vast and wondrous fairy tale world with mythical beasts and stunning vistas all lovingly hand painted over a watercolour canvas. Character design is quirky and refreshing and although there isn’t a huge variety of baddies to scrap against there’s enough variety for it to not feel repetitive. The game’s soundtrack is equal parts haunting and ethereal creating a perfect accompaniment to the spectacular world laid out before you. Working together the music and graphics pull you completely into Child of Light making it hard to put down. In fact I’d venture that there hasn’t been a game this year that has put together a better melding of sound and vision than Child of Light.

Such lighthearted fare is seldom seen in modern gaming so it’s refreshing to see a big studio give game creators a chance to make something special. It shines with creativity and while not being the deepest of stories still manages to keep players engaged and smiling the entire time. Between its artistic strengths and its addictive gameplay Child of Light is a fairy tale well worth the price of admission that I wish more studios would take notice of. 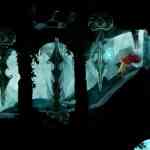 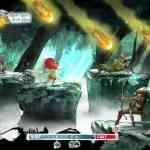 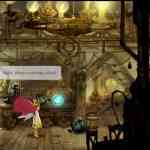 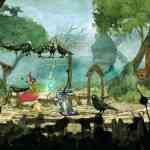 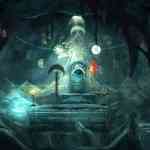 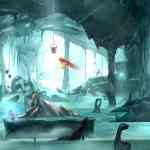