While each episode is available on its own via Xbox Live for 400 MS points each, buying the disc version of the Kinect Sesame Street TV gets you all eight episodes and saves you about $10.  The disc version also comes with a one year subscription to Sesame Street video content via their app on Xbox Live.  The eight episodes are divided into two volumes: the first focusing on growing up and the second on science.  The intent here seems to be either future games or more episodic content available for download.  In today’s digital oriented world that’s just fine with me. 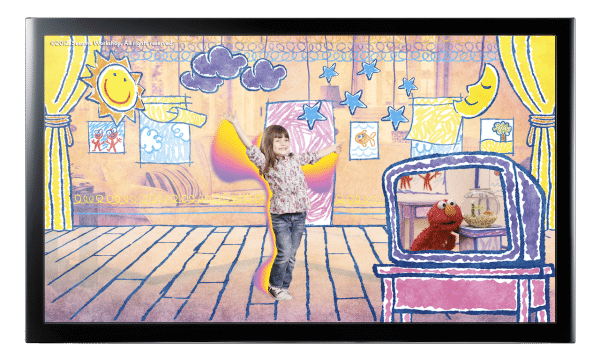 Along with fitness and dance games, this sort of interactive experience seems to be a good match for the Kinect technology.  Each episode consists of watching part of the Sesame Street TV show with some interactive sections thrown in.  When interaction is required it is continuous within each episode, meaning there are no jarring breaks between what is video and what are gameplay graphics.  It is pretty seamless, and since this experience is geared towards a younger audience there is no ability to fail.  Should the player not properly complete the required gesture the story continues after some positive reinforcement from the various characters.  It is very much what you would expect from Sesame Street.  During the non-interactive sections of each episode, certain items are highlighted.  Pointing at and saying “picture” takes a snapshot of these items.

The resulting experience is as interactive or non-interactive as you want it to be.  While my 18 month old son cannot play the game yet himself, even watching was an enjoyable experience for him with all of the familiar characters.  The biggest problem with this game is that the motion tracking on the Kinect is far from the best I have experienced.  Even basic throwing gestures went unrecognized too often.  This criticism is slightly tempered by the fact that you really can’t fail at anything, but I could see this possibly frustrating older children playing this game. 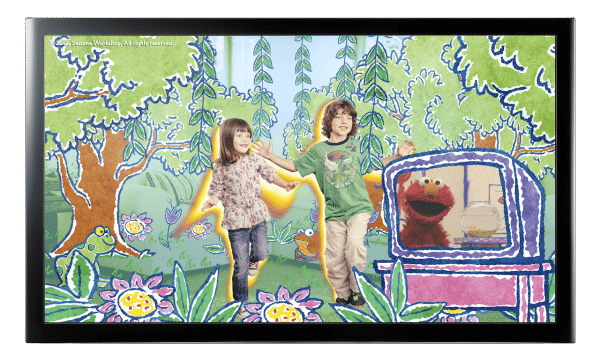 An experience like this that is less of a game and more interactive video makes it hard to judge when it comes to visuals and sound.  The majority of time you are watching video.  The overall experience is what you would expect from something branded in with the Sesame Street name.  Visuals are bright and colourful.  The gameplay graphics that are there are not overly detailed but they are crisp and functional.  Since the majority of what you see and hear is taken directly from the actual TV shows, all of the voice acting is intact with no substitutions.  Instructions on what to do are very clear and multiple prompts are offered verbally at points where interaction is required.

The concept of using Kinect as part of an interactive learning experience is novel, and a good fit for motion tracking technology. That being said, the only thing here preventing a better score is the less than optimal motion tracking experience that I discovered.  Since you can’t fail it shouldn’t get too much in the way of your child’s experience.  There’s room for improvement but with 8 interactive episodes of Sesame Street TV plus one year’s worth of access to Sesame Street video content via Xbox Live, the value you are getting for $30 is very good.