Kaze and the Wild Masks Review

In the ’90s, we had a plethora of incredible side-scrolling platformers that featured some of the most memorable characters in gaming history. From Sonic to Mario, each protagonist was filled with personality and traits that made their title distinctive. Looking to stand alongside greats of the past is Kaze and the Wild Masks but can this nostalgia-filled adventure shed comparisons of the giants that came before to stand tall on its own?

The protagonist in a platformer is of paramount importance. Not only are they the avatar to direct on obstacle-filled courses but they also give insight into the world they inhabit through their exaggerated design and personality. Echoing conventions established in ’90s Saturday morning cartoons, the characterization of the blue-furred, red scarf sporting bunny is enchanting and helps to anchor the game in the era it was influenced by.

PixelHive’s passion and admiration for the genre permeates throughout and as a result, this love letter to the greats that came before carries the ethos of the golden era. At first glance, you may mistake this as a run-of-the-mill platformer. Most of the tropes of the genre are present, move from left to right, collect items and defeat foes on your path to the finish line, however, the sheer variety and diversity of each level is remarkable. From gale-force winds that stifle your movement to traversing a complex formation of ziplines, each level has been lovingly crafted to contain an abundance of fresh gameplay mechanics to keep you hooked throughout. 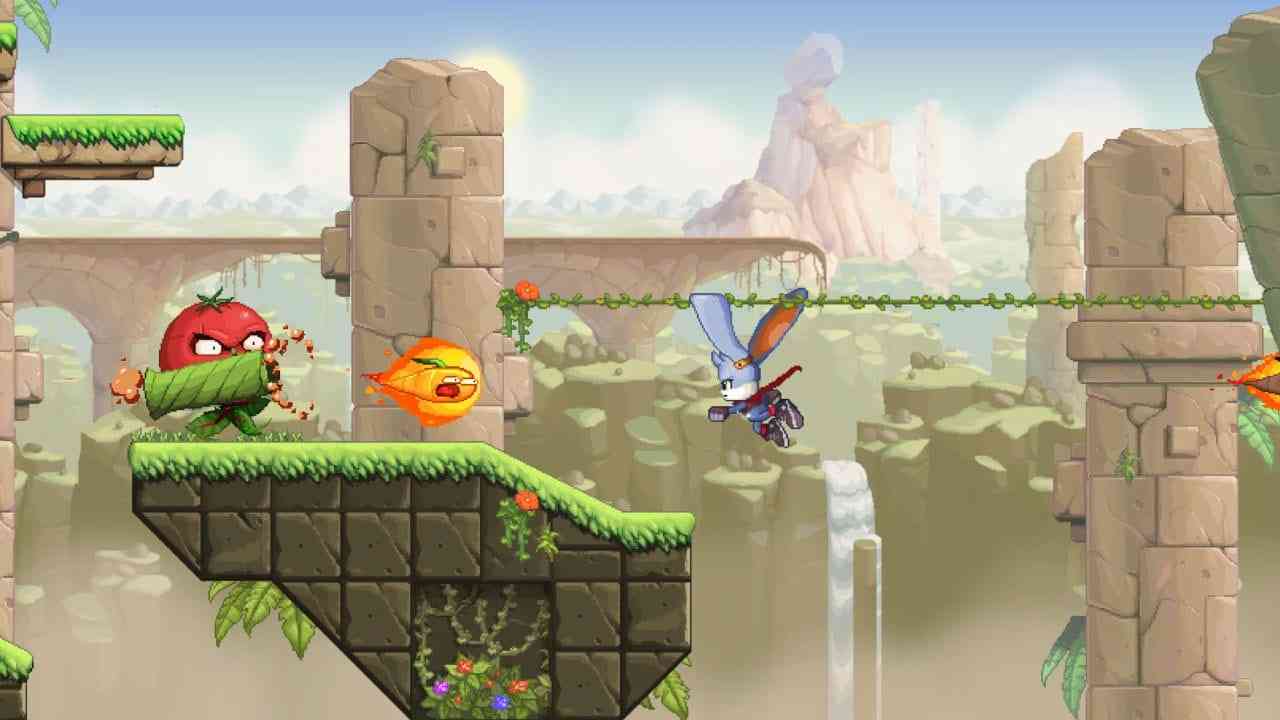 The tight platforming mechanics are reminiscent of 16-bit era platformers such as Sonic the Hedgehog and Donkey Kong Country. Armed with the ability to spin, slam and float, Kaze will instantly feel familiar to aficionados whilst also appealing to those who missed the classics of the genre. In order to reclaim the Crystal Island from an array of enraged, dastardly vegetables, you must harness the powers of the Wild Masks. Each of them is equipped with unique abilities that completely transforms the gameplay experience.

Possessing the gift of flight, the eagle mask allows you to navigate the skies and shoot projectiles at incoming vegetation. Whilst donning the shark mask, you can cut through the sea with ease and dash at enemies with visceral aggression, truly feeling like the king of the ocean. The tiger mask grants you the ability to wall jump and dash distances in some incredibly well-designed platforming segments. Last but not least is my personal favourite, the lizard mask. Mustering the spirit of the incredible minecart sections from the DK series, the lizard mask levels are brilliantly designed in order to test your reflex and muscle memory. Now channeling the ability to double jump and dive bomb, you are required to manoeuvre through deliciously devious courses that will test even the most proficient gamers. Each stage is designed to complement the abilities of the mask but I would have loved to have seen levels play with the array mechanics that each ability brings by switching between them. Although a glimmer of this is seen in the game’s climax, it feels like a missed opportunity.

Difficulty in a game is tough to balance yet Kaze and the Wild Masks has found the perfect formula. Like most games, it eases you in with relatively simple levels and collectibles, but this slowly ramps up delivering some of the greatest platforming sections in recent memory. Due to the flawless mechanics, failure never feels like a result of the game but rather a lack of skill, and with next to no reload time, retrying becomes an addictive cycle. Every level has two bonus areas and a range of collectibles that will have you scouring the environment in search of gems and portals. Collecting enough of these rewards you with extra levels that are designed to challenge the most adept gamers. Adding to the replayability factor is the addition of time trials. Once you have completed a level, you can then revisit and try to earn a gold medal by completing it in a specific timeframe. 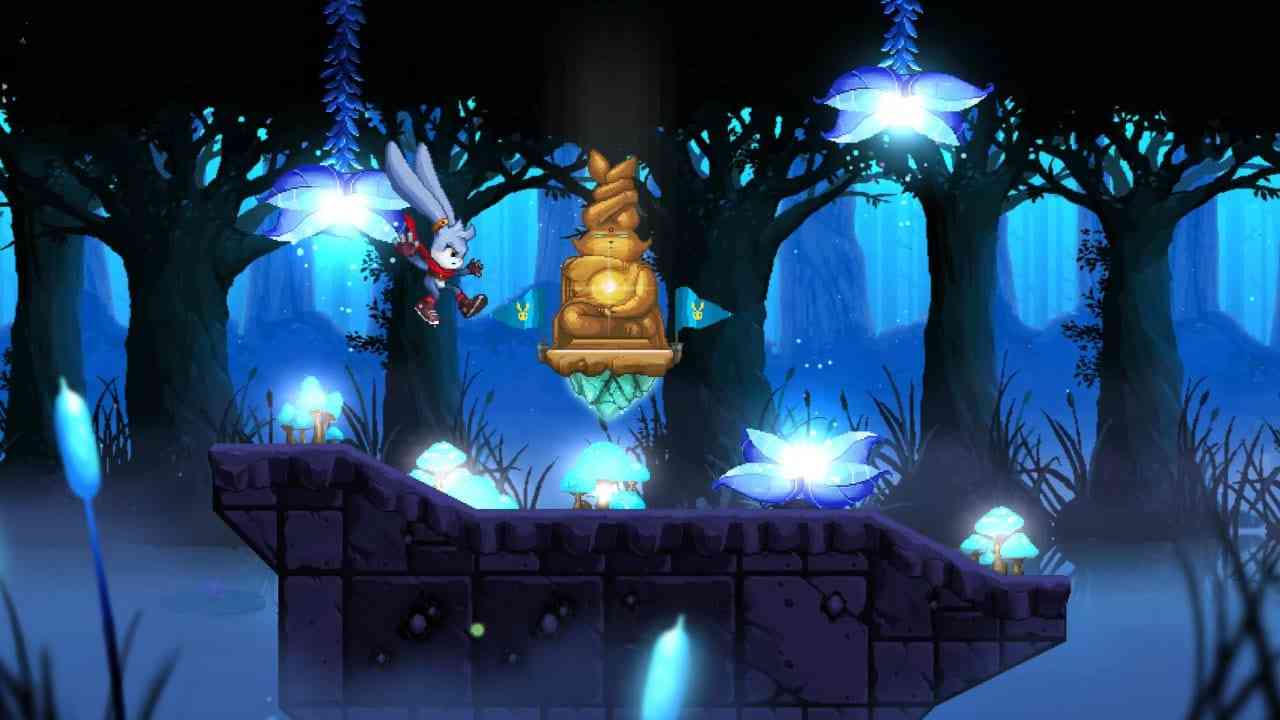 Visually the game is awe-inspiring. Although it treads the same paths as its predecessors, the way it reinterprets areas is impeccable. From stunning vistas to the arctic tundra, each asset has been methodically designed to summon waves of nostalgia. The amplified animation and personified vegetables instantly establish character making Kaze and the Wild Mask a visual treat. Coupled with this is the 16-bit infused soundtrack. Influenced by the great David Wise, each area has its own score that superbly marries the visuals. The tribal beats mixed with airy melodies make an ideal backdrop for your trip through Crystal Island.

Kaze and the Wild Masks merges elements from great games of the 16-bit era in order to create a fascinating 2D platformer. Although its influences are clearly visible, these aspects have been developed with modern-day principles to alleviate some of the issues that plagued titles of that period. With an incredible pixel-based art style, euphonious soundtrack and perfect precision-based platforming, Kaze and the Wild Masks is a must for fans of the genre. 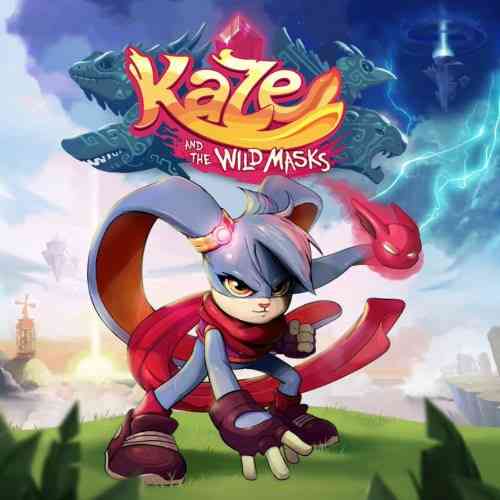 3D Platformer Loopmancer Will Launch In Mid July On PC
Next Sea of Solitude: The Director’s Cut Review – An Absolute Ocean of Emotional Poetry
Previous Bloody Bunny: The Game Review – Back In The Cage