Bloody Bunny: The Game Review – Back In The Cage

Bloody Bunny: The Game Review – Not As Cute As It Looks

I love the premise of Bloody Bunny. How could I not? It’s a revenge tale from developers Digital Innovative Design and Technology Center (DIDTC) that blends adorable characters with stylistic, violent executions. Topped off with a surprisingly buttery smooth framerate, it’s easy to imagine that the folks behind Bloody Bunny figured they had created a license to print review scores in the eights and nines. Hell, with different weapons, skill upgrades, nearly ten bosses, and an endless mode to explore, how could I – and anyone, for that matter – not enjoy this?

Well, because it’s not very good. 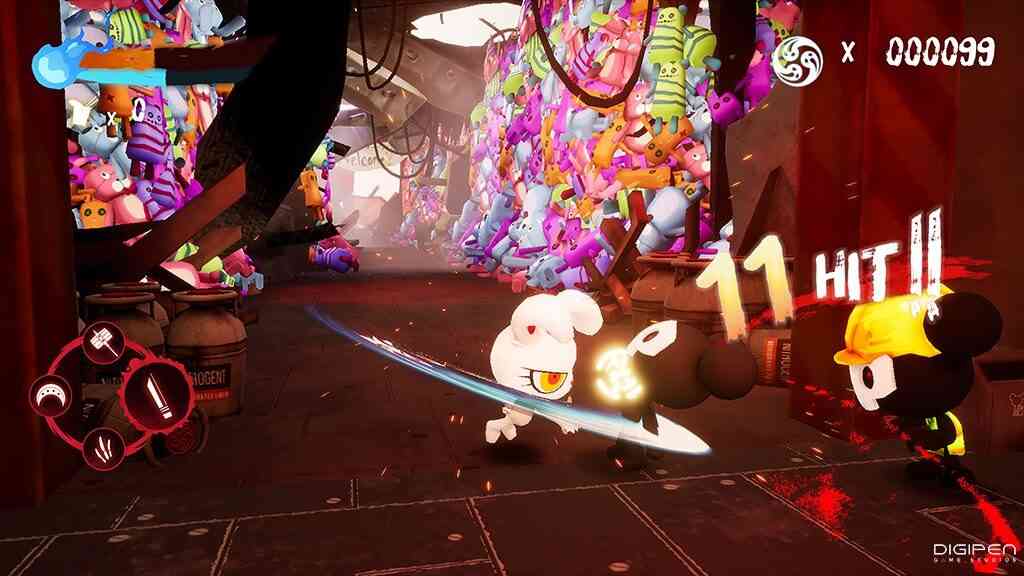 For every hop forward that Bloody Bunny takes, it also makes two gargantuan leaps back. At nearly every turn, there was some sort of hiccup, either small or large, that detracted from my time with it. While I enjoy the story’s setup – a nameless organization has turned the population into dolls, including our heroine’s little sister, Mumu – at no point did I ever feel as if there were genuine stakes at play. Every level, every moment failed to spike my interest in Mumu’s survival. In fact, it wasn’t long before I entirely forgot what Bloody Bunny’s objective was. The voiceless cutscenes are animated as well as the source material, but they do nothing to drive home the importance of your mission. Most scenes play out in the exact same way – Bunny sneaks in somewhere, kills some enemies, and the level begins. It’s as if they exist simply to break up the monotony, and I find it difficult to stay invested in a story that doesn’t get invested in itself.

I would describe Bloody Bunny as dull, but I think that would be giving it too much credit. Yes, that’s partly due to the story being as interesting as the original Pong’s, but what’ll really make you sick is how lame the combat is. Literally, for the first two or three minutes, I enjoyed myself. And then it was all downhill from there. Despite serious audio issues (which I’ll get to in a second), the hack-and-slash style of combat used to build towards the executions felt entirely serviceable in the opening moments. Then, as if Lady Justice had to intervene and correct the scale of balance because I was having too much fun, issues started to pile up, one after another. 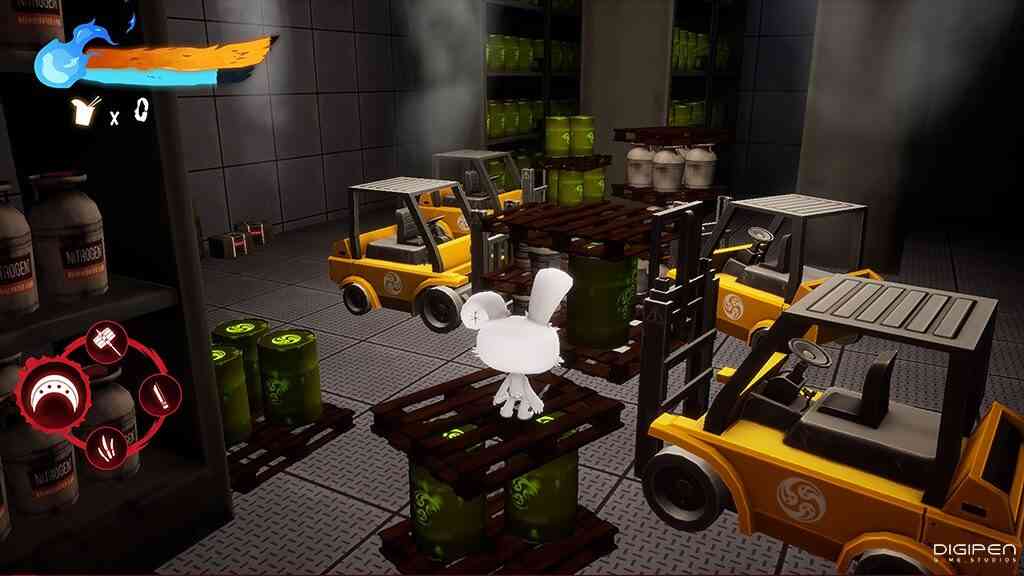 Bear with me while I break down exactly how your initial thirty minutes with Bloody Bunny will play out. You’ll start the game, mash a button to dispose of a foe or two, and then perform your first execution. From this, you move on to the next room where you mash a button to dispose of three(!) enemies. It will now be time for your next execution. You’ll walk up to an enemy in anticipation of your kill, lips moist and sweat on your brow, and then…. BAM! Your next execution! Only, this time, you’re now left with a lump in your stomach because you could have sworn that was the exact same move you saw moments earlier.

It was. Your eyes weren’t playing tricks on you, and I hope you enjoyed it because you’re going to be seeing that same kill animation many, many times over. It’s baffling that a developer could create a game that revolves around style and flash and then utterly neglect to create anything of substance taking place beyond the first level. Don’t get me wrong; there isn’t only one type of kill on tap. But there is only one type of kill per enemy. Meaning, the joy one would typically find through discovering the nuances in a game of this nature has been completely nullified in Bloody Bunny. You will see everything a stage has to offer in the first sixty seconds. Then you’ll have to spend the next nineteen minutes running through uninspired, indistinguishable rooms repeating the process. Sure, there are upgrades, moves, and a few different weapon types to collect. Though, there was never a single time that I found different gear or unique attacks to be more effective than basic, rapid strikes with the default sword. 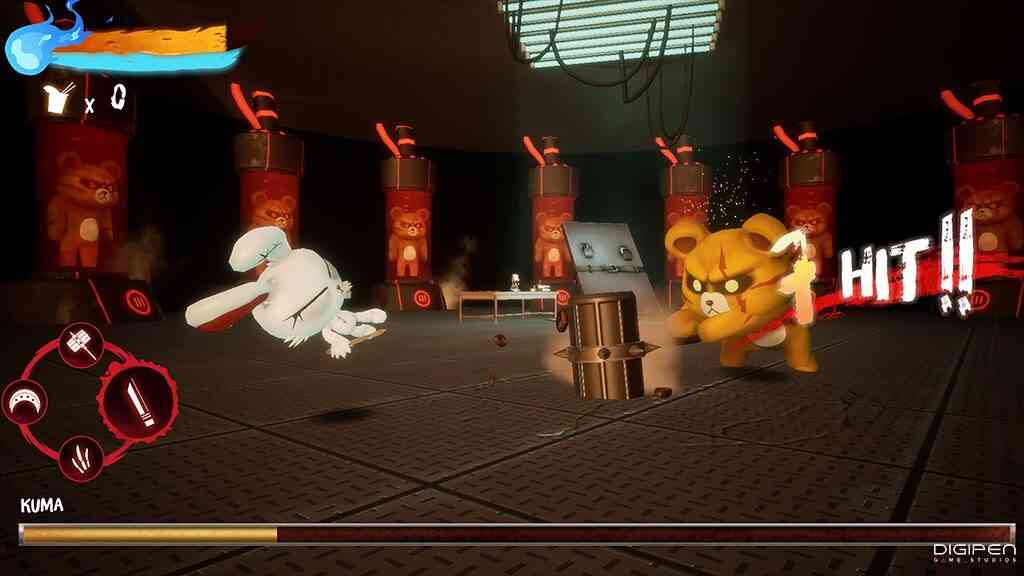 With all of that being said, I’ve saved the biggest knee to the crotch for last. I mentioned there were audio issues in Bloody Bunny, but you need to hear them for yourself. Nearly every time you perform an execution, the sound is delayed by a half-second. From the first level onwards, this never improved. By the third or fourth, all I could do was laugh. It was around this time that Bloody Bunny had entirely become a joke. Regardless of the frustration that constantly washed over me like a landslide, I feel that out of everything handcuffing DIDTC’s latest effort, it was the horrifically poor sound design that ended up being the kill shot.

If blood is thicker than water, Bloody Bunny: The Game still wouldn’t be able to fill up the shallow end. It’s repetitive, uninteresting, and littered with bugs. The framerate does stay consistent, but if anything, that just works to highlight how awful everything else is. It’s never a good sign when you feel as if you’ve seen all that a game has to offer within the training stage. It’s even worse when the credits start to roll, and you realize that you did actually see everything the game has to offer in that training stage. Bloody hell, Bloody Bunny… 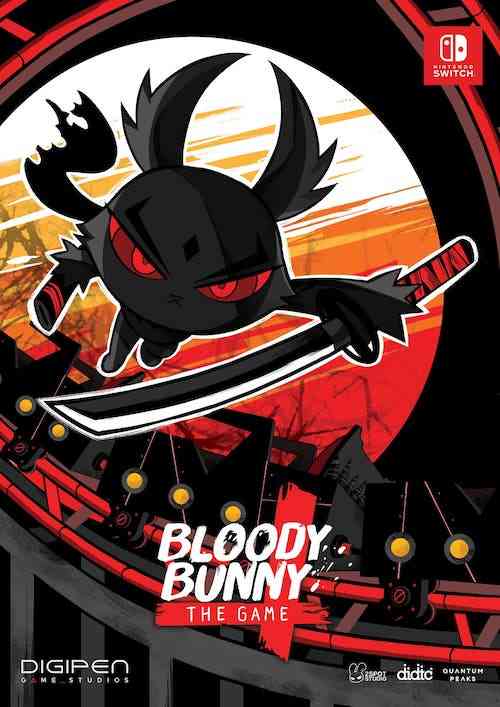