Kaiju Wars is the kind of game I would’ve loved to play as a kid. It has everything: bright retro graphics, a comic book-inspired art style, and giant monsters destroying everything in sight. That last one is easily the game’s biggest selling point. There are a lot of games about trying to drive off a kaiju attack, but few do such a good job of capturing the monster mayhem. If you’ve watched a lot of old monster movies, you won’t be surprised by anything this game throws at you. But frankly, you shouldn’t play Kaiju Wars to be surprised by intricate storytelling. Play it because it’s a hilarious, self-aware way to experience the magic of the kaiju genre.

In the year 20XX, sprawling mega-cities have replaced nation-states, and Floatio is the greatest of them all. You have been elected as the new mayor of Floatio and you’re looking forward to a peaceful term. Then the kaiju attack, and you’re plunged right into an old-school monster flick. Now you, your military adviser Major Danger, and brilliant scientist Emma Wagner must work together. With your combined expertise, you should be able to find a way to drive off the kaiju for good. However, you’ll also come into conflict with the malicious aliens that unleashed the kaiju in the first place.

Kaiju Wars is a turn-based top-down SRPG where you take charge of Floatia as it desperately tries to rally against the kaiju. The invading monsters are so large that your weapons can’t actually harm them. The most you can do is knock them out for a while or drive them into retreat. Meanwhile, the kaiju can wipe out your units and important buildings just by stepping on them. This immediately creates an air of tension, especially since the characters are well aware of the power imbalance. 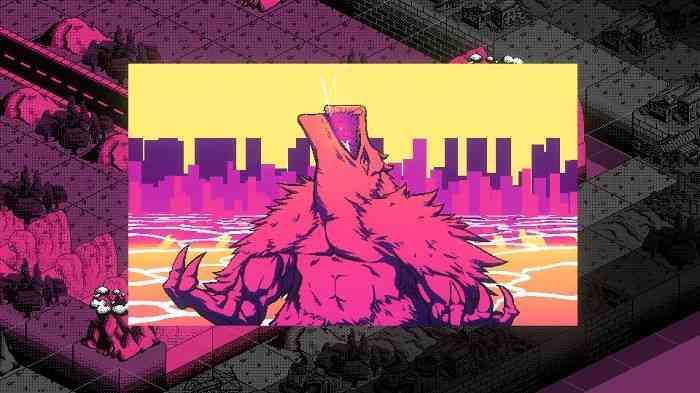 Each level involves you raising funds to spend on Floatia’s out-of-date military. You can direct military units to attack the kaiju or simply block their way. Meanwhile, the kaiju will destroy your buildings and reduce the amount of income you get each turn. Some levels will require you to buy time until a goal is achieved. Such as the invention of an anti-kaiju serum.

Unfortunately, there’s someone moving behind the scenes, so you’ll have to keep Dr. Wagner safe while she works. Sometimes, that means lining up a row of tanks and fighters in front of the kaiju’s feet. Other times, that means quickly hurrying her into a truck or boat and evacuating her to a new lab. After all, your security is not unbreakable, and someone is very invested in making sure that humanity falls before the kaiju. As the stakes grow higher, you must unleash as much experimental weaponry as possible before the kaiju stomp all over you.

Kaiju Wars is a Hilarious Challenge

You also gain the ability to use Projects, taken from a selection of cards distributed each turn. This can let you raise extra money, construct buildings for free, and rapidly approach a scientific breakthrough. You can only use one per turn, so be careful with your strategy. Be careful—many levels have a gimmick of some kind to spice things up. This isn’t a bad thing and it adds much-needed variety to the game, but sometimes the instructions are unclear. I’ve lost gimmick levels because it took me until halfway through to figure out what I needed to do to win. 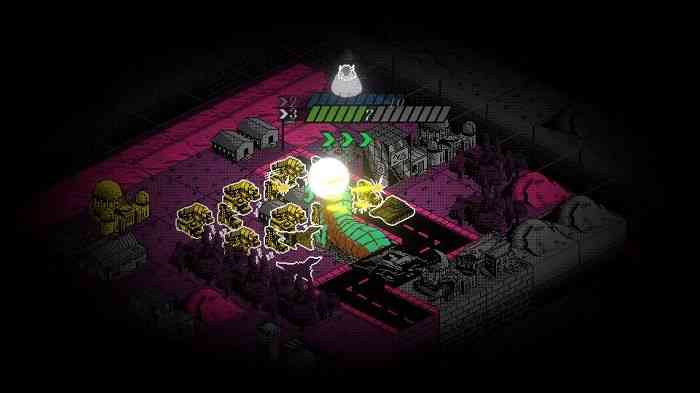 Each kaiju has its own abilities and type of movement, but they all have incredible destructive potential. Alphazaurus Prime can swim as well as travel over land and destroy adjacent units with its Tail Swipe. Meanwhile, Duggemunder is a tunneling creature whose Carapace allows it to ignore the first damage dealt each turn. As you progress through the game, you can gain medals by achieving certain goals in each level. These medals are used to recruit researchers and upgrade unique ACE units. You can reset upgrades whenever you want, which allows for a lot of experimentation and freedom.

Normal and Hard modes are available for each level and particularly masochistic gamers can also take on a number of optional missions with even more difficult gimmicks. Like only giving you a single tank to delay a kaiju that destroys all adjacent ground units on its turn. There’s also a Map Editor available for those who like to create their own challenges. In short, there’s a lot of variety, but most of the optional stuff is quite hard. If you aren’t already a fan of turn-based strategy games, this game probably won’t make you a fan. However, if you can roll with the mechanics, Kaiju Wars has an excellent sense of humor. I love the way soldiers, researchers, and civilians are shown reacting to what’s happening on the map in real-time. Specifically, I like the way they screech when buildings start coming down.

Kaiju Wars has a delightfully retro atmosphere, complete with the illusion of a curved TV screen and a grainy filter. The color choices also bleed antique video game style, with lots of pinks, blacks, and yellows. Even the kaiju themselves look like something out of an old 70s or 80s film, though their anatomy tends to be pretty cartoony. Their designs are fun, reminiscent of classic monsters without being complete rip-offs. I mean, aside from the obligatory giant ape. The result is a game that feels deliciously antique in the best ways while still being fun to play. 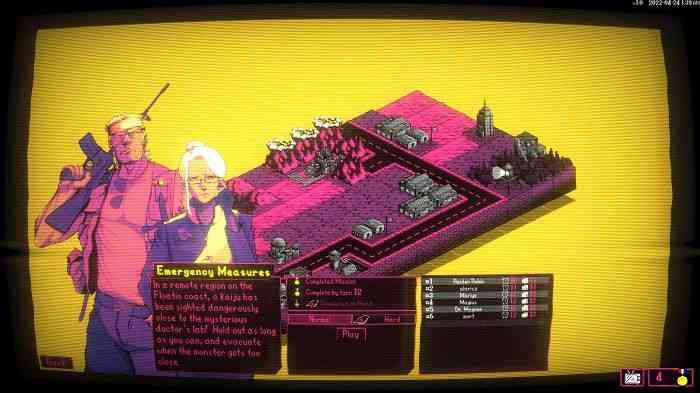 The human character designs are great as well—Emma Wagner is particularly memorable, but Major Danger is hilariously over the top. The writing is snappy and full of jokes. It may not touch your heartstrings, but it will make you chuckle. The soundtrack is a bit heavy on the synth. However, its sweeping adventurous tunes and occasional dips into the truly dramatic make for a great backdrop. It even has a local versus mode that lets two players go head-to-head, one playing as the humans and one as the kaiju.

There’s a lot of screenshake, flashing lights, and other visual effects in this game. Fortunately, you can also turn those things off, but if you can play the game with them on, I suggest you do. Watching the squares of the map fall into place at the beginning of each level is a magical experience. The close-ups on the kaijus’ movements are also great. It feels like watching a monster movie play out in miniature, complete with tiny, tiny mass destruction. 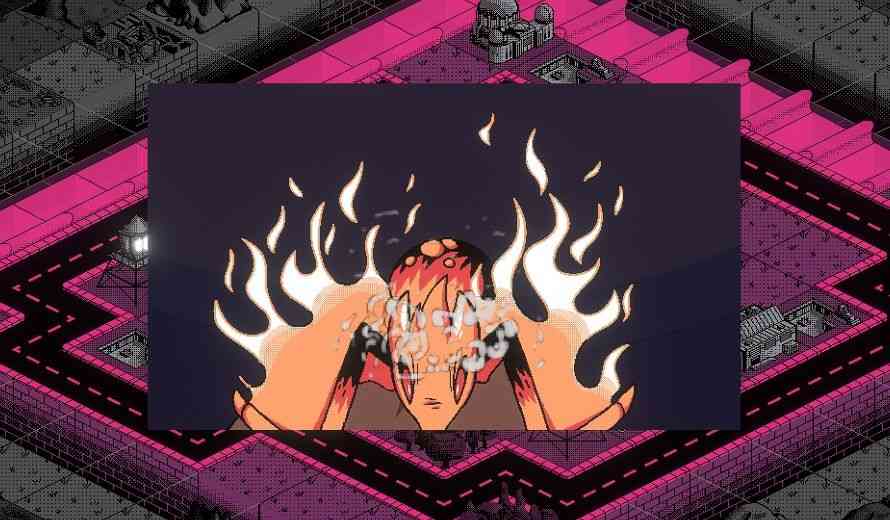 All in all, Kaiju Wars is not a revolutionary experience, but it sure is a good time. I recommend it to fans of challenging SRPGs, retro gaming, and the kaiju genre alike. Plus, it includes several public domain giant monster movies, including multiple Gamera films, the 1925 film The Lost World, and the North Korean monster film Pulgasari. If you’re interested in old-school monster movies, that alone might be worth the price of admission. 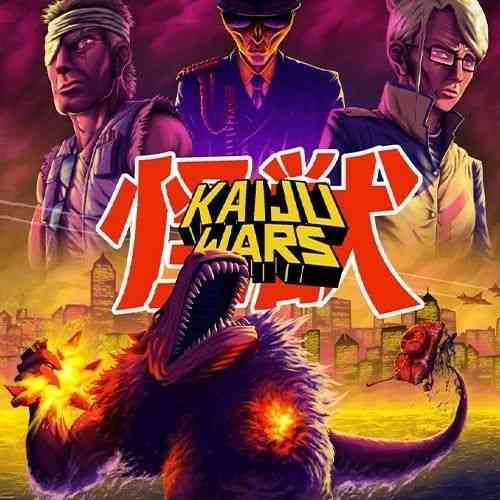