Look at how far we’ve come. That’s a big theme in Galactic Civilizations IV, the latest entry in a strategy series that dares ask the question: what if Civ was set in space? These games have been around for longer than proper graphics. The latest entry is a cutting-edge survey of everything the 4X genre has to offer. But what makes GalCiv4 special isn’t all the exploring, expanding, exploiting, and exterminating. No, what makes Galactic Civilizations IV special is its approach to story.

A Brief History of Spacetime

In case you are new to Galactic Civilizations, here’s the score. It’s a long-running turn-based strategy game from Stardock Games. Each of the twenty-odd factions you command are balanced, but not symmetrical. Whether you ascend through scientific advancement or conquer every homeworld, you are trying to win the struggle of galactic nations. GalCiv4 brings back long-running features like customizable factions, terraforming projects, planetary superweapons, and the mighty Shipbuilding Tool, which allows for tremendous tweaking for each individual starcraft you manufacture. 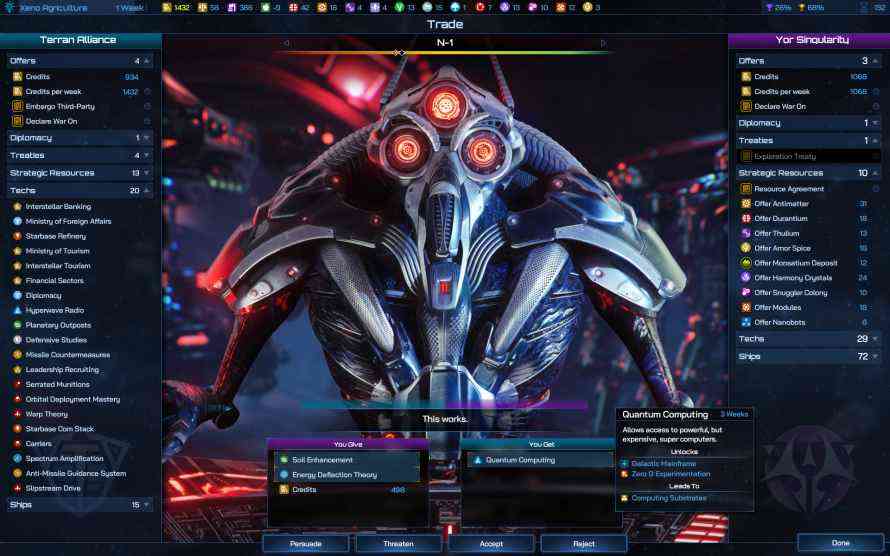 You also may notice subtle changes in the pacing. There are still a lot of technologies to research, but rarely did I drown in a sea of interchangeable options. The late game is strong right from the start, which is rare with the launch of 4X games. Usually, it takes a few expansion packs for this sort of game to find its footing, but Galactic Civilizations IV is one of the most balanced 4X launches I’ve ever seen.

Of all the major changes, the most impactful is the introduction of sectors. Instead of an impossibly huge map to represent a whole galaxy, maps are divided up into multiple zones, connected through defensible wormholes. This adds a fantastic strategic level to planet colonization and base placement. If you are the most powerful species in your sector, you can represent the whole region diplomatically. But even a smaller space empire can control the passes between sectors, and in doing so remain mighty, despite their size. 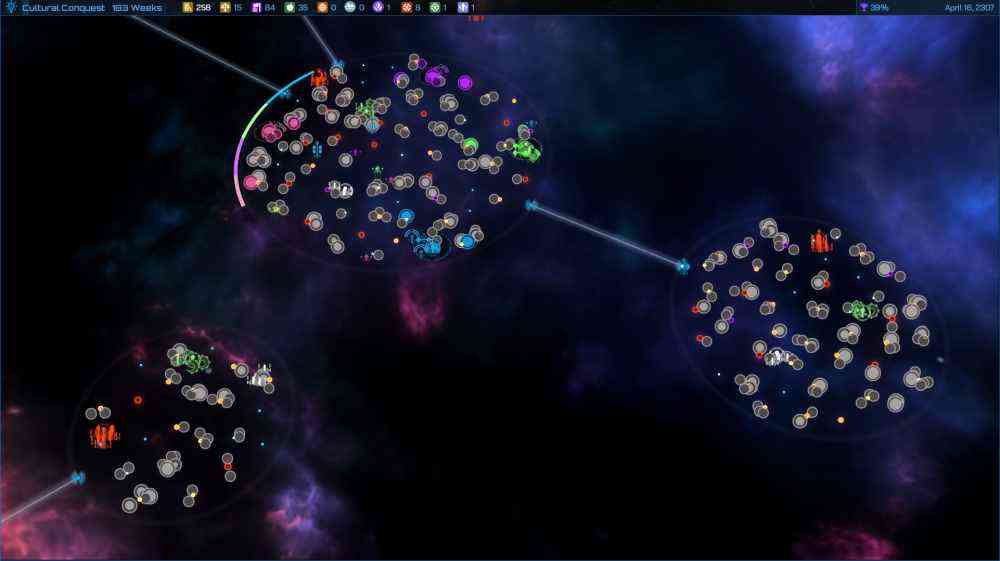 This is a great change. In vanilla, terrestrial Civilization, the map determines where you put settlers in order to get resources, access the ocean, defend yourself with mountains at your back, and such. But in the cold dark of space, you mostly just hop around looking for the juiciest planetary system. In Galactic Civilizations IV, changes to the map and the pace of technology drives which planets you can colonize, making every decision that much more important.

This is, after all, a series that has been going in some form or another since 1993. You’d expect it to have learned a trick or two in that time. And I don’t know if this entry can supplant Galactic Civilizations II as my favourite entry, but I cannot deny that it feels good to play a new game, designed for modern audiences. But that’s not the only element of the game built upon previous entries in the series.

Square-jawed Alan Bradley is still the leader of the Terran Alliance. Nothing surprising about that. Consider my surprise when I meet the Terran Resistance, a whole new faction of revolutionary humans. The Corporate Sector is no longer made up of Ferengi -like greed monsters, it’s now a true melting pot of greedy creatures of every species. The violent, cannibalistic Drengin are on the rise. There was a whole recent business with a super-big force field that shattered galactic stability.

There are so many big strategy games that offer unparalleled depth in customization. This is not one of them. While you can go to Stellaris to plan in a story-generating sandbox, Galactic Civilizations IV is playing a different sort of game. Though you can create your own faction, this is a galaxy with lore. And history. The faction bonuses allude to the series lore, with more implication than exposition. Doubtlessly there are players who long to dive into the series Wiki to catch everything they’ve missed. Maybe you are one of them. There’s a whole bunch, and most of it is solid space opera stuff. But even players who are more into the strategy gameplay will probably absorb some history about the Arnor and the Dread Lords. 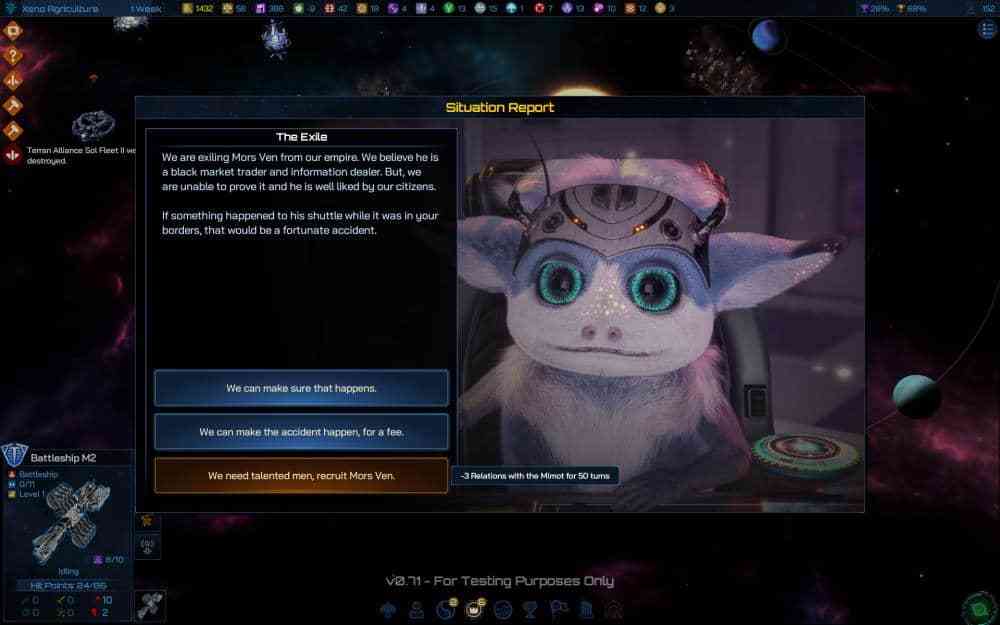 There’s been a lot of innovation in strategy games in the last few years, and Galactic Civilizations IV is not a revolution. It’s a sequel, bigger, neater, and smoother. All the things a sequel hopes to be. With so many new, fizzy strategy games, it’s nice to see a long-running series retain its core and its spirit. Galactic Civilizations IV is safe and deeply playable. 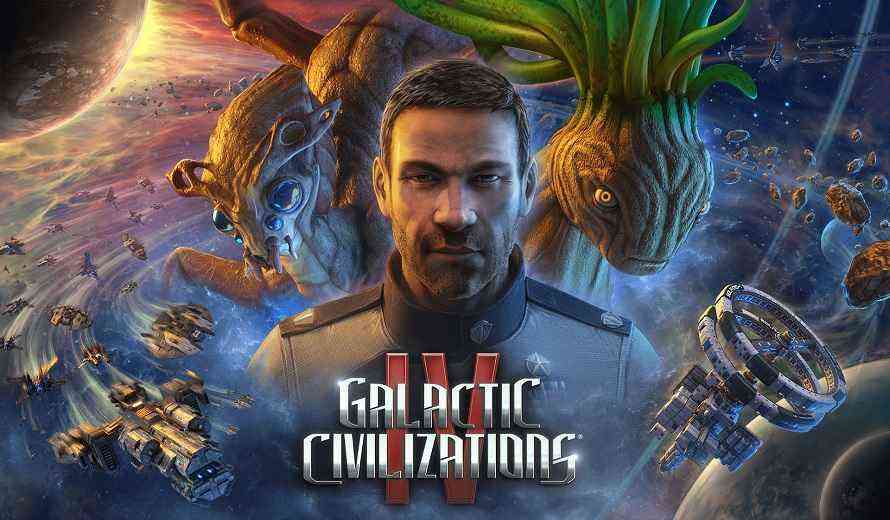