Godzilla Defense Force is a free mobile base management game about Godzilla monsters doing what they do best: destroying cities (and sometimes saving them too)! Those cities include locations in Sydney, Tokyo, and London, according to a press release.

A short gameplay trailer can be viewed below.

This Godzilla mobile game is available for download today on the App Store and Google Play and it features a roster of monsters (or “kaiju”) from 29 Godzilla films that range from “the original 1954 film and on to the present day,” according to the press release. 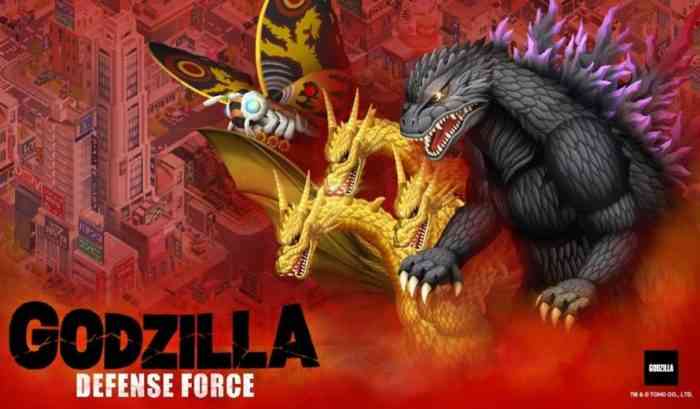 “Players will improve their ability to defend the world by building an increasingly powerful deck of Monster Cards by defeating world-threatening KAIJU, which can then be strategically used to give new skills and buffs to their decks,” the press release read. “As players collect Monster Cards, they not only build their deck’s power, but also add to their Codex, unlocking detailed descriptions of monsters alongside images from their respective movies. When they’re not defending cities, players can bolster their forces through lunar colonization.”