JoJo’s Bizarre Adventure: All-Star Battle R is not just a simple remaster of a PS3 fighter. CyberConnect2 aims to do much more than add a coat of paint to the title. With an expanded roster, new gameplay-altering ‘assist ability’ and a bunch of additional features, will this be the ultimate celebration of the franchise?

2022 marks 35 years of JoJo’s Bizarre Adventure and All-Star Battle R encapsulates that. With 50 unique characters from across its lifespan, fans of the series will be overjoyed with its cast. From classics like Will Anthonio Zeppeli to new fighters such as Robert E.O. Speedwagon, the game includes an incredible number of characters. If you are not familiar with the array of strange and wonderful personalities, unfortunately, it will remain like that as the game does nothing to introduce them. As all members of the roster are instantly available, it can get a little overwhelming; especially due to the lack of a character training mode. With wildly different fighting styles and gimmicks, it’s difficult to learn the nuances of each competitor without these tools. Instead, you’ll have to rely on the command list, the basic practice mode and experimentation to master the art of fighting.

On the battlefield, JoJo’s Bizzare Adventure is a simple and rather sluggish affair. You can quickly get to grips with the combat due to the three-button attack system. With ease, you can link these strikes, however, they lack the fluidity seen in contemporaries in the genre. In addition to this, you can also hammer the light attack to perform a flashy, cinematic combination. The inclusion of these accessible features will help novice players to engage, however, there are still many features for veterans to master.

Even though fights take place on a 2D plane, there is a dedicated dodge button that allows you to move into the environment. With adept timing, you can avoid damage and counter to get the advantage. It’s at these points you may come across Arena Gimmicks. Certain stages have an area that initiates an environmental attack. Chandeliers can drop, crazed horses with chariots can race around and much more. While these are quite odd, they and another dimension to fights. 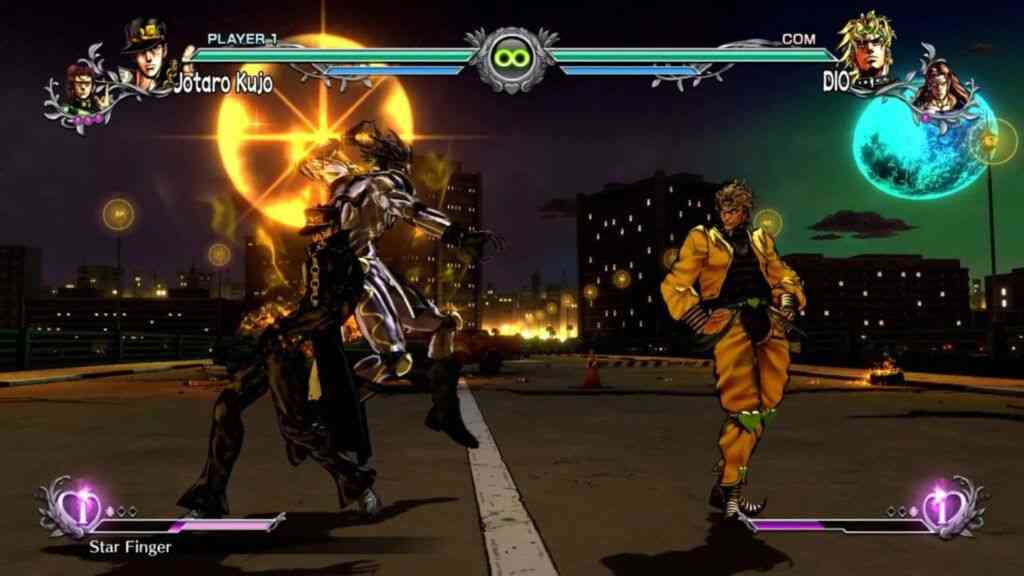 Each fighter has a specific style that alters how you approach combat. Some will summon other beings, increase their stats and much more. While this does offer more ways to diversify your offense, the absence of a comprehensive tutorial means it’s harder to get to grips with each character’s alternative style. However, the fact that each fighter has these additional elements is fantastic fan service.

A new addition to the game is the ability to select another character to support you in battle. This works similarly to that of the Marvel vs Capcom series, you can call in your partner for certain attacks to help you overcome your opponent. The addition of this opens up various possibilities. Now you have new defensive options, new ways to link combos and much more.

A Walk Through Time

Single-player options are massively important in the genre and it’s here where JoJo’s Bizarre Adventure succeeds. All-Star Battle is a rework of the original campaign and gives you over 100 challenges of varying difficulty for you to tackle. Fights will have particular modifiers and missions which reward you with items upon completion. You can use the currency you earn to purchase items in the shop or perks to support you in difficult matches. The mode includes various parts which link to story arcs from the long-running series. While it doesn’t offer much in terms of a narrative, it’s a fun mode with plenty of content. 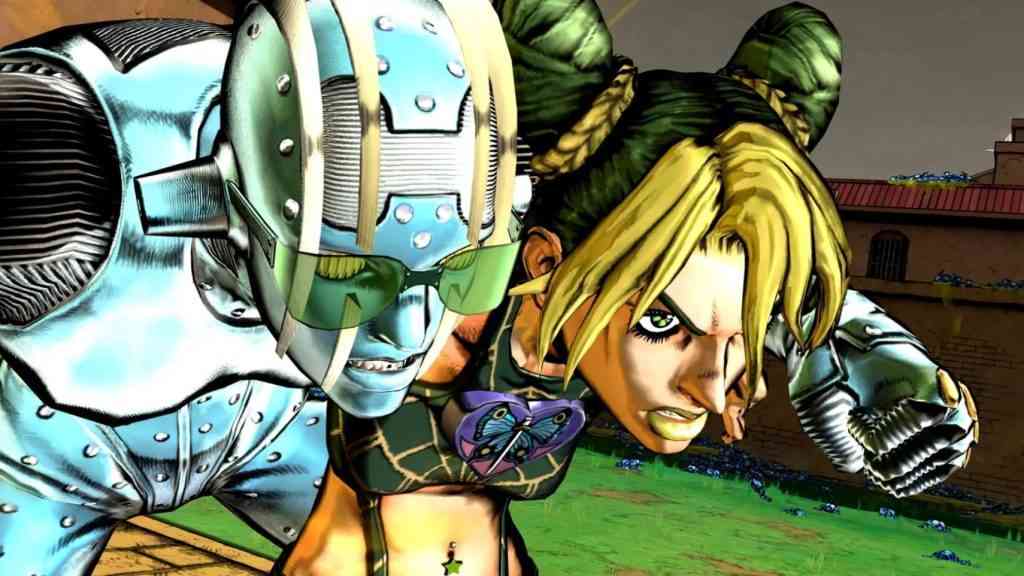 Additional modes typical to the genre are also part of the package. You can battle through the arcade, fight friends in versus and learn your craft in the basic practice mode. A key aspect of any fighter is online competitive play but JoJo’s Bizarre Adventure falters with this aspect. While it includes an interesting mission system and the usual player and ranked matches, the netcode mars the experience. Online matches are inconsistent. Some run without issues while others will be plagued with input delay. Due to this, the online component of the game can cause frustration.

JoJo’s Bizarre Adventure: All-Star Battle R is a celebration of the weird and wonderful world of the franchise. Fans will love the number of characters and nods to key moments from the series, however, the gameplay lets it down. Its age becomes more apparent as you fight. The sluggish combat and simple systems mean that it can’t compete with its peers. While fans of the original will enjoy the new features, it misses that knockout blow. 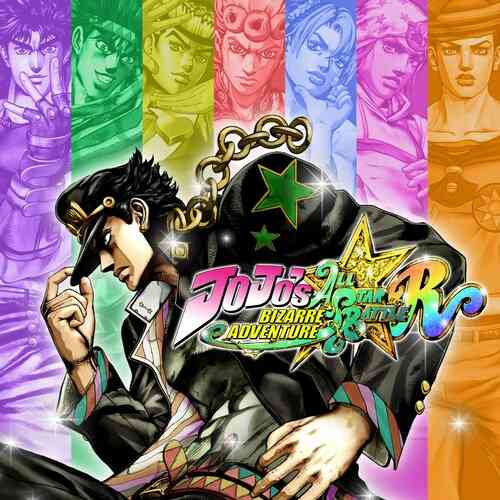