What has my life become? I’ve been playing I Am Bread, and much like the main character, I’m worried that my sanity is slipping. Can this be true? Can I really be enjoying a game where you play as a slice of bread? Well, sort of… 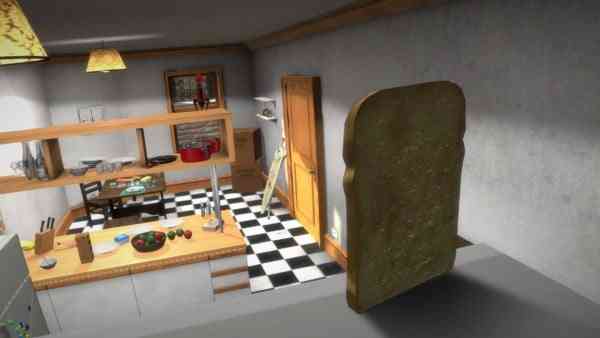 I Am Bread is the latest title from the nut-loafs over at Bossa Studios UK; the same people that brought you Surgeon Simulator. In fact, I Am Bread is the prequel to that very game. It isn’t obvious because you play as a slice of bread instead of a surgeon, but trust me, the universes are somehow related.

This game might have the most ridiculous premise I have ever encountered. It goes without saying but in I Am Bread you control a slice of bread and your objective in every level is to toast yourself. Of course you do this while the owner of the house is away; it’s like a crusty version of Toy Story. How you go about getting toasted is up to you since there’s usually a couple ways to do it per level. Some are harder than others of course, and if you try some of those more difficult techniques, don’t be surprised when things go a-rye.

“Crumby puns aside, the game is frustrating and entertaining in equal parts. I Am Bread is for a very special kind of gamer.”

What I mean by that is that it’s not enough to simply toast yourself, you need to stay edible as well. Crawling along the ground is a poolish idea; the yeast appealing thing I can think of is a filthy piece of bread. So the game becomes an exercise in creative manoeuvring of your environments. That’s easier said than done though, since I Am Bread is basically the QWOP of bread simulators. Each of the shoulder buttons corresponds to a corner of your slice. As you can imagine things get crazy as you attempt to climb along walls and ceilings to try to reach that toasting device. It wasn’t long before my eyes glazed over and I was just playing on instinct. It’s kind of Zen like that.

Aside from the main story the game has a number of additional oats: Bagel race, Cheese hunt, Zero-G, and a few others. Unfortunately they mostly feel tacked on and act as a thin egg wash to the denser story. The exception being the Zero-G mode. This was actually pretty fun and somewhat hilarious. A lot of I Am Bread’s appeal is in the hilarity. Between the bits of darkly surreal story and the core act of driving a piece of bread through the levels, I wasn’t starved for chuckles. 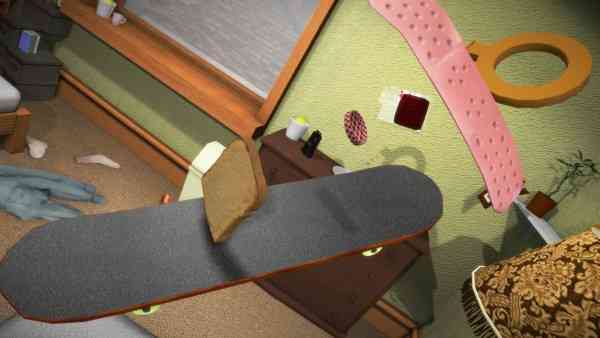 Technically the game is unimpressive. Visually it’s bland and everything looks doughy. And for reasons I can’t fathom it chugs like it’s been dipped in gluten. A little graphical zest would have gone a long way. Sandwiched between the poor visuals and framerate are the long load times. I really feel the game really kneaded a couple more technical passes before it was shipped.

Crumby puns aside, the game is frustrating and entertaining in equal parts. I Am Bread is for a very special kind of gamer. It’s for a patient soul, someone who appreciates the absurd, and someone who wants a break from the norm. I appreciate I Am Bread for what it is and the hilarity that comes along with physics based games. But it’s a take it or leaven it deal in this case. Either you’ll love I Am Bread for its quirky charm, or you’ll hate it for it’s challenging and thin gameplay.

Unimpressive technically
Can be frustrating 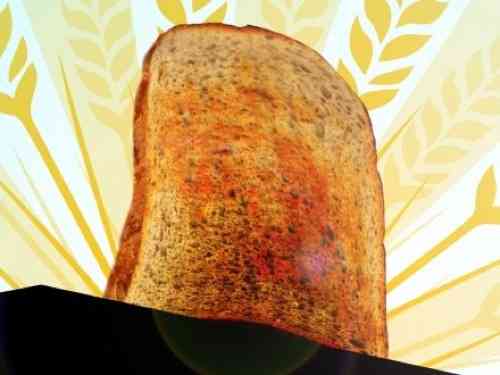