Nobunaga’s Ambition is a series with a lengthy history, dating back to the earliest days of gaming. The first iteration of the series came out all the way back in 1983 and Sphere of Influence was released to celebrate its 30th anniversary. The extremely intricate strategy game has now gotten its North American release, something hardcore strategy fans should be rejoicing over. Nobunaga’s Ambition may not be everyone’s cup of tea but fans of the genre will be completely enthralled by the depths plumbed by this game.

If you want to know just how deep and thoroughly in-depth this game is, all you have to do is look at the tutorial. The tutorial is thankfully very detailed and walks you through the basic steps of the game and takes roughly an hour to finish. That’s right, in order to have a basic grasp on the game, you’re going to need an hour. As Lord, you can manage pretty well everything that will make your land prosper. From crops to buildings to troops, each month will offer you a bevy of things to take care of.

There are a dozen or so scenarios for you to play through that are based on actual historical events from Japan’s deep and rich history. In each of these scenarios, there are about a dozen Lords to choose from. Most of them end up with not only the over arching mission, but also a unique on to the Lord himself. I’m not too up to date on my Feudal Japanese history, but this seems to be the basis of these missions. Each Lord also has land, population and castles that vary between them that you will have to manage.

Each village has an advisor that will oversee crops, crafts and conscripts from month to month. You can boost any or all of them from month to month, but doing so will cost you precious gold. You can also build new facilities, like a market or a tower, to the villages that will boost the village accordingly. You can also upgrade your castles from its base model to a very impregnable fortress that no Lord would dare attack.

“Nobunaga’s Ambition may not be everyone’s cup of tea but fans of the genre will be completely enthralled by the depths plumbed by this game.”

All of this is managed on a monthly basis as the game takes a full stop to allow you to allocate resources in your council meetings. In addition to taking care of your castles and villages, you can also use the council meetings to take care of political goals as well. You can surreptitiously recruit the advisors of other Lords, send an advisor to another’s court to gain favour or you can send spies to stir up dissent in the tribes in another land or quell the dissent in your own.

Finally, there’s waging war. You’ve spent time boosting your recruits and currying favour with neighbouring Lords to ensure their allegiance, so now comes the time of crushing the other Lords who pay you disservice. Your armies are represented by Tetris style pieces that indicate the forces on the field. Hopefully you outnumber your opponent and can use your troops to easily outflank them, destroying them effectively. If you don’t outnumber them, prepare for a battle of attrition as you try to keep your troops from being outflanked and overrun. If you manage to win on the field, you lay siege to the castles which is where you allies come in so you can fully surround the opponents base. Yes, even the combat is tedious and requires a lot of work. 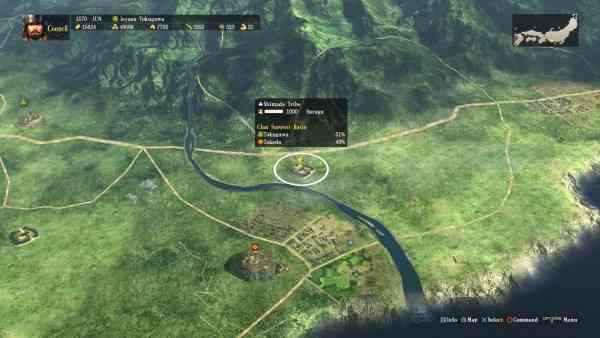 Of course, all of these actions take coin and coin is not easy to come by. The inability to simply throw money away monthly keeps you busy as you need to frequently stay on top of each and every action and make sure your spending is not outweighing your income. Depending on the state of your fiefdom when you begin the scenario you choose will either be a few hours or several increments of a few hours.

Nobunaga’s Ambition does also have a couple of drawbacks as well. The graphics never get much better than a top down overview of Japan. While you can jump out to see a full view of the entire country and then jump to whatever province you wish to see, you never get closer than the cloud level which left me feeling a little disassociated from the people I was so meticulously governing. The battles with the Tetris pieces work from a strategy point of view, but the hard fought battles I talked about above are more frantic than I would have liked as you have to maneuver a great many units who don’t seem to want to listen and can’t make choices on their own. Also, while the controls were very clearly laid out, I found that the PS4 controller wasn’t ideally suited to a game entrenched in strategy that is mostly clicking and requires some quick thinking in the battles. This, of course, will not come as a shock to anyone who owns a console, but it can be daunting when you invest so much time in the game. 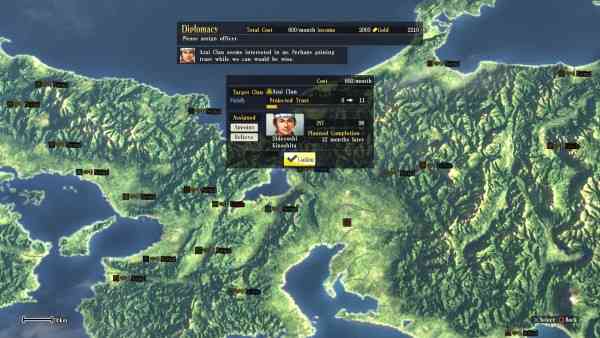 Nobunaga’s Ambition: Sphere of Influence is the 14th entry into a 30 year old series and that pedigree is shown off in spades here. A strategy game that allows you to govern your people down to the smallest detail and allows you to let yourself be fully immersed in the war and politics of Feudal Japan. While the genre isn’t for everyone and the amount of effort and attention to detail may even be too much for fans of the genre, the newest Nobunaga’s Ambition is a dream come true for hardcore strategy gamers. A few drawbacks in the game won’t stop you from enjoying this in-depth strategy game and pouring an exorbitant amount of time into propelling your Lord to the top of the Feudal food chain.

In-depth tutorial
Inclusion of Japanese history
Fans will love it 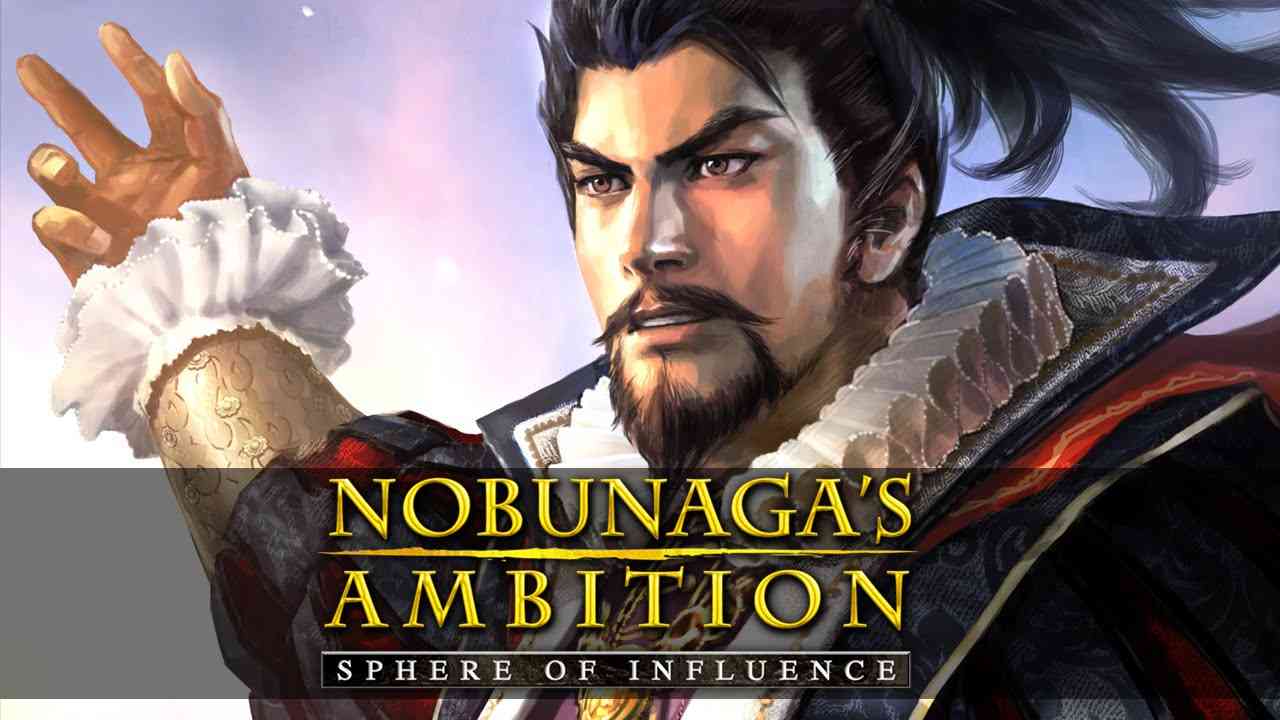