The player takes the role of the exterminator. What needs exterminating? Well, hangry bunnies from mars of course. Your mission is to rid the streets of New Los Angeles of this furry menace along with your team. But don’t actually expect your team to do anything other than talk to you or crack jokes at your expense. They don’t expect your clone butt to last long.

On the way to the streets, the team will explain all of the mechanics to you. There are 3 possible guns and 2 secondary weapons. Got all that? Good, it’s time to begin. The fluffy bunnies will arrive down one of 3 alleys: left, right or straight ahead. Blast away; that’s it. As you exterminate more bunnies your weapon gets upgraded. Starting with a Pellet Pistol, then the Rabbit Reaper and finally the Vermin Vac/Hare Heaver.

“It doesn’t matter how good you are at shooting, the secondary weapons are what will be the deciding factor on when your eventual death comes.”

The shooting isn’t bad. There are 3 enemy types: your basic fluffy bunny that turns into a hangry monster after a few shots, some scouts that are hard to shoot at but ultimately harmless, and some big giant bunnies. The secondary weapons come in handy for overwhelming hoards of bunnies, either providing a temporary push back in all directions or corralling a large group together and sending them hurling. It doesn’t matter how good you are at shooting, the secondary weapons are what will be the deciding factor on when your eventual death comes.

The controls are pretty simple, point and shoot for the most part, no need to really move your whole body. Weapon changes, when available, use the side buttons on the Vive controller. This works, but once all three weapons are at your disposal it can be a nuisance to change from the Vac to the Reaper and then back to the Vac quickly. It cycles through the weapons in descending or ascending order. I can’t think of a reason to equip the Pellet Pistol after unlocking the other two, but switching between only two of the three doesn’t seem possible without temporarily equipping the pistol again. 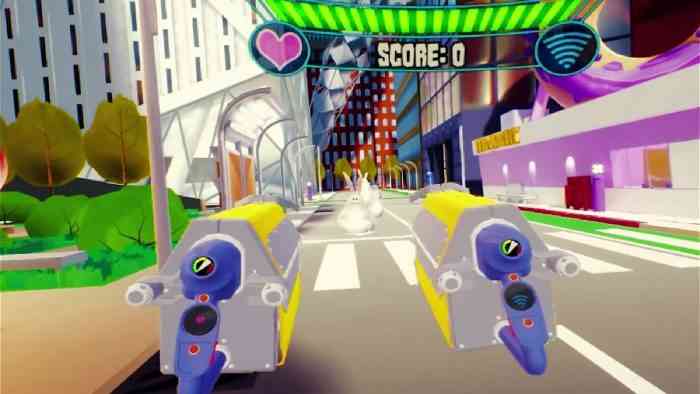 The visuals are pretty good and remind me a lot of Rick and Morty: Virtual Rick-ality. That sort of cartoon style seems to do well in VR. The real highlight though is the commentary from your team. Yes, they pick on you for being a clone, along with all the usual going on about that. That extra conversation going on with them does make things more enjoyable. It may seem like a small thing, but still worthwhile; you are just shooting alien bunnies over and over after all.

Hangry Bunnies From Mars is an enjoyable game in short bursts. There isn’t much variety in it, you just kill bunnies. It is a bit above average as far as wave shooters go in VR, since shooting feels goods and weapons are fun. The reality is that while it is a fun diversion from time to time, it isn’t much else. 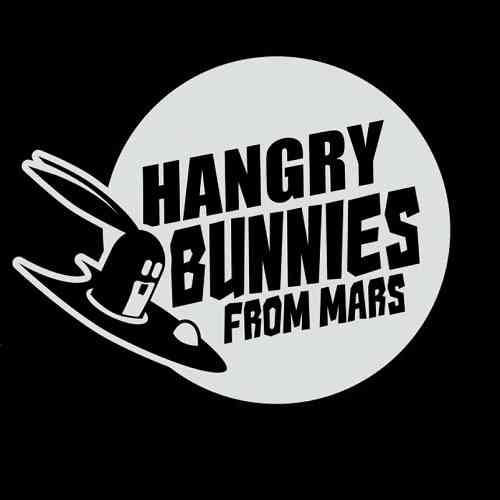