Guacamelee! was one of the most enjoyable games in 2013. Back then, I said it had “style in spades, charming writing, deceptively deep gameplay, and (was) wholly satisfying to play.” It still applies – Guacamelee is one of the most entertaining, tightest controlling games I’ve played in years. Drinkbox Studios has pressed another tortilla this year in the form of Guacamelee! Super Turbo Championship Edition (STCE). Compiling all previous DLC with a host of other changes, does Juan’s adventure stand up a year down the road?

Guacamelee! STCE tells largely the same story as the original. You play as Juan, an agave farmer from the village of Pueblucho. When El Presidente’s daughter is captured by evil skeleton Carlos Calaca, Juan is forced to become a fearsome Luchador and foil the evil scheme. Although far from groundbreaking, the story is written with such wit that you’ll hang on every word. The puns are constant, and references from Mario to Star Wars to Journey are sprinkled liberally around the world. Most characters are quite memorable, with Juan’s trainer/goat-man Uay Chivo being a particular standout. Specifically for  STCE, the storyline has been fleshed out with additional content, addressing one of my only issues with the original game – length. 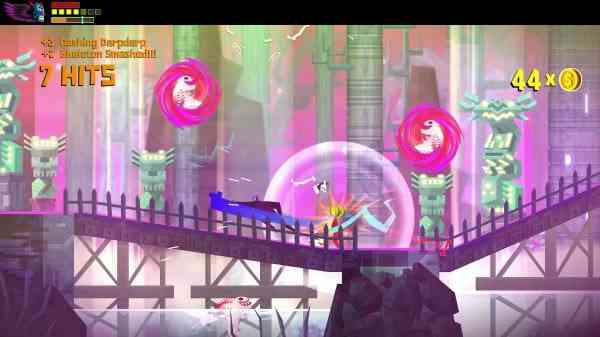 The gameplay of Guacamelee! holds up equally well. It’s a progressive platform action game in the classic style of Metroid, with Juan constantly learning new abilities to access new environments. There’s a fair amount of backtracking, but it’s made tolerable by alternate paths and creative use of abilities. For example: Juan’s chicken form  provides access to tight areas, while the Frog Slam often opens quick exits from dungeons. Juan also frequently enters the world of the dead, adding a light/dark mechanic to the game. Enemies, platforms, and characters often only appear in one of the two worlds, so creative movement between the two is necessary.

As I said in my original review, combat is the real ‘meat of the burrito’. It’s excellent. It feels like a refined brawler, with a variety of punches, kicks, and throws available for use. Combos, juggles, and dodges are all necessary for success – no single tactic works for all enemy types, and this fact keeps combat interesting. STCE introduces INTENSO – a meter that fills as you fight, and allows Juan to become super powerful in short bursts. Guacamelee’s combat was varied and exciting to begin with – INTENSO adds yet another layer to things. Balancing the presence of INTENSO are the new Elite level enemies; stronger, faster, and smarter than typical baddies.

Jumping puzzles continue to be a strong aspect of Guacamelee. They become extremely complicated as the game progresses and require both dexterity and timing to pull off. Many areas require 5 or 6 moves be pulled off with exacting precision in the space of a couple seconds. It’s frustrating without a doubt, but oh so satisfying when the correct sequence is nailed. 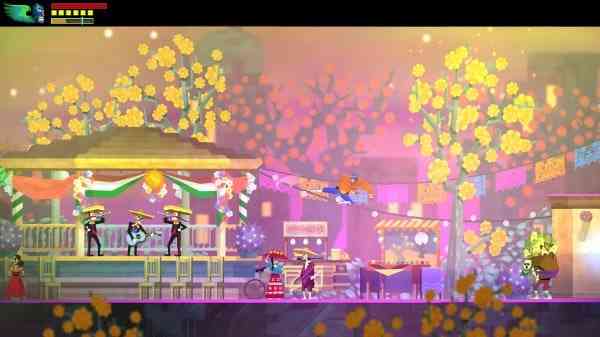 The minimal RPG elements of the original have been expanded as well. In addition to the original health, stamina and strength upgrades, Juan can now buy new costumes that modify the flow of the game. Although not necessary to complete the game, the new costumes alter gameplay enough to keep things interesting for veterans.

Guacamelee! Super Turbo Championship Edition takes one of the best games last year and makes it better. If you’re a platform fan, a brawler fan, an action fan, hell, if you’ve ever eaten a tortilla, you owe it to yourself to give Guacamelee! a try. It’s smart, stylish, and funny, all while being one of the most sharply tuned games around. Better yet, it’s free for Xbox One Gold members this month. Go play it.